Canada to regulate digital giants and make them pay for news

Canada's Online News Act is meant to help alleviate the revenue crisis facing news publishers -- given how over the past two decades, there have been deep cuts to newsrooms worldwide.

Lawmakers in Canada have unveiled legislation this week that would require global digital giants to pay for local news content, in step with a landmark law passed by Australia last year. 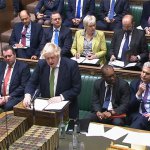 The Online News Act, which is expected to be passed into law by Prime Minister Justin Trudeau’s Liberal government with backing from a small leftist faction, comes after more than 450 news outlets closed in Canada since 2008 as digital platforms took over the space.

“The news sector in Canada is in crisis and this contributes to the heightened public mistrust and the rise of harmful disinformation in our society,” Heritage Minister Pablo Rodriguez told a news conference. He noted billions of dollars in advertising revenues that once fed newsrooms across Canada now mostly go to two companies: Facebook and Google.

The new law would require tech giants to make fair commercial deals with Canadian outlets for the news and information that is shared on their platforms, or face binding arbitration. In addition, the Online News Act will further cement the role of the regulator authority in Canada that will oversee administration of the new legislation, the Canadian Radio-television Telecommunications Commission (CRTC).

It builds on Australia’s New Media Bargaining Code, which was a world first, aimed at making Google and Facebook pay for news content on their platforms. Australian regulators had similarly accused the tech companies, who dominate online advertising, of draining cash away from traditional news organizations while using their content for free.

Big tech firms had fiercely opposed the Australian legislation initially, fearing it would threaten their business models, but with amendments, it was easily passed by lawmakers. In essence, the Code is meant to help alleviate the revenue crisis facing news publishers given how over the past two decades, there have been deep cuts to newsrooms worldwide. A large number of local print papers have either turned fully digital or been shut down completely.

Let alone smaller news outlets, many of which have been forced to close as big tech companies like Google and Facebook dominate distribution. Prior to the Australian legislation, Google entered into a copyright agreement with six French newspapers and magazines last year, while France itself had also imposed a tax on internet giants despite the US threat of retaliatory sanctions.