The challenges of launching a new factory and developing a new way of battery manufacturing are likely to be too much. 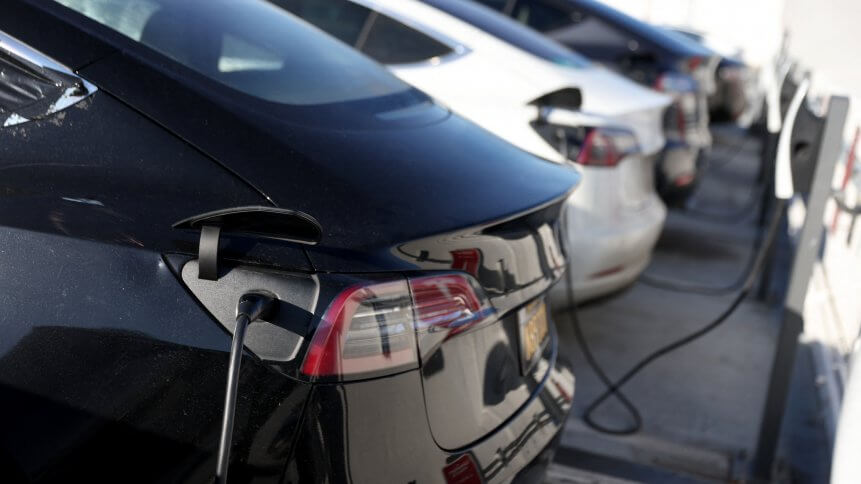 In late 2020, founder Elon Musk announced Tesla’s aim to halve the costs of the most expensive critical component of an electric vehicle (EV) — the battery. To do that, Tesla plans on producing their own batteries, instead of relying on their suppliers like Panasonic Corp, CATL, and LG Energy Solution. However, experts and analysts reckon that Musk’s goal is too far-fetched, for now at least.

Tesla is in fact already working on its own cheaper, more powerful batteries for its EVs although many of the required innovations are still works in progress. For context, the advances could ultimately cut battery costs by more than 50%, and also increase the distance Tesla’s vehicles can travel by nearly as much.

That would set the stage for the company to make a “compelling” US$25,000 electric vehicle three years from 2021, when Musk shared his company’s intentions to be self-reliant. The plan was to start mass-producing Tesla’s batteries this year onwards. However, according to market experts quoted by Reuters, it is unlikely for the company to hit its ambitious targets.

The soaring prices of raw materials

“The challenges of launching a new factory and developing a new way of battery manufacturing are likely to be too much,” the report said, adding that stakes are high since prices of battery ingredients like nickel are hitting records on supply fears stemming from the Russia-Ukraine conflict.

The costs of other relevant commodities, especially the one used in cathodes — the most expensive part of a battery — have also been rising. The more facilities open up and the more efficient processes get, the lower the costs. The catch is that when these materials can be processed more efficiently, the faster the industry goes through raw inventory. This in combination with low prices has caused a stark shortage, and eventually a price hike.

Even Musk himself forecast in January for battery supply to be limited next year, making in-house production a key growth indicator to him. But the cost of an EV battery has long been a big hurdle. BloombergNEF claims that in 2010, a lithium-ion battery pack cost US$1,100 kilowatt-hours.

In short, the cost of the battery makes up a significant portion of the overall costs and reductions could dramatically change the costs around electric cars. So when Elon Musk teased Tesla’s purported game-changer electric cars‘ battery back in September 2020, the company’s longtime Japanese cell supplier Panasonic announced that it will begin mass-producing the new battery this year, in 2022.

Panasonic eventually revealed that it will begin production of the new lithium-ion batteries by the end of this month. The cells, known as ‘4680’, will be made exclusively for Tesla first. “It’s really, really difficult to manufacture at a speed and at scale,” University of Chicago professor Shirley Meng told Reuters. 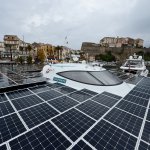 Musk admitted that making the batteries at scale will be very difficult, but they are critical to his goal of building less expensive, longer-range electric cars that will keep Tesla ahead of a growing pack of competitors. The new Tesla’s 4680 lithium-ion batteries — 46-millimeter wide and 80-millimeter tall battery — are around 5x bigger than those currently supplied to Tesla.

The larger size is designed to pack more power into cells. “We get five times the energy with six times the power and enable 16% range increase just form factor alone,” said Andrew Baglino, Tesla’s senior vice president of powertrain and energy engineering, at a battery technology day the company held back in September 2020.

For an electric vehicle, more range and power means that essentially, fewer batter cells can do more. That will help reduce EV battery costs, which are the biggest reason EVs cost more to purchase than gasoline-powered cars. Panasonic said it was building a new production facility at its Wakayama factory in western Japan to produce the new 4680 battery cells.

Reuters also added that Tesla is facing a lengthy process in ramping up its battery factory which is made complicated by plans to use a new manufacturing technology called dry electrode coating. “The crowning difficulty for Tesla is that it is planning a new manufacturing process, called dry electrode, a technology it obtained via its 2019 acquisition of California startup Maxwell Technologies,” the report noted.

The factory equipment, Musk said, “doesn’t exist. It’s being made.” Although dry electrode manufacturing skips a traditional, complicated step of battery manufacturing that involves a chemical slurry, it will be cheaper and more efficient if it works. Even so, Musk freely admits it will be a challenge.