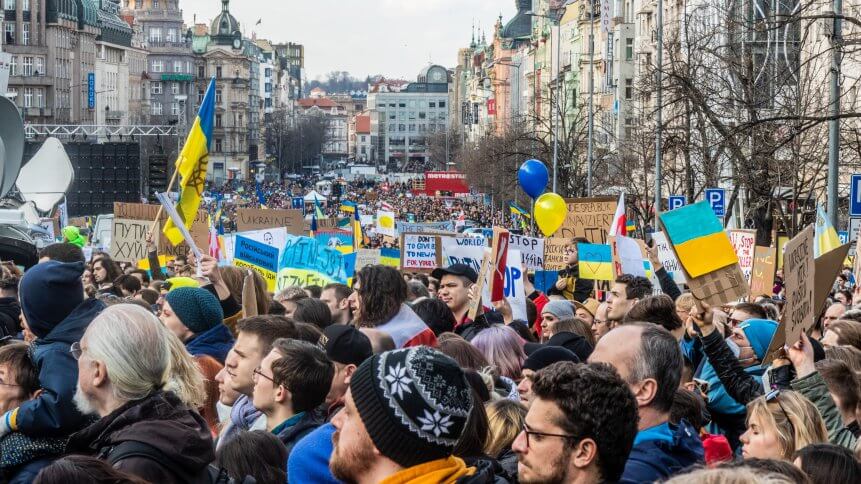 As the Ukraine-Russia conflict progresses towards the end of its first week (may it end before that), Ukraine talents in tech have also stepped up to the plate with their own talents and contributions to the war effort, alongside others who have similarly answered the call.

As it stands, numerous big tech companies around the world have already complied with sanctions placed upon Russia, with names like Apple and Nokia, as well as financial enablers Visa and Mastercard, placing limits or halting sales and services to Russia as a result of the invasion of Ukraine.

However, the local tech scene’s talents have also risen up and are doing what they can to aid their country in this conflict.

The diversity of Ukraine’s tech talents

One thing to keep in mind is that Ukraine is a tech talent hub that has been growing considerably in the past two years. Western tech companies, in particular, have outsourced work to Ukraine talents in an IT development economy that has exported $6.8 billion in IT services in 2021.

This outsourcing chain, which has over 250,000 tech professionals working in Ukraine for names such as Lyft and Ubisoft, has become an example of how Ukraine’s talents in the tech worker community is aiding the war effort, by petitioning the companies they work for, many of which are Silicon Valley companies, to knock down disinformation websites, encourage Russians to turn against their government, and speed delivery of medical supplies.

Still others have turned to what they know best, diving into code to craft cyber solutions, be it enabling others to donate to the Ukrainian military, such as Adwisely, or developing an app to notify citizens about air-raid sirens, such as Ajax Systems.

The power of hearts and minds through social media

The invasion of Ukraine by Russian armed forces has disrupted a global tech supply chain that has left its mark, not just on the tech giants who have been forced to pick a side in the conflict, but also on tech SMEs in the region as well. Among the tech community, there are those who still continue working, while camped out in shelters and cellars, because work helps to divert attention from events.

Still, local spirits seem to remain strong, as Ukraine is seen as winning the war of hearts and minds against Russia, evidenced by its influence on three important constituencies, its own citizens and their fighting spirit, outside nations, some of whom have provided more support than expected, and people in Russia who sympathize with Ukraine, with pockets of protest growing all over Russia.

Through the use of social media platforms like Twitter and TikTok, Ukrainians have utilized tech to resounding success, compared to Russia’s more tightly-controlled flow of information, which includes attempts by state censors to cow Facebook into stopping their fact-checking and labeling of state-affiliated media, with Facebook now blocked in Russia.

The morale from Ukraine’s win in the information war can be felt across numerous industries, be it from the support of nations, offers of transport, supplies, and refuge by companies employing Ukrainians, to an announcement about a pause in development from an internationally-acclaimed video game developer in the country.

In a video released on its Youtube channel, Kyiv-based studio GSC Game World stated: “Now we are striving to help our employees and their families to survive. The game development shifted to the sidelines. But we will definitely continue. After the victory.”