Google, Ford, the Michigan government, and the City of Detroit are teaming up to once again make the 'Motor City' a mobility innovation hub once again. 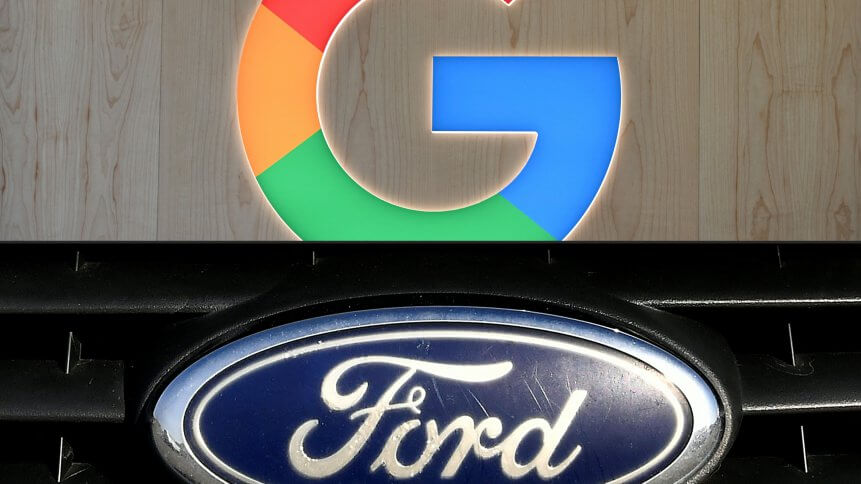 Detroit, Michigan used to be known as the hotbed of American automotive innovation, and with the involvement of the Ford Motor Co., tech bigwig Google, and a once-rundown train station, the city might once again be recognized as a vehicle research hub – except this time, the focus will be on electric and autonomous transportation.

Google and Ford will form the backbone of a new private-public collaboration that also includes the city and state governments of Detroit and Michigan, respectively, to reintroduce the former Michigan Central Depot as “a hub for mobility innovation, entrepreneurship, sustainability and community development”, according to a February 4 statement from Michigan Central.

Plans for a mobility-focused smart city project, the Michigan Central Innovation District, were first revealed by Ford shortly after buying the 18-story, 500,000-square-foot train depot in 2018. Google joins Ford as a “Founding Member”, along with other companies who will collaborate on self-driving and electrical vehicle research, test transportation products, services and experiences, and launch forward-looking mobility solutions.

Michigan Central itself aims to boost US mobility innovation, as well as train people in Detroit “for the high-tech jobs of the future and collaborating to solve mobility problems challenging communities.” As a tech partner, Google will supply cloud tech for the autonomous and electric vehicle projects, while Ford is already restoring the train station which has been abandoned since 1988 – but is now drawing global partners to build an “inclusive, vibrant, walkable mobility innovation district” in Detroit’s oldest neighbourhood of Corktown. 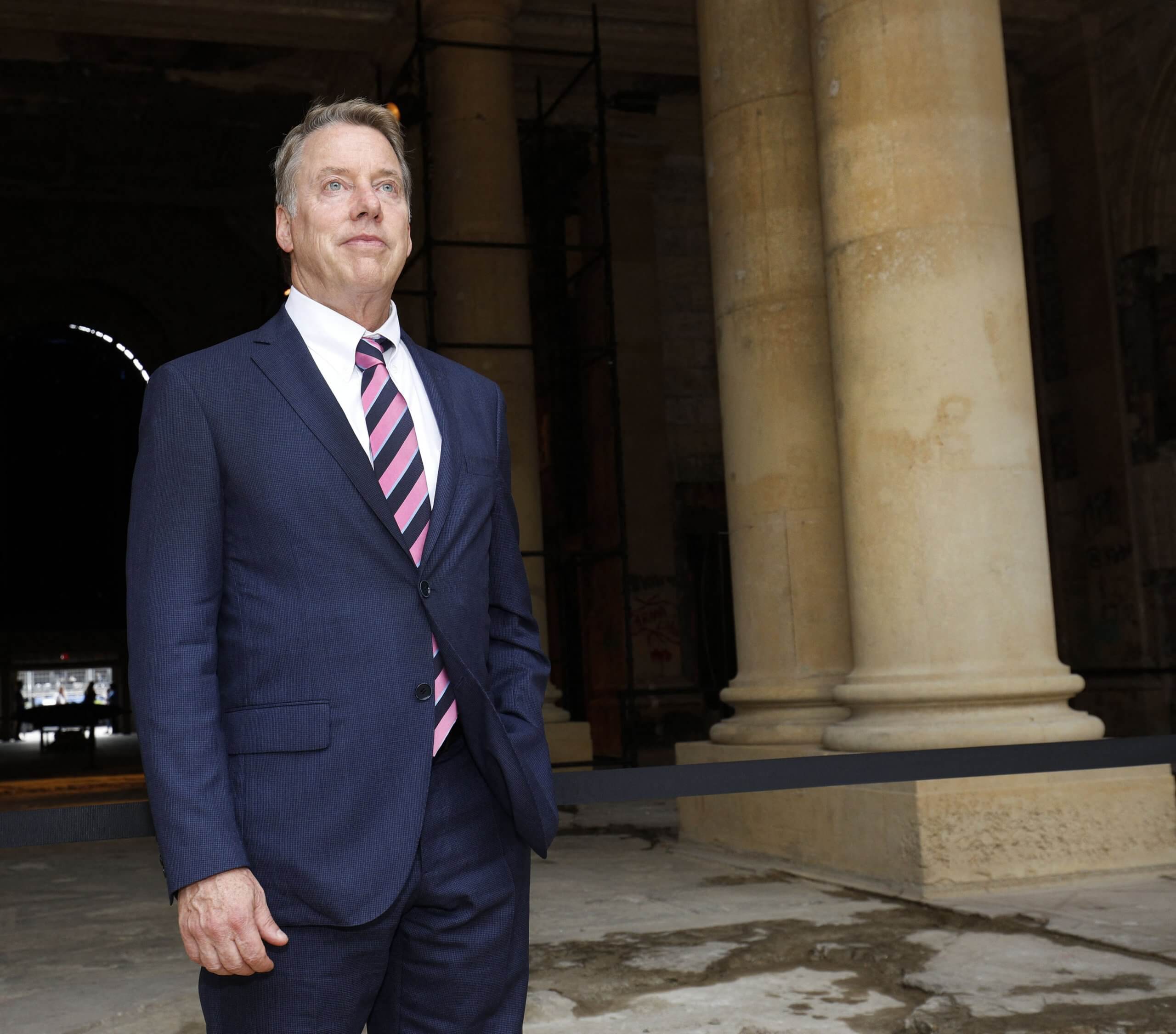 “Only a few short years ago, I announced Ford’s investment in Detroit because I believed in a vision that reimagined the iconic Michigan Central train station and surrounding area as a place of possibility again,” Bill Ford, the executive chair of Ford, was quoted in the release. “The arrival of Google as a founding partner is exactly the kind of investment and progress I knew was possible to revitalize our hometown. And I could not be more pleased that the City of Detroit and the State of Michigan are also joining us in this ambitious effort. I know it is only the beginning of what we can achieve together.”

The state of Michigan has already pledged US$126 million to both old and new programs and resources that align with smart mobility aims of the Michigan Central innovation hub and the surrounding communities, “’through new standards for housing and engagement, and that other economic goals become reality.”

“Ford is an American icon that has left its mark on Michigan – and the world – for more than 100 years, and we are proud to partner with Ford and other founding members at Michigan Central to shape the next century of transportation solutions while reducing emissions and accelerating electrification,” noted Michigan Governor Gretchen Whitmer in a news release. “By embracing a whole-of-government approach in our collaboration with Michigan Central and the city of Detroit, we are writing the playbook for a new kind of partnership that keeps Michigan at the forefront of mobility for generations to come.” 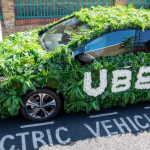 Uber commits to going fully-electric by 2040 or sooner

And as Detroit, the ‘Motor City’, Mayor Mike Duggan’s office intends to make it easier for smaller businesses to transition into safety kicking off and testing projects in this smart city and sustainability avenue, by introducing a Transportation Innovation Zone in the designated area. Startups and corporations in the Zone can have ready access to improved and expedited review and approval processes, to more effectively navigate piloting breakthrough innovations in a real-world, but controlled, environment.

“Just a few years ago, this train station was our city’s international symbol of abandonment,” said Mayor Duggan in the news release. “Now, it’s the symbol of our city’s resurgence and soon will anchor this new innovation district, developed by Ford, where innovators from around the world will create the future of mobility.” 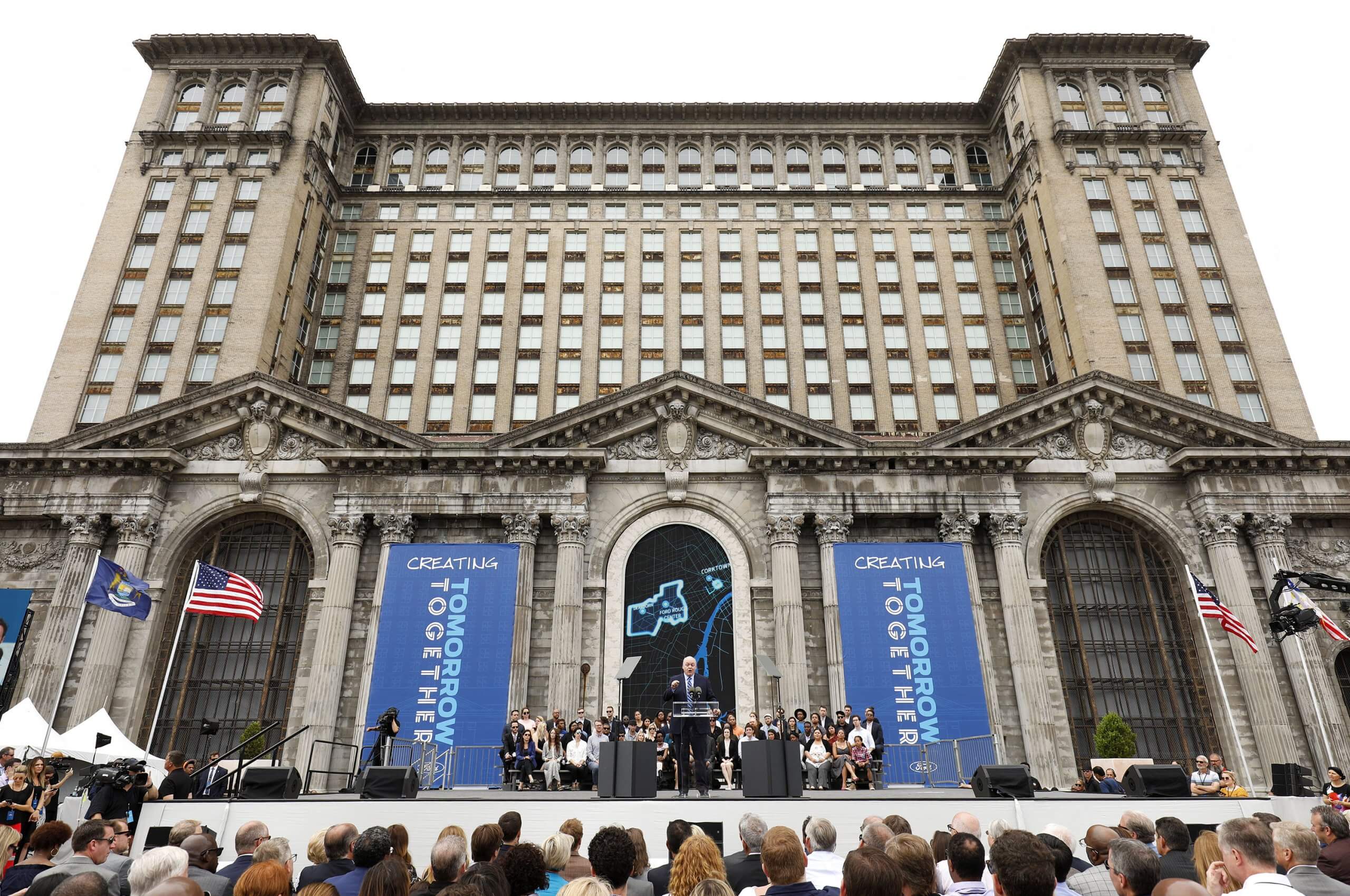 To top it off, as befits the first Ford corporate partner in this initiative, Google will also open a brand-new Code Lab Next in the city, with the aim of teaching high schoolers about computer science literally. Alongside that, the Alphabet company will also team up with local non-profits to offer its Google Career Certificate, which provides digital skills and experience in in-demand fields that do not require degrees.

Google Certificate graduates will be considered for relevant jobs at Ford plants, and the US pioneering automaker will also give its existing employees access to the reskilling certificate programs, with an eye towards training them for roles in the Michigan Central research hub.

“We’re proud to join Ford as a Founding Member at Michigan Central. This partnership will expand our work in Michigan and help a substantial number of people gain the skills and tools they need to succeed,” commented Ruth Porat, SVP and CFO at Google parent firm Alphabet, in the same release. “By offering digital skills training, mentoring to high schoolers learning to code, and Google Cloud technology for Michigan Central projects and research on the future of mobility, we look forward to contributing to Michigan Central’s mission and all it will accomplish.”

Mayor Duggan concurred, saying, “For more than a century, Detroit has been the leader in automotive innovation and [the Michigan Central hub] marks a major step forward in keeping Detroit at the forefront of mobility innovation for the next century.”