Cryptocurrency is not a priority for most Brits

Skepticism towards cryptocurrency is rife in the UK with 49% of consumers not willing to use it for their banking or payments due to security concerns. 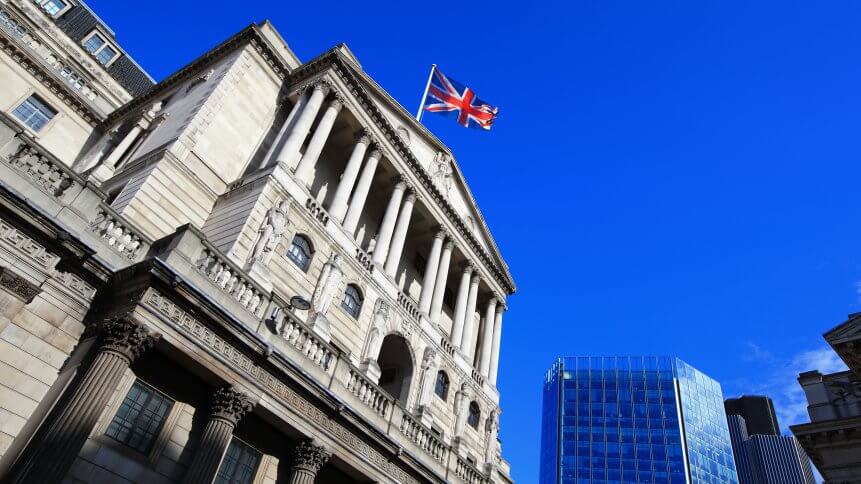 Cryptocurrency has been experiencing a topsy turvy period of the last couple of months. The huge increase and decrease in crypto have made many users skeptical of their crypto investments. While some feel it’s a good time to invest, many also feel that the uncertainties are just too heavy of a risk for them.

At the same time, security concerns towards cryptocurrency in recent times have increased. Not only are crypto exchanges being targeted by cybercriminals, but there has also been a huge jump in the number of investors losing funds to crypto scams around the world. Restrictions and regulations on crypto payments by certain governments around the world have also made users now think twice if investing in cryptocurrency is really beneficial for them.

Interestingly, despite this, the adoption of cryptocurrency for payments in some industries has seen an increase. But not all consumers are having the same views towards it.

Safety is being the biggest reason why British consumers are not convinced with crypto payments, with 54% feeling their funds would not be safe. Others prefer using physical to digital currency (47%), and many prefer currency to be issued by a central authority like the government (41%), which cryptocurrencies are not.

Of those that would be willing to use cryptocurrencies, many like how they are resistant to government interference or manipulation (46%), and their inability to be counterfeited or double-spent (42%). 41% also feel like their money would be safer and better protected.

Ian Lowe, Head of Industry Solutions at Okta pointed out that although the perception, popularity, and adoption of digital banking have improved, digital currency is still being met with skepticism.

Lowe added that it’s still early days for cryptocurrency, with India having just become the first major economy to announce its digital rupee, while China is testing digital yuan in certain cities. Nigeria has also recently launched a pilot, and El Salvador became the first country to use Bitcoin currency as legal tender.

“The UK is currently exploring the feasibility of a central bank digital currency (CBDC), nicknamed ‘Britcoin’, which would sit alongside cash and bank deposits. So while Brits aren’t bought into the concept now, this could change in the future, as our lives become more intertwined with the digital realm,” commented Lowe.

Is cryptocurrency the future of banking?

While cryptocurrency may be the future of transactions in the future, banks are wanting to stay relevant to the changes as well. The emergence of challenger banks for example has spurred new digital capabilities from traditional banking providers. However, consumers have become less tolerant of banking issues, and much more likely to switch after a bad experience.

81% of consumers say they would be willing to switch banks after an incident, such as the implementation of additional fees (45%), a data breach (41%), or poor customer service (39%). Only 10% display loyalty to their current bank by stating that there is nothing that could lead them to switch to a different provider.

A huge majority (86%) of UK consumers have an online bank account, including almost a fifth (18%) with a digitally-native challenger bank, rising to nearly a third (29%) of those aged 18-29. Most Brits (61%) admit to interacting with banks and financial services more digitally than physically over the past year – some because Covid-19 made it inevitable (36%), and others because they found it more convenient (26%).

“Digital banking adoption was already well underway, and the pandemic has accelerated changes in financial services that are here to stay. However, this has spurred higher expectations from consumers in tandem. Convenience has driven Brits online, but as a result, they want security, simplicity, and reliability from their digital banking experience. If not, they won’t hesitate to make the switch to a competitor – something even easier now with the help of Open Banking,” added Lowe.

Interestingly, in other industries, more Brits would be willing to make the switch back from digital to physical interactions if they experienced weak security processes (46%), data breaches (44%), inconveniences (42%), or poor customer service (34%) from their online provider.

For the financial services sector, however, this is an unlikely outcome. Over half (53%) admit to preferring digital interactions with their bank, with less than a fifth (19%) preferring physical interactions, indicating potential repercussions for the survival of the traditional branch. More than two-fifths (42%) also confess to trusting their bank more because they don’t have to visit in person.

With security standing as the most important attribute for consumers when interacting with digital financial services, over a third (35%) trust online banks to protect their data. Two-thirds (65%) of people also like that they can make transactions and access services more quickly online, and almost half (49%) say they have received a good digital service from their provider.