Data will still be the treasured element of the buyout, as Microsoft entrenches itself further in gaming even as it looks ahead to the metaverse. 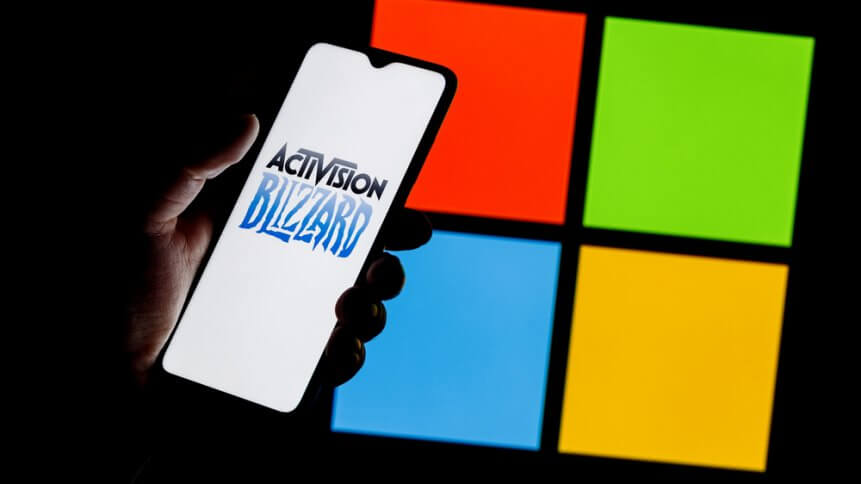 In the wake of the biggest Microsoft Corp acquisition, the mega US$68.7 billion deal to bring in Activision-Blizzard Inc., questions and uncertainties abound when it comes to the future of the merged companies and of the industry — be it of tech, gaming, the metaverse — and maybe more? With that in mind, what are the implications that could come about as a result of this massive deal, and its wider implications than just purchasing a big gaming IP? 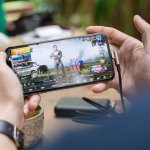 The announcement came on Jan 18, that Microsoft would be buying up the shares of the merged interests of Activision-Blizzard, a company that has been embroiled of late in lawsuits alleging sexual and workplace harassment, as well as allegations of falsifying knowledge of such situations in financial statements.

Activision-Blizzard shares were valued at US$95 each, with the deal totaling US$68.7 billion to be fulfilled in an all-cash transaction, inclusive of Activision-Blizzard’s net cash. The deal, when it closes, will make Microsoft the world’s third-largest gaming company by revenue, behind China’s Tencent and Japan’s Sony.

Was the Activision acquisition a good deal?

And yet, Activision-Blizzard is also a company knee-deep in scandals, especially allegations of sexual and workplace discrimination, with a lawsuit from California’s Department of Fair Employment and Housing accusing the game-maker of unequal pay, promoting men over women, and widespread sexual harassment.

However, these issues were not declared in the company’s financial statements to investors, which has led to shareholders suing the company for withholding the information, and subsequently leading to the US Securities and Exchange Commission filing a subpoena and launching an investigation against Activision-Blizzard.

That being said, do the benefits of the Microsoft buyout really outweigh the risks of the acquisition, especially with the regulatory scrutiny? When asked about this, Dexter Thillien, lead analyst of technology and telecoms at the Economist Intelligence Unit, believes that the issues may have actually sweetened the deal for the X-Box maker instead. 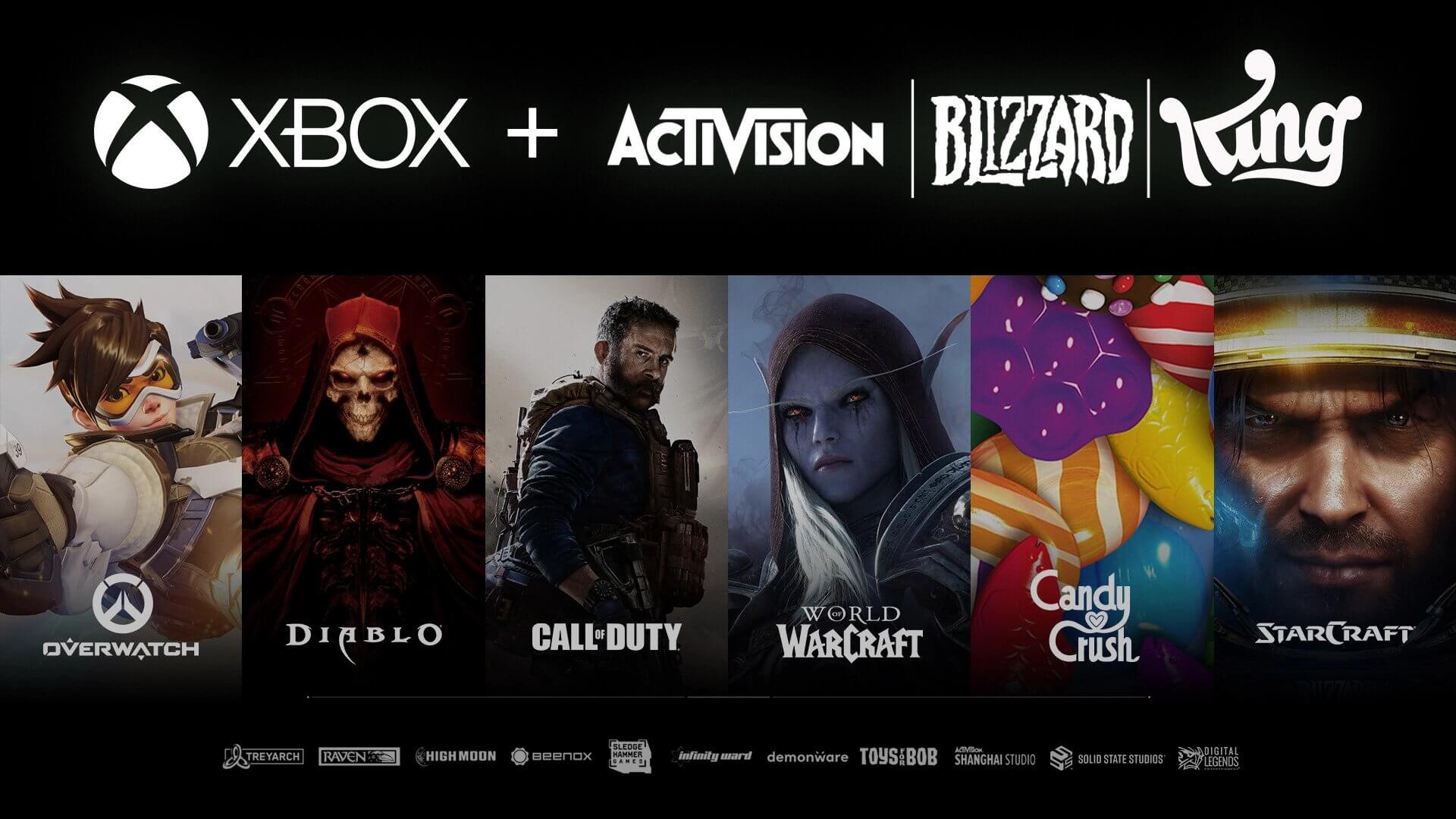 Some of the Activision-Blizzard content library that is already an irrepressible presence on Microsoft’s gaming platforms. (Source: Microsoft)

“You’re right that it will increase regulatory scrutiny on Microsoft, and that there are several issues which need to be dealt with at Activision (and at Microsoft itself), but those issues potentially made the deal more attractive to Microsoft, as it lowered the price Activision could have asked for considering its assets and its content,” said Thillien.

He also noted that Microsoft has been looking to become a stronger consumer player in recent months, with multiple reports suggesting it was interested in acquiring TikTok, Pinterest, or Discord.

“The Activision deal follows this strategy, and is perhaps a better fit considering Microsoft does have some prior experience in gaming,” he said, adding that he believes Microsoft’s plan is to use gaming to boost its cloud offering, Azure, by having more customer data, thus boosting its AI capabilities.

“This would also position the company for the metaverse in the future, where it will leverage both gaming and its core enterprise business,” he said.

As with any large-scale deal within an industry, the other players will also be affected. As an example, in this case, Sony had lost US$20 billion in market value after the deal. But what other implications would there be, both for the gaming industry that is always growing in value, as well as the metaverse, which Microsoft would like to establish a firmer foothold in with this acquisition?

Thillien believes that there will be a deeper focus on cloud gaming for the industry, as well as a consolidation of companies moving forward.

“Gaming will increasingly look like streaming, with multiple platforms, where users can play on their mobile, TVs or laptops, looking to have the best content to make sure these users are happy to pay for the service every month. Consoles will become a more niche market compared to the potential of gaming on everyday devices, helped by improved connectivity,” he said.

Gaming will also be a core element of the metaverse going forward, said Thillien. “We see it with Meta, which is leveraging its 2014 Oculus acquisition to launch that market. If the metaverse is an immersive virtual world, many games already offer a similar type of content, which is why a company like Epic Games (partly owned by Tencent) will also look to launch its own service,” he noted. 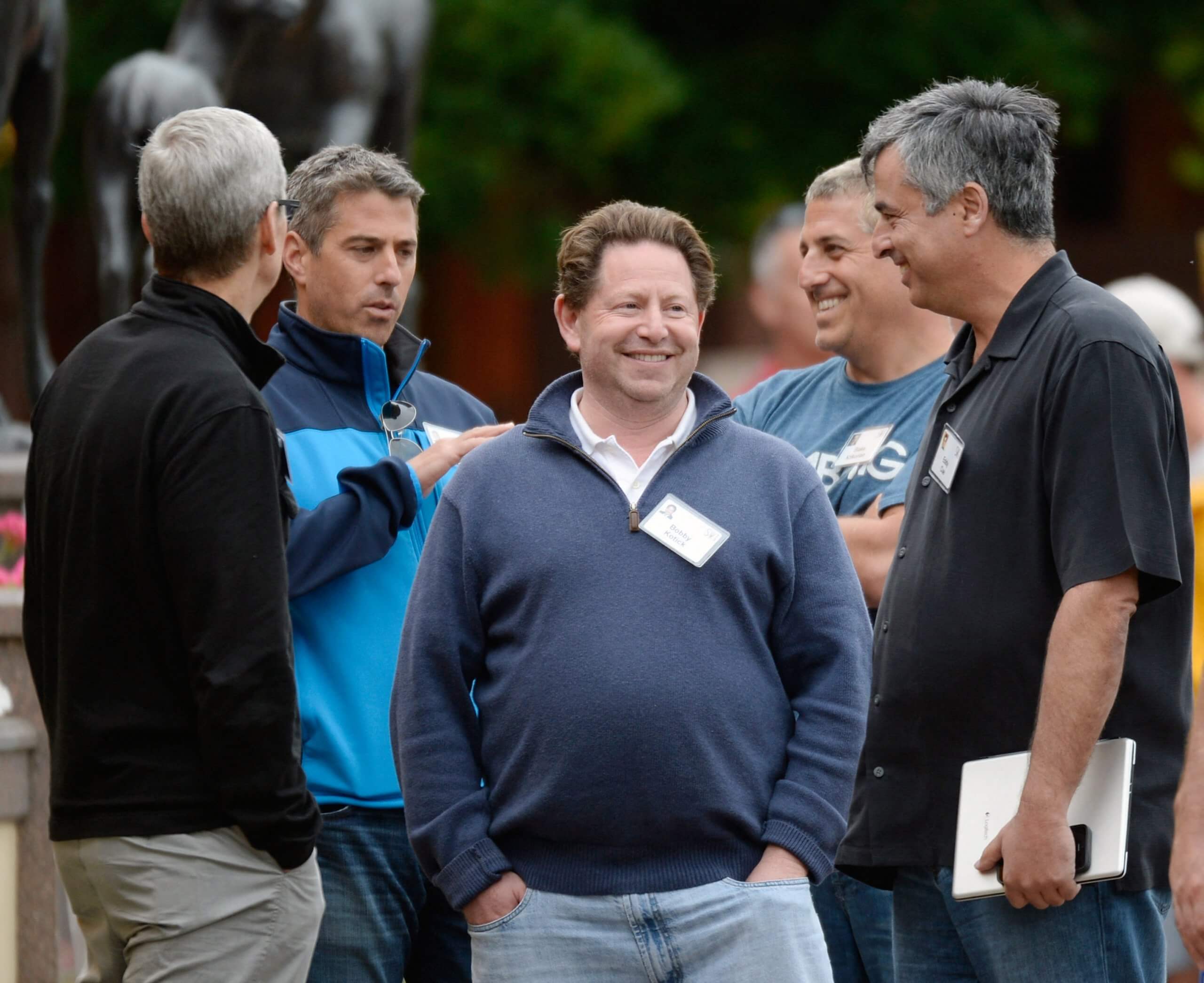 Regulatory scrutiny of a different sort

Still, with large tech mergers and acquisitions, such as the tie-up between chipmakers Nvidia and Arm, coming under intense scrutiny by regulators concerned about anti-competition maneuvers, would the Microsoft acquisition of Activision-Blizzard be subject to, or suffer from, such oversight?

Thillien agrees that there will be greater scrutiny, with multinational deals requiring multiple approvals as multiple countries will investigate. However, he also believes this does not mean the deals will be blocked, though it does increase risks for companies due to the concessions being asked of them.

The analyst highlighted that a potential concession for this deal could be for other platforms to be given access to Activision-Blizzard content. “The Microsoft/Activision deal is a vertical merger, which is traditionally more difficult to regulate than a horizontal merger, which would remove one competitor from the market.”

“However, on the same day of the announcement, both the Federal Trade Commission (FTC) and Department of Justice (DoJ) in the US announced a review of their merger guidelines, which highlights that this is the area they feel they can have an impact on the market, while they wait for legislation to be passed; the FTC is even looking at past mergers, such as Facebook acquiring WhatsApp and Instagram,” said Thillien. 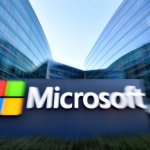 Still, regulation takes time, and regulators are constrained by law, noted Thillien. “For them to block a deal, they need to make sure it can go through the judicial process that will necessarily follow,” he stated.

But what about user data security?

With the thought that Microsoft will be leveraging user data from the acquisition and collecting more through the metaverse to better compete with the world’s number one cloud player AWS, the question of cybersecurity and user data protection had to be raised.

Thillien still sees data as the key element to drive future growth for many companies, but does not think the metaverse will change that data-powered dynamic. However, he believes there will be questions as to whether the current framework for data privacy is still fit for purpose.

“We have seen Meta acquiring some patents which would track every movement of a user, which can then potentially be monetized. We have also seen issues when Google Glass first launched ten years ago in terms of people being tracked in public, and these issues will be raised when similar devices enter the market,” he said.

He shared that the EU is starting to consider the metaverse as an area to be considered for regulation, but it seems that current rules, such as privacy, will need to be applied no matter what, considering the EU has the General Data Protection Regulation (GDPR). But the US still lacks federal-level privacy rules, which gives consumers less protection.

“Some business models are under more regulatory scrutiny, specifically targeted advertising or prioritizing a company’s own products, but data is still seen as the key element to drive future growth for many companies,” said Thillien. He added that there is also a geopolitical element, as the Cloud Act in the US gives authorities the right to access data on a US platform — regardless of wherever it might be physically housed.

“The EU has never been keen, hence the issue with regards to cross-border data flows, and this is why it is pushing the GAIA-X infrastructure. However, US players are still considered the most advanced, which is why Microsoft was picked at first to be the cloud provider for the French Health Data Hub, though that decision is currently being reviewed.”

“The metaverse will add another layer of complexity in areas which are currently being scrutinized,” Thillien theorized.