Google, Facebook slapped with their first fine of 2022 in Europe

Both companies were fined for failing to allow French users to easily reject cookie tracking technology. 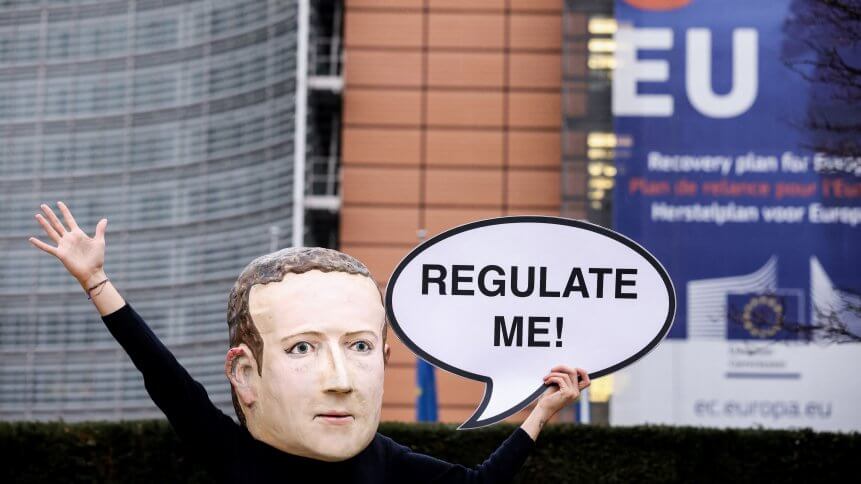 Google, Facebook slapped with their first fine of 2022 in Europe. (Photo by Kenzo TRIBOUILLARD / AFP)

Google is once again in trouble with the French watchdogs for violating the European Union (EU) privacy rules and got its first fine of the year — this time alongside Facebook. This week, France’s National Commission for Information Technology and Freedom (CNIL) has issued both tech giants with fines totaling €210 million, over their use of “cookies”.

To be precise, the French data privacy regulator had slapped Alphabet’s Google with a record €150 million fine, for making it difficult for internet users to refuse online trackers known as cookies. Meta Platforms’ Facebook, on the other hand, was fined €60 million for the same reason.

“CNIL has determined that the sites facebook.com, google.fr, and (Google-owned) youtube.com do not allow users to refuse the use of cookies as simply as to accept them,” the regulatory body said in its statement. To be fair, as Reuters puts it, Internet users’ prior consent for the use of cookies — tiny snippets of data that help build targeted digital ad campaigns — is a key pillar of the EU’s data privacy regulation and a top priority for the CNIL.

To top it off, Google and Facebook will also risk a daily penalty of €100,000 if they do not fix their practices within three months of the CNIL issuing the decision. These include the obligation for Google and Facebook to provide French internet users simpler tools for refusing cookies, in order to guarantee their consent.

The decision applies to the Google-owned google.fr and youtube.fr websites, as well as Facebook’s French platform. Although Google and Facebook provided a virtual button to allow the immediate acceptance of cookies, there was no equivalent to refuse them as easily, CNIL said.

Looking back, the €150 million fine imposed on Google was a record by CNIL, beating a previous cookie-related fine of €100 million euros against the same company in December 2020. At the time, the CNIL found that Google’s French websites didn’t seek the prior consent of visitors before advertising cookies were saved on computers and failed to provide clear information about how it intended to make use of them.

According to the European news portal Politico, a spokesperson for Facebook’s holding company Meta said, “​​We are reviewing the authority’s decision and remain committed to working with relevant authorities. Our cookie consent controls provide people with greater control over their data, including a new settings menu on Facebook and Instagram where people can revisit and manage their decisions at any time, and we continue to develop and improve these controls.”

Google meanwhile believes “People trust us to respect their right to privacy and keep them safe. We understand our responsibility to protect that trust and are committing to further changes and active work with the CNIL in light of this decision under the ePrivacy Directive.”

CNIL has apparently sent 90 formal notices to Google and Facebook since April. Prior to those two, French newspaper Le Figaro was the first to be sanctioned, receiving a fine of €50,000 in July for allowing cookies to be installed by advertising partners without the direct approval of users, or even after they had rejected them.