TikTok topples Google to become the most popular website

The Bytedance-owned app’s popularity exploded during the pandemic.

It was not much of a surprise whenever Google.com emerged once again as the most popular domain of the year, considering the wide range of must-have services it provides — from Maps to Photos to Drive. Things have however been changing since the pandemic, and there is a new table-topper in the World Wide Web. From being the seventh most famous domain last year, ByteDance-owned social video app TikTok dethroned the search engine behemoth and tops the chart for 2021.

Internet infrastructure company Cloudflare, based on its data in Cloudflare Radar, said that as opposed to TikTok, Google — with its renowned superstar services such as Waze, Google Translate, Flights, Books, and News among others seeing it end 2020 as the undefeated leader in domain rankings — was always on top, until at least this September to December period.

“2021 told a different story. It was on February 17, 2021, that TikTok got the top spot for a day. Back in March, TikTok got a few more days and also in May, but it was after August 10, 2021, that TikTok took the lead on most days. There were some days when Google was top, but October and November were mostly TikTok’s days, including on Thanksgiving and Black Friday,” Cloudflare said in its blog post.

It was also this year that the popular short-form video platform surpassed the one billion mark of monthly active users. Meanwhile, Facebook.com was steadily number two for the majority of 2020, but with TikTok going up, Facebook is now firmly in third place, followed by Microsoft.com (Office365 and Teams numbers are included there) and by Apple.com (App Store and Apple TV+ numbers are included), the latter few in the same order as they were the previous year, Cloudflare said.

“We can see that, just like Google, TikTok took Facebook from its crown of the most popular social media website-domain in our ranking. So, that should mean that TikTok as a social media platform got more Internet traffic from our standpoint,” Cloudflare noted, adding that Facebook is still, by far, the platform with more users worldwide.

“Amazon.com is the juggernaut that follows, but it is interesting to see that since January 2021 the e-commerce website has jumped in front of Apple.com. But Apple got back in front, after September, with some exceptions like November 28, 2021, the day before Cyber Monday — and also December 1 and 6,” the report stated. 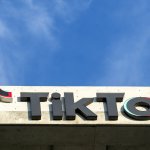 Alongside Tiktok and Google, e-commerce rules em’ all

Since the pandemic, Cloudflare said that e-commerce continues to strive and grow at an even faster pace than before. The top four e-commerce domains including Amazon, Taobao, eBay, and Walmart all wound up in the internet service provider’s global ranking top 100 and that happens steadily throughout the year.