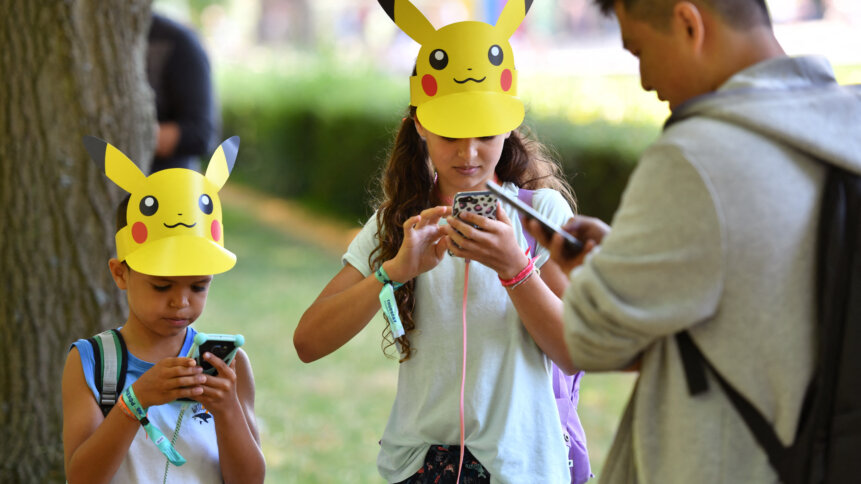 Switzerland’s Leo, 9, and his sister Lea, 10, look at their phones during the Pokemon Go Festival on July 4, 2019 at the Westfalenpark in Dortmund, western Germany. – The festival runs until July 7. (Photo by INA FASSBENDER / AFP)

Niantic, makers of the Pokémon Go augmented reality game that took the world by storm with its real-world location tracking, is teaming up with a startup called FOLD, a digital currency payment platform, to create an AR game that lets players earn cryptocurrency just by performing their daily exercise routine.

Thanks to augmented reality, the metaverse future is already here

The Niantic Real World Platform will allow users to perform specific actions in real life, such as visiting certain locations or discovering specific items to earn cryptocurrency for use within Niantic’s games. This is the latest in a long line of collaborations between collectors and developers for collectible games since Pokémon GO’s inception — but potentially could be the first to merge the physical world with the virtual via augmented reality, and have elements of crypto-based digital payment housed within it.

According to Niantic CEO John Hanke, “the world is ready for new kind of games.” He continued: “we’re looking forward to combining our expertise in building location-based augmented reality mobile experiences with Fold’s knowledge in providing consumers easy-to-use payment solutions.”

The Pokémon Go phenomenon is not to be understated, being the most successful and widely-adopted mobile game with significant integration of real-world physical and virtual locations. The game has broken all sorts of records, including a record-breaking 7.5 million downloads during the first week of release and over US$2 billion in revenue since then.

This is a fascinating time for the gaming industry. The advent of blockchain technology and cryptocurrency has enabled developers to power game types previously impossible, or at least unfeasible. 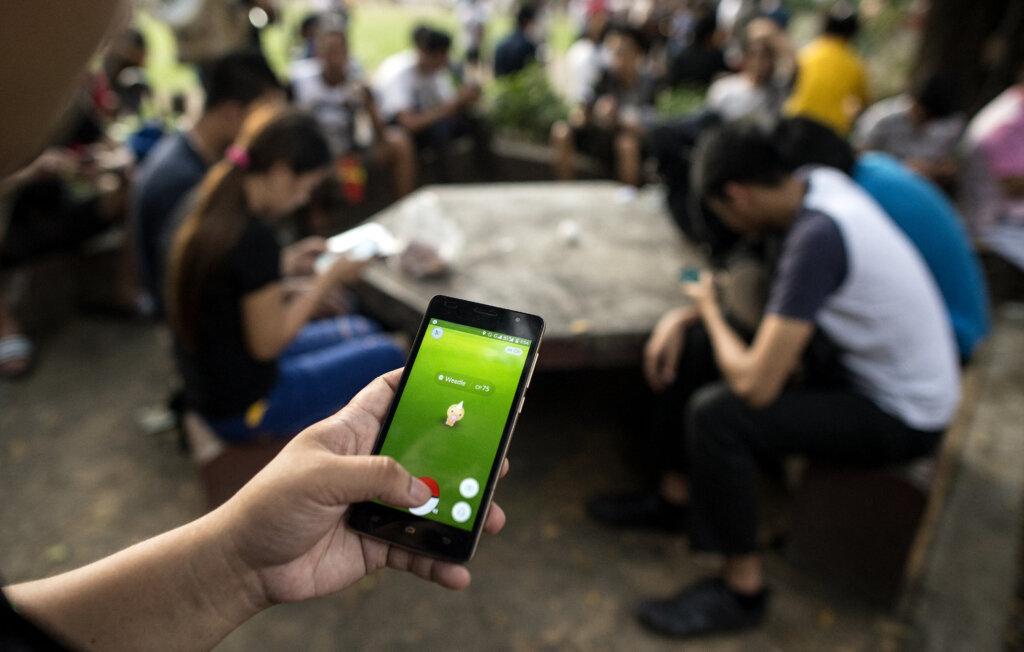 Digital games are a great example of metaverse technology applications. As the Niantic Project has proven with Ingress, augmented reality is ready to become a business application, and the commercial success of PokémonGo has shown that AR gaming can be a blockbuster business in its own right.

Niantic’s AR-infused games have many functions that can be transplanted for metaverse business applications. In Niantic’s game, players are given a map to locate Pokemon and PokeStops in physical places like museums and parks, to get more items. When the player reaches a PokeStop, they have to tap on it and spin their phone around to get the items out of it. This could easily be applied to 3D modeled spaces or virtual worlds because you could use GPS location.

Future for cryptocurrencies in the metaverse

The metaverse represents the next evolutionary step for blockchain technology and cryptocurrencies, and AR-enabled games could leverage them to power a lot of these revolutionary technologies to be used in everyday transactions.

The hyper-reality layer that the metaverse provides allows it to be used as a marketplace for buying and selling digital goods or even renting out one’s virtual property. One such example is Decentraland, a virtual reality platform powered by the Ethereum blockchain. Users can create, experience, and monetize content and applications.

A plot of virtual land in Decentraland recently sold for US$2.4 million as fans convert to digital real estate and land as a speculative investment. Meanwhile, Sandbox, a virtual metaverse has traded a total of 4,433 digital assets, valued at US$70.5 million.