As wearables provide the complete experience in the metaverse, Meta has been working on several new wearable tech to enhance users presence in it. 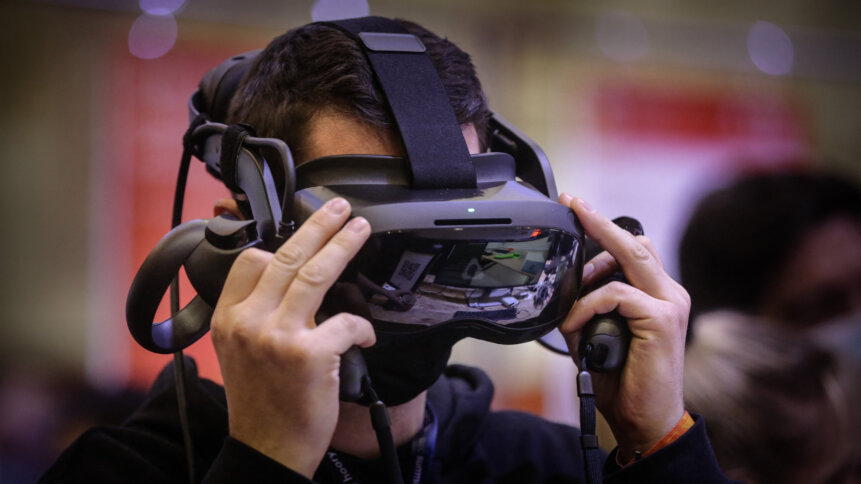 Without wearable technology to bridge between the material and virtual worlds, the metaverse will be little more than a pipedream. The whole notion of the metaverse is to experience realism virtually. And the only way to do that is through virtual reality (VR) with wearables that can support the realism experience. 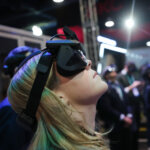 Thanks to augmented reality, the metaverse future is already here

In fact, the manufacturing industry is already using several wearable tools fitted with sensors as well that not only collect data but also feed back data to users. While the technology has parallels, industrial wearables are not the same as wearables being designed for experiences in open virtual worlds like the metaverse.

Oculus, known for its VR headsets, was bought over by Meta (then known as Facebook) in 2014. Today, Oculus headsets are the prime ingredient for Meta’s metaverse with CEO Mark Zuckerberg announcing several upgrades to it to prepare for the new direction. The Oculus Quest 2 is already expected to be a hot-selling product during the upcoming holiday season sales, and also brings the user a step closer to Zuckerberg’s metaverse.

For example, if a player was in a cold place in the metaverse, the suit would make them feel cold. And if the player fell down or bump their hand in the metaverse, the suit would also make them feel the minimal impact of that. Some cinemas have already created this ‘4D’ experience when watching movies, utilizing moveable seats and sensors that mimic the situation in films they’re watching.

While the sensor suits in Ready Player One are fictional, the reality is that these suits are also in the pipeline to give users a more realistic experience. Reports have shown that similar wearables that can inflict more sensation on users are in the pipeline, with several to be launched soon to fit seamlessly within the metaverse. 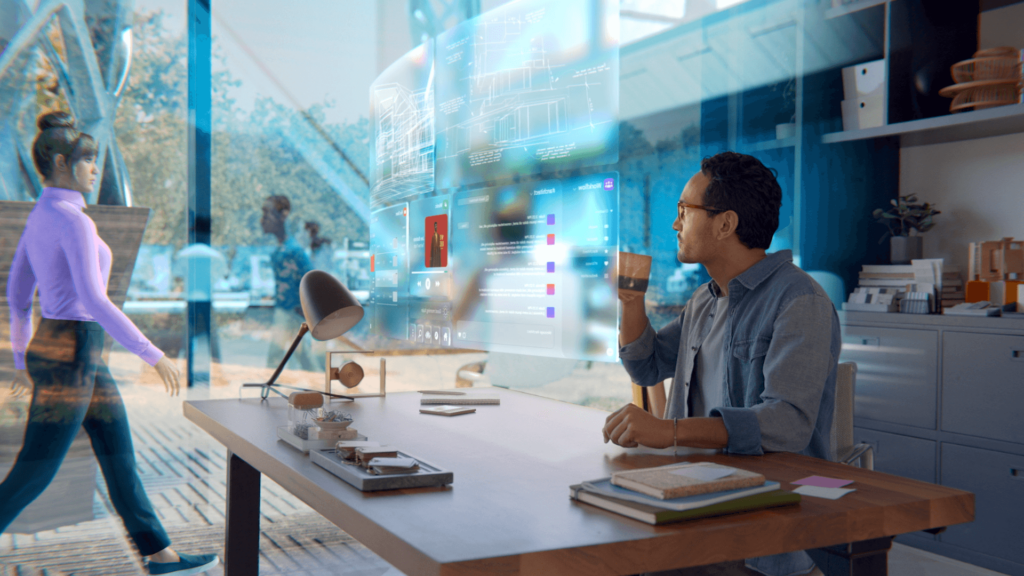 The haptic glove is one such wearable intended for the metaverse. No, it’s not like Thanos’s glove but more of Zuckerberg’s favorite hand sock. Designed by Meta Reality Labs, the glove enables users to touch and feel virtual objects in the metaverse. For example, a user playing with a virtual animal in the metaverse may be able to feel the texture of the virtual animal as they brush their hand against it.

According to Sean Keller, RL Research Director, the value of hands to solving the interaction problem in AR and VR is immerse. “We use our hands to communicate with others, to learn about the world, and to take action within it. We can take advantage of a lifetime of motor learning if we can bring full hand presence into AR and VR. People could touch, feel, and manipulate virtual objects just like real objects — all without having to learn a new way of interacting with the world,” he elaborated.

The aim is to have lightweight haptic gloves that address both sides of the AR/VR interaction problem, which in this case is helping the computer to understand and reflect a user’s hand movements, mimicing the feeling and sensation of it. Keller explained that for the product to be successful, the gloves would need to be stylish, comfortable, affordable, durable, and fully customizable. In other words, they’d need to be able to pair with the VR headset.

Mesh for Teams is Microsoft’s stake in the burgeoning metaverse

To deliver a realistic sense of touch, haptic gloves needs hundreds of actuators (tiny motors) all over the hand, moving in concert in a way that makes the wearer feel like they’re touching a virtual object. To control these new soft actuators, the team is building the world’s first high-speed microfluidic processor — a tiny microfluidic chip on the glove that controls the airflow that moves the actuators, by telling the valves when and how far to open and close.

With research still ongoing, the researchers are excited and looking forward to the outcome of the haptic glove and the impact it will have on the metaverse once its made available.

The wearable skins of the metaverse

Along with the haptic glove, researchers are also working a on a wearable sensory suit. Again akin to the fictional haptic suit in Ready Player One, the suit is more like a skin known as Reskin, which has magnetic particles inside that produce a magnetic field.

The skin is being jointly developed by scientists from Carnegie Melon University and AI researchers at Meta. The deformable plastic skin is less than 3mm thick. When the skin comes into contact with another surface, the magnetic field from the embedded particles changes. The sensor records the change in magnetic flux, before feeding the data to some AI software, which attempts to understand the force or touch that has been applied.

Reskin could be incorporated into items like robotic hands, prostheses, or smart wearables such as gloves that can allow one person to feel what another person is touching. ReSkin can also provide high-frequency three-axis tactile signals, for fast manipulation tasks like slipping, throwing, catching, and clapping. And when it wears out, it can be easily stripped off and replaced.

“A generalized tactile sensing skin like ReSkin will provide a source of rich contact data that could help advance AI in a wide range of touch-based tasks, including object classification, proprioception, and robotic grasping,” claims Abinav Gupta, research manager at Facebook AI. “And AI models trained with learned tactile sensing skills will be capable of many types of tasks, including those that require higher sensitivity, such as working in health care settings, or greater dexterity, such as maneuvering small, soft, or sensitive objects.”

It’s uncertain how or when exactly will the skins be available for users to experience in the metaverse. But looking at the amount of study and innovation going into the project, it is only a question of when this wearable will be commercialized for the metaverse.