For the metaverse to deliver the ideal user experience, the 3D world it presents need to connect with users on several levels. 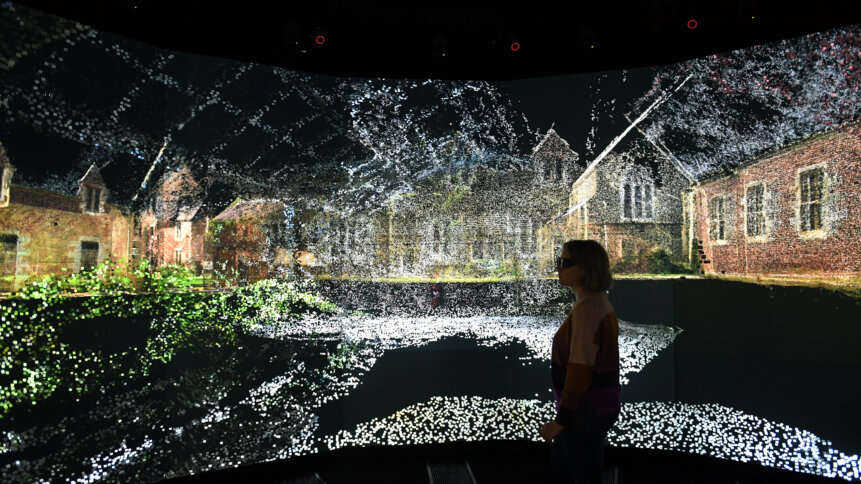 While there have been mixed reactions to the promotional deluge of metaverse announcements, the reality is that Meta is fully charged to get the real world-digital 3D world hybrid off the ground, and create a whole new lifestyle experience for everyone from work experiences to recreational.

In fact, the metaverse hype is also going strong with several companies already showing interest in applying similar applications. Apart from Meta, Microsoft is also working on its own version of the metaverse while Barbados wants to be the first country to launch a virtual embassy in the metaverse.

Despite the high interest, designing the metaverse is no easy task. In fact, for the metaverse to work properly and give users the full experience, the technology has to be able to provide a realistic experience. For example, if Barbados wants users to visit its embassy in the metaverse, they would have to ensure the design and graphics of the embassy is not only realistic, but also appealing to users.

For Meta, the former Facebook has already been developing several wearables for users to experience the realism of the metaverse. But apart from wearables, the atmosphere in the metaverse itself has to reflect the real world. The 3D world of the metaverse is key to ensuring users feel comfortable about using it.

To understand more about the 3D world of the metaverse, TechHQ spoke to Jon Li, the founder and CEO of Vizzio, a Singaporean start-up that is hoping to build the world’s largest 3D capture and virtualization ecosystem by creating the world’s largest database of 3D objects and search capabilities.

For Li, the metaverse concept itself is not new. It has existed in online games such as Second Life. Initially, that only appealed to a small group of people, i.e. the gamers. With the advent of technology, the metaverse today looks like it will be more inclusive and utilitarian than before in allowing organizations and brands to have better interactions in a virtual world.

“In the past, a major hurdle to creating 3D content was the time and resources needed. We have effectively removed these hurdles by helping brands create high-definition content and virtual representations of their organizations or products. This way, adapting to the metaverse need not be a daunting and expensive exercise for any company,” said Li.

Li pointed out that bringing the metaverse to life is a not-too-distant reality in the future and soon enough, every physical element in the world will have a digitized aspect to it — be it an avatar of someone, a building, or a city. While conversations of the metaverse are now driven by big tech and gaming companies, he believes there will soon be the democratization of this technology where organizations — no matter new disruptors or industry incumbents — will be part of this new digital realm. 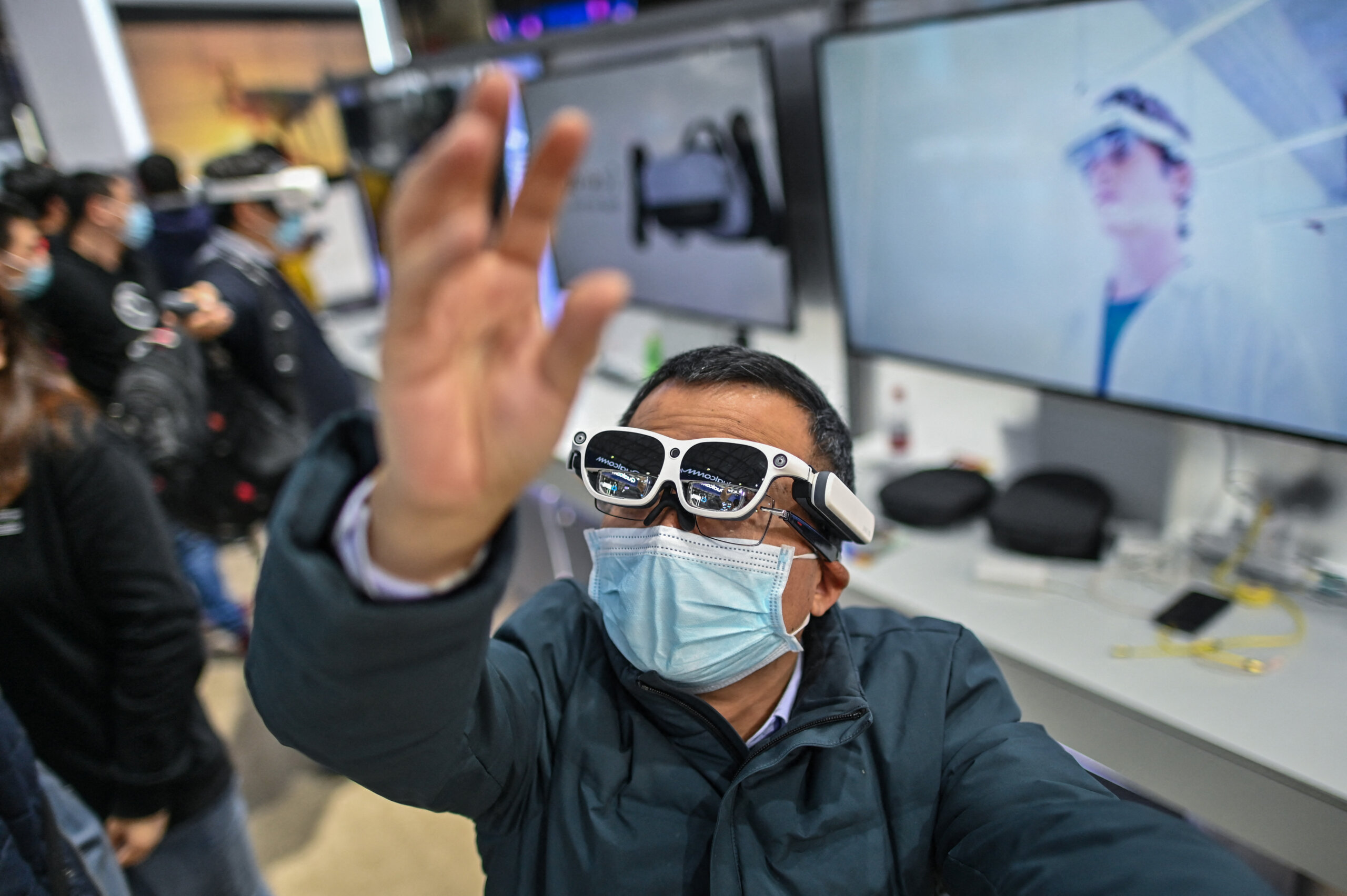 The 3D world of the metaverse needs to connect with users on several levels. (Photo by Hector RETAMAL / AFP)

“The metaverse is very much dependent on 3D capture and virtualization technologies. It’s essentially a digital twin of our world and any objects, space and people we see in our everyday lives. Say a bag that you might be carrying to work every day or a landmark attraction in your country. We would need 3D capture and virtualization technologies to create a digital replica of the bag or building, and upload it to this virtual realm,” added Li.

Vizzio plans to build the world’s largest 3D capture and virtualization ecosystem by creating the world’s largest database of 3D objects and search capabilities, and to that end has built a proprietary AI platform that automates the entire process of 3D content creation. In other words, any user – from novices to digital experts across all industries – will be able to access best-in-class 3D-as-a-Service offerings on-demand, and co-create, virtualize and interact with digital realities.

“A large part of our digital interactions today still very much depends on 2D imagery. But this is changing, with an increasing appetite from consumers, businesses and the public sector. Some examples today include virtual tours of places or a stroll in the metaverse,” said Li.

While 3D capture and virtualization have been around for a while, the technology remains complex, clunky, expensive, and fragmented. To date, Li highlighted that even the simplest of 3D models could take hours of meticulous manual input and computer modeling to render — but may still end up in low-definition. And this is where he believes VIZZIO can play a part in delivering 3D-as-a-Service offerings on-demand, bridging these gaps and enabling anyone to co-create, virtualize and interact with digital realities.

“3D capture and virtualization can be useful in many ways. One of which includes developing predictive models that can analyze environmental changes such as coastal modeling. While there is a deluge of data available for scientists in sustainability planning, visualizing it is a challenge. With the use of 3D virtualization technology, scientists can take the data – from theoretical to practical, and measure predictions or impacts more accurately and efficiently,” commented Li. 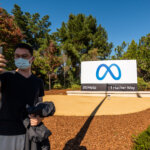 Democratizing, simplifying the 3D world of the metaverse

“We have been building a suite of hardware and software solutions, backed by our proprietary AI platform, to cover 3D capture for everything from objects to indoor spaces and cities. These include 3D web services/content creation, spatial reality, digital twins, and avatars. Ultimately, our goal is to significantly reduce the complexities involved in the 3D capture and virtualization process. This will help us save on time and costs while delivering a more accurate and high-resolution product,” explained Li.

For example, 3D technologies can be applied to help solve a myriad of global challenges such as smart cities and urban planning, sustainability, safety & security, cultural heritage preservation, GPS navigation, and retail — where online shopping and advertising experiences can be brought to the realms of a 3D world, enabling consumers to better visualize and interact with products.

For Li, there are a lot of possibilities to explore as society hurtles towards the world of the metaverse, wherewith a foundation of the right 3D capture and virtualization capabilities, Li believes the next frontier of 4D will further be in the metaverse — where making the unthinkable a reality, is a definite possibility.