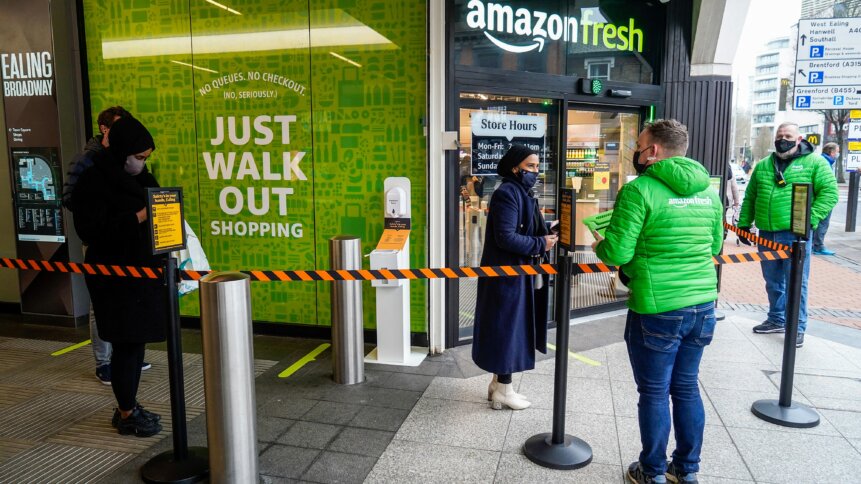 The opening of the latest Amazon Fresh store in Westmont, Illinois is notable for being more than the latest Illinois Amazon convenience store to feature the wholesaler’s patented ‘Just Walk Out’ technology — which as the name implies, users can walk in and take items they want off the shelves and leave, without standing in any queues or using any physical payment method like cash. 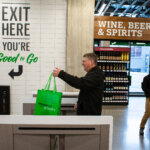 What makes yet another Amazon store so interesting anyway, even with the cashierless, cashless innovations that the e-commerce giant (and growing brick-and-mortar giant) is pioneering? Well, the newest Amazon Fresh store is 35,000 square feet in floor space, making it literally the largest Amazon outlet with the just walk out experience.

According to FMI, the average supermarket size in 2020 is 48,466 square feet, an increase from the 42,415 square feet on average that was recorded for the previous year. Amazon opened its first ‘Go’ convenience outlet in January 2018 at less than 2,000 square feet in a handful of major US markets, becoming the first major chain with significant use of cashierless tech.

The largest Go outlet at the time with an expanded grocery section was about 10,400 square feet overall, introduced last year. And this summer, Amazon unveiled its first fully ‘just walk out’ Amazon Fresh store, which at 25,000 square feet was the largest automated facility before the Westmont store opened at 35,000 square feet.

What is amazing about the cashless Amazon Fresh store is the accelerated progression of introducing both new outlet formats as well as expanded implementations of ‘just walk out’ innovation at bigger and bigger scales, indicating that cashierless checkout tech has reached critical mainstream mass.

While Amazon is currently the biggest retail location player — both literally and figuratively — in the world, competitors like the UK’s Tesco chain and Morrisons are introducing smaller, more manageable iterations of cash-free, queue-skipping technology.

But the Amazon Fresh store opening in Illinois shows just how large-scale these automated alternatives to traditional brick-and-mortar grocery marts can get — representing an existential crisis for classical big-box retailers. After all, if computer vision-based, checkout-free retail operations can be introduced with front-of-house space approaching 30,000 square feet (and more?), then will retailers look towards the cost and efficiency benefits of fully automating their retail locations? 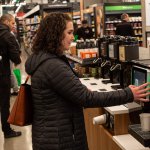 This would come with the adverse impact of slashing the costs of hiring human workers to man the cashier tills and aisles. Are we fully prepared for the implications of a convenient, automated shopping experience — with the possibility that hundreds of thousands of individuals currently employed in the retail sector could be permanently out of work in the coming years?