Twitter targets businesses and creators with its latest ‘Professional’ feature

Twitter Professional accounts are basically a gateway to a wide range of professional tools, including Quick Promote and advanced profile features. 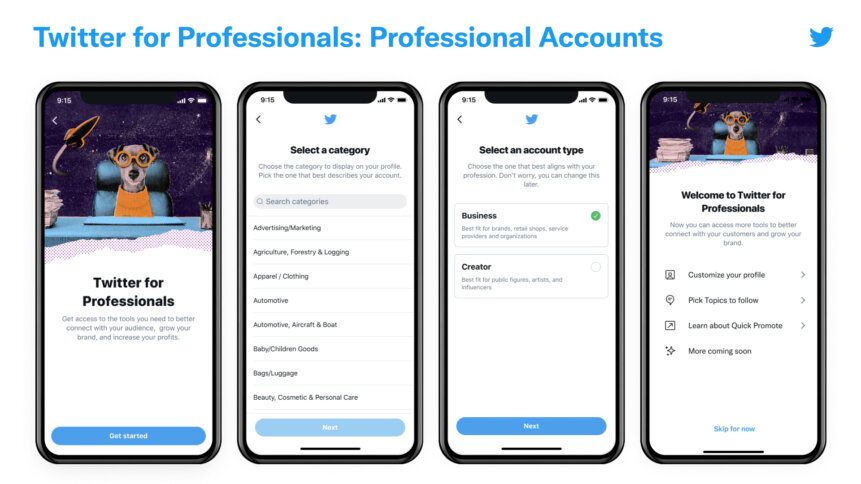 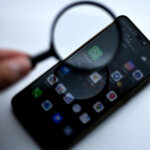 Twitter was first introduced in 2006, and for most of its 15 years of existence, the social media platform has looked more or less, the same. Then came 2020, when the company started to significantly expand the methods by which people interact on its platform, introducing a handful of different features to a public that has seen its fair share of social media facelifts. Now, businesses and creators will have a dedicated feature in the platform, known as Twitter for Professionals.

It has been a bit surprising how quickly Twitter has been rolling out new concepts and feature tests. The company is no longer the social network that introduces features so infrequently that it might seem stuck in a timeloop. In fact at a recent event, CEO Jack Dorsey said, “A few years ago it may have taken six months to a year to get a single feature or new product to our customers. Now, a decade and a half in, Twitter is eager to change the perception that it’s slow to innovate.”

In the last year alone, Twitter has introduced a handful of new ways for professionals to enrich their experiences on Twitter. “Whether you’re a creator looking to make money or someone who wants access to exclusive features and perks,  we want to give everyone on Twitter – creators, marketers, businesses, and everyday people – reasons to come and stay,” the company announced in a recent blog posting.

What is in store for businesses and creators on Twitter?

Starting last week, Twitter began to showcase an entirely new platform to build brand clout and identity on Twitter, called Professional Accounts. “Professional Accounts are a gateway to a wide range of professional tools not available to non-professionals, including our Twitter Ads, Quick Promote, Advanced Profile features, and our future efforts around shopping,” Twitter tweeted.

It is fair to note that Twitter is late to the party with Twitter for Professionals when in fact its competitors at Facebook, Instagram and TikTok have introduced such features for a while back now, with aggressively popular TikTok the most recent entrant to feature a commercial platform. Prior to this, Twitter had not widely introduced that different profile types for businesses were incoming. 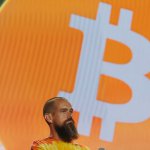 According to Twitter, the foundation of Twitter for Professionals is “to provide businesses, creators, publishers, and developers of all industries and sizes space to showcase and highlight their content, products, and services directly on Twitter for free,” it said.

Twitter Professional Profiles are composed of two features: the professional category as an indicator of a worker’s profile, demonstrating what kind of working professional they identify as. “This information is collected when a professional converts to a Professional Account and can be updated at any time,” Twitter said in its blog post. Besides that, profile modules are dedicated space on a professional’s profile, to showcase what’s most important to them. 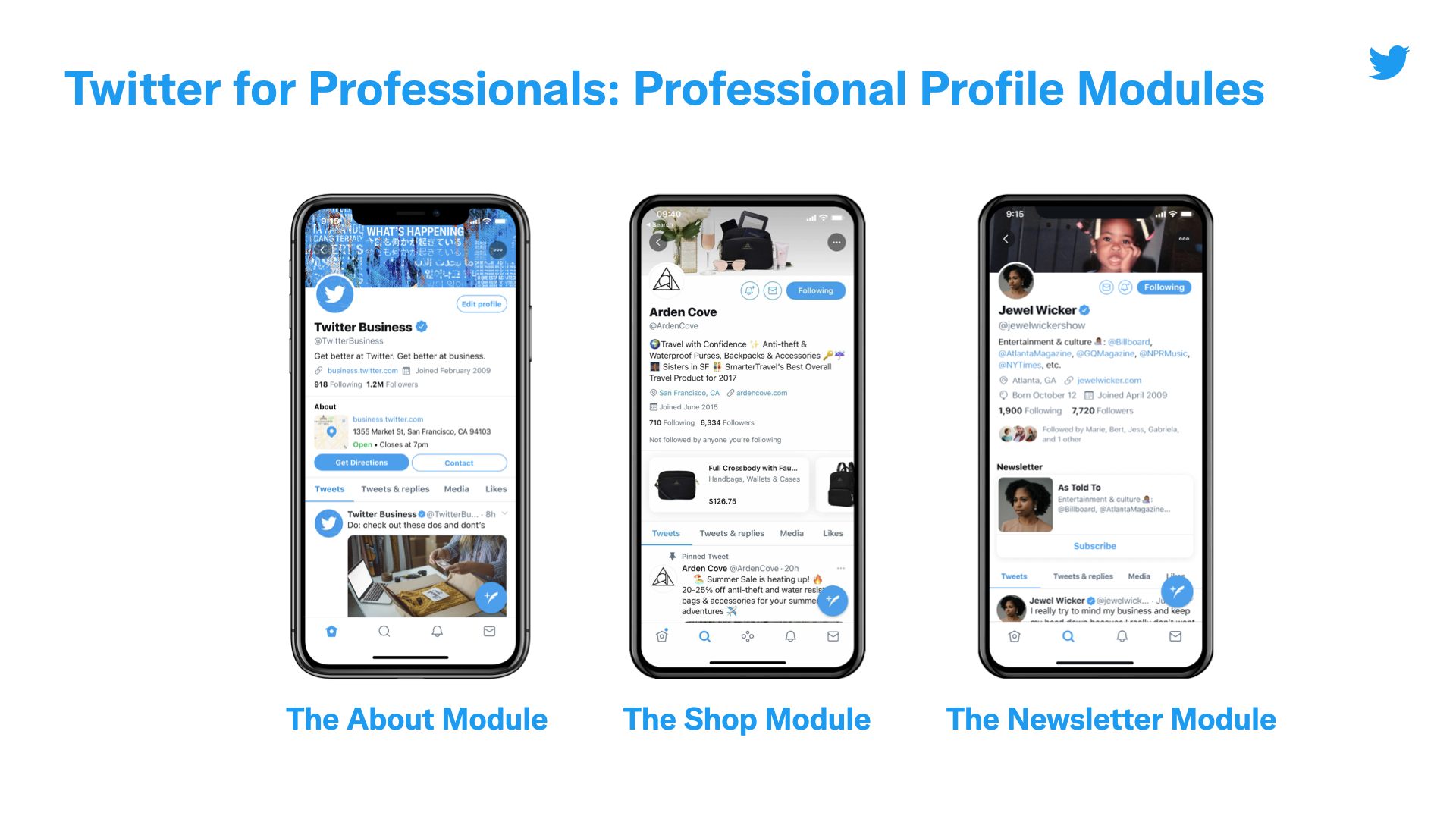 Professional Profiles was first introduced in April this year with the About Module. Source: Twitter

The social media platform originally introduced Professional Profiles first in April this year, starting with the About Module. “Since then, we have launched two additional modules, the Newsletter module, built in partnership with Twitter’s recently acquired newsletter service, Revue, and the Shop module, part of our growing efforts around Twitter Shopping,” it noted.