Instagram will soon notify you when there’s an outage

The company is testing in-app notifications for service outages following the two incidents that took down all of Facebook's social networks last week. 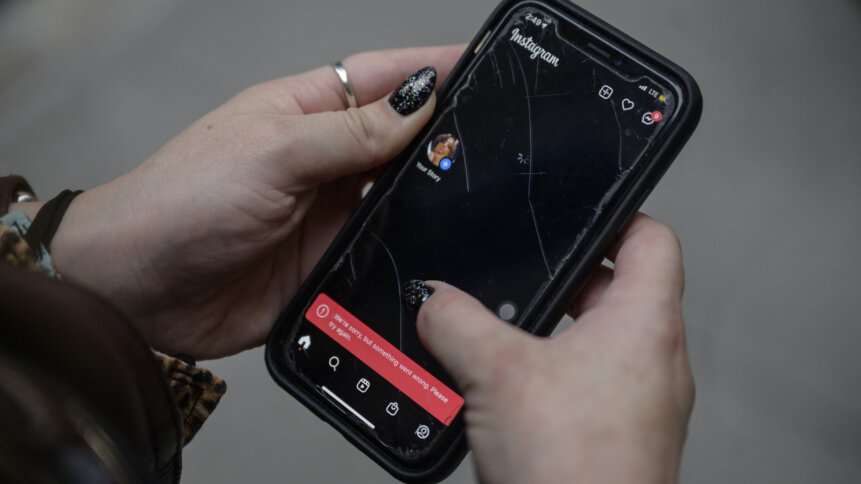 Instagram will soon notify you when there’s an outage. (Photo by Ed JONES / AFP) 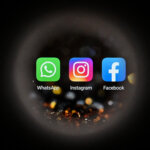 From a whistleblower’s sharp testimony, to two massive global disruptions within a few days of each other — Facebook undoubtedly just went through one of its toughest weeks. When billions of users were unable to access Facebook, Instagram and WhatsApp for hours last week, they were left scrambling for updates across platforms.

Ironically, all three platforms used Twitter to inform its users about Facebook’s service outage that impacted them. Now, Instagram wants to change that and use their own app to let you know it’s down. In a blog post yesterday, Instagram announced two new features to help give people more information about Instagram outages and their account status, directly in the app.

Instagram in fact admitted that users get “confused and [would start] looking for answers” when these unexpected outages happen. “Through conversations with our community and extensive research, we know how confusing it can be when temporary issues happen on Instagram. That lack of clarity can be frustrating, which is why we want it to be easier to understand what’s going on, directly from us,” it said.

A quick recap: all Facebook services were down for more than six hours on October 4, last week, due to a major DNS problem. Unfortunately, a few days later, all three sites went down once again. The second time around, the issue was resolved in under two hours.

How will you know when Instagram is dealing with an outage?

The new feature basically will notify users in their Activity Feed when Instagram experiences an outage or technical issue, and when it is resolved. However, Instagram would not send a notification every single time there is an outage, “but when we see that people are confused and looking for answers, we’ll determine if something like this could help make things clearer,” it added. 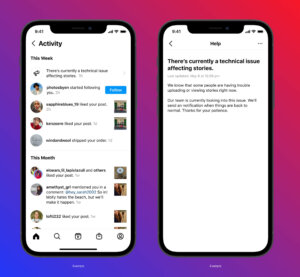 Instagram is testing a new feature that will notify you in your Activity Feed when they experience an outage or technical issue. Source: Instagram

A test run for the new feature will be made available in the US first and be tested over the next few months. “Just like any experiment, this may be something we roll out more widely, but we want to start small and learn. And if it makes sense to, we’ll expand to more people,” Instagram noted. 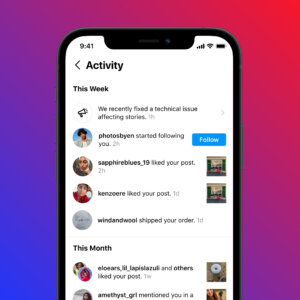 The  test will run in the US and go on for the next few months. Source: Instagram 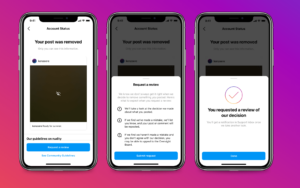 If you think we’ve made a mistake, you’ll also be able to appeal by hitting “Request a Review” directly from your Account Status. Source: Instagram

After introducing Support Requests last year, Instagram is making another round of changes to make it even easier to know what’s going on with your account, in a new tool called “Account Status”.

“Account Status will be your one-stop shop to see what’s happening with your account and content distribution. We’ll start by making it easier for people to know whether their account is at risk of being disabled,” Instagram said. In fact, in the coming months, Instagram plans to add more information to this tool, giving people a better sense of how their content is being distributed and recommended across different parts of Instagram.

The outages last week have made one thing clear — Facebook is remarkably monolithic in its IT approach. For a company that wants to manage its network in a highly centralized manner, the approach only made the outages worse. 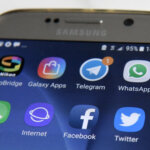 What were Telegram, Signal and Snapchat up to during Facebook’s outage?

As explained by VentureBeat in a recent report, “It was probably a misstep for them to put their DNS servers entirely within their own network, rather than some deployed in the cloud via an external DNS provider that could be accessed when the internal ones couldn’t.” The writer believes Facebook’s use of a “global control plane” — i.e. a single management point for all of the company’s resources worldwide, didn’t help in making things any better.

“With a more decentralized, regional control plane, the apps might have gone offline in one part of the world, say America, but continued working in Europe and Asia. By comparison, Amazon Web Services and Microsoft Azure use this design and Google has somewhat moved toward it,” the report added.

That said, a centralized system can be very fragile, making it possible to destroy a tech giant from inside with only minimum effort. As Stratos Official puts it, “a decentralized infrastructure will ensure that what happened to Facebook won’t happen in the new decentralized world.”