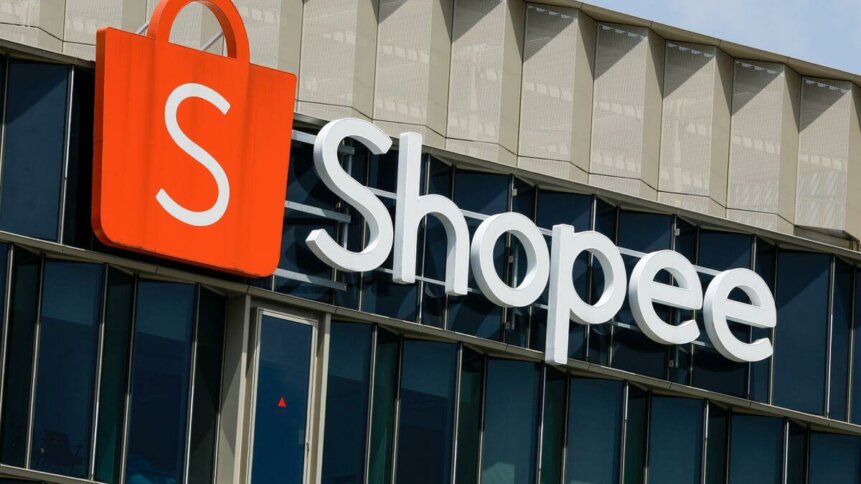 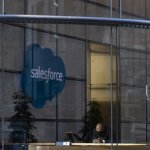 As part of its global expansion outside of Southeast Asia, Sea Ltd’s e-commerce arm Shopee was spotted making its subtle entry across Europe in countries including Poland, Spain and most recently, France. While those three locations mark Shopee’s first expansion into the European e-commerce scene, the Singapore-based company’s gaming unit Garena has been active in Europe for a while now.

The Singapore-based company has also been pouring money into Central and South America. Reports, quoting sources, are claiming that Shopee also plans to launch in Argentina sometime soon.

At the beginning of September, Shopee made its European debut with a recruitment program in Poland. “Sea Ltd’s Shopee is preparing to launch in Poland and is currently recruiting sellers,” two company sources with knowledge of the matter told Reuters. Following that, Shopee Poland’s site was launched towards the end of September.

Then in October, Shopee launched a new Instagram page for Spain. According to a post on the Instagram page, Shopee Spain started its operations from October 12 onwards, offering free shipping throughout the country.

The latest continental country Shopee is entering, albeit subtly, is France. “Shopee, the e-commerce arm of Sea, is preparing to push into France as part of its global expansion outside of Southeast Asia,” the Business Times reported, citing two sources.

A look at the website for Shopee’s localized platform in France that went live yesterday shows that it is similar to other Shopee Online marketplaces in Southeast Asia. It also offers categories such as electronic gadgets, fashion, and home appliances. According to the BT report, the domain is operated by Shopee Singapore and registered to Sea Group’s headquarters in the city-state.

Separately, the e-commerce giant made headlines recently when it was reported that the Southeast Asian shopping juggernaut is eyeing expansion into India with a recruitment campaign, similar to what was being done in Europe upon its entry into the few markets. 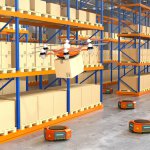 So far Shopee — a mobile-centric online marketplace for low-cost products of all sorts — has had a long, successful run in developing markets in Southeast Asia including Singapore, as well as in Latin America, with recent rollouts in Mexico, Chile, and Colombia. This is on top of its initial presence in Brazil since 2019, where Shopee was ranked as Brazil’s top e-commerce app, overtaking local rival Mercado Libre in the process, according to Apptopia. 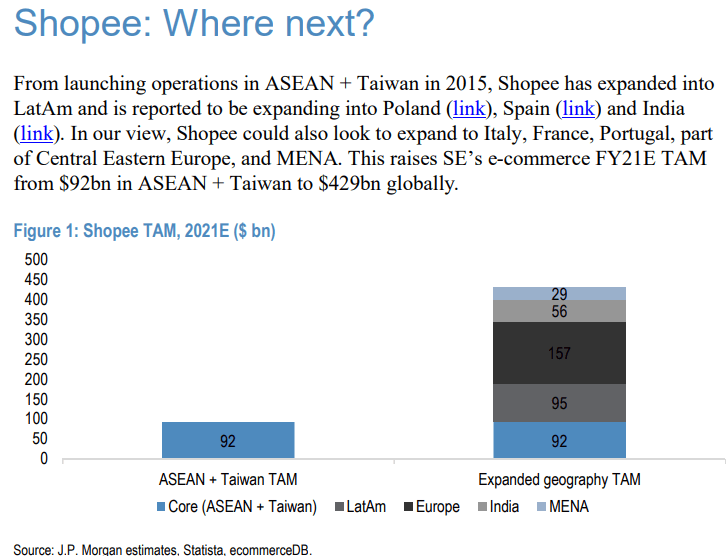 Shopee — Where next? Source: JP Morgan

Overall, Latin America ranks as Sea’s second-largest market behind Southeast Asia because the region alone generated 18% of the company’s roughly US$4.4 billion in sales last year. The increase is mainly from in-game purchases but further growth is expected this year with the push into e-commerce. Interestingly, JP Morgan is of the opinion that Shopee could also expand to Italy, Portugal, part of Central Eastern Europe, and the  Middle East and North Africa (MENA) region.

A report by Modern Retail reckons that as Shopee has grown, parent company Sea has leaned on its gaming roots to drive more shopping transactions, rewarding loyal Shopee customers with coupons they can earn through in-app games. “With Shopee now looking to expand, it is setting its sights on countries with characteristics that are ripe for its gamified approach to e-commerce, such as high mobile penetration,” it said.