Once a much-hyped and closely followed tech startup, Magic Leap had failed fashionably with its first AR headset a few years ago. Now, it's targeting the business segment. 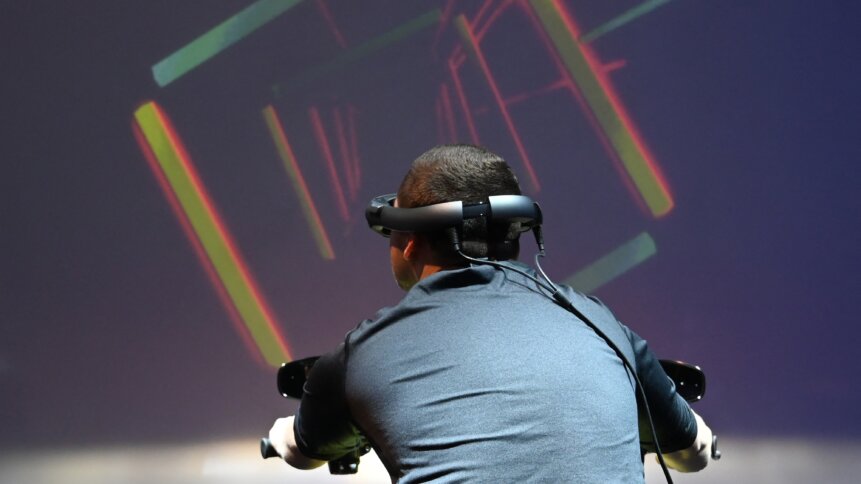 Will the new AR headset by Magic Leap augur well this time around? (Photo by Robyn Beck / AFP) 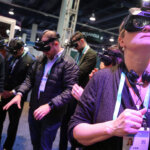 When Magic Leap was founded 11 years ago, the company set out to be a pioneer in augmented reality and mixed reality technologies. It even received almost US$3 billion to fund its first consumer-friendly AR headset, the Magic Leap One, which was launched in 2018 after a long delay. The US$2,300-priced headset eventually flopped, having sold only 6,000 units — a figure far removed from the one-million sales goal set initially.

The startup eventually narrowed its focus to professional applications, tried unsuccessfully to sell the company, and fired more than half of its workforce during the challenging economic climate of 2020. Plans to make mixed reality glasses mainstream were pushed back.

Amidst this whirlwind of shifting expectations, co-founder and CEO Rony Abovitz decided to leave the company in July 2020. Replaced by Peggy Johnson, the company then unveiled the Magic Leap 2, dubbing it as the industry’s smallest and lightest device built for enterprise, “designed to increase business adoption of AR.”

@peggyj just revealed #MagicLeap2 on @CNBC – the industry’s smallest and lightest device. Built for enterprise, it is more immersive and comfortable, with the largest FOV, and dimming – a first-to-market innovation enabling use in brightly lit settings. https://t.co/jSPUGd4P9N pic.twitter.com/LVpUX6YfcW

Magic Leap 2 — another bite at the AR headset apple

Johnson, formerly with Microsoft, revealed the new headset during a CNBC interview and in a blog post this past week. In a sign of investor confidence in the burgeoning enterprise AR space, Magic Leap further announced that it has raised US$500 million in funding at a post-money valuation of roughly US$2 billion. “The new capital will further Magic Leap’s focus on delivering best-in-class AR solutions including the roll-out of its second-generation product, Magic Leap 2, in 2022.”

Additionally, as claimed by Johnson, “this more advanced headset boasts critical updates that make it more immersive and even more comfortable, with leading optics, the largest field of view in the industry, and dimming – a first-to-market innovation that enables the headset to be used in brightly lit settings, in addition to a significantly smaller and lighter form factor.” 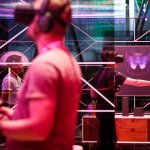 Based on a report from CNET, Magic Leap’s immediate goals for Magic Leap 2 are a wider field of view (the first version had a very limited viewing area in which AR graphics would materialize), a smaller more glasses-like size, and light dimming features for use in bright outdoor conditions. The newfound goal for the headset looks to be designed for helping remote workers connect and train away from physical offices, much like what Microsoft’s Hololens 2 has been aiming for as well.

And despite the lack of take-up of the Magic Leap One, Johnson believes Magic Leap’s technology could end up being licensed for consumer products: “In fact, we have received several requests to license our technology and will actively pursue these opportunities if they enhance our position and ability to innovate in the enterprise market.”

She also shared the company’s enterprise customers, including Ericsson and Farmers Insurance, the latter of which used the company’s tech to train new employees remotely during the pandemic. Johnson said Magic Leap has added strategic partnerships with Google Cloud, VMWare, PTC, and NVIDIA.

The AR/VR space is getting pretty heated right on both the commercial and enterprise fronts, and investors have been recognizing the tech’s nascent potential, even amid a global pandemic and subsequent economic uncertainty.  In fact, Magic Leap is facing competition from well-funded rivals developing AR headsets of their own such as Nreal, Microsoft, Facebook, and Snapchat. Researchers predict that the industry will balloon by more than US$125 billion by 2024.