The US$2.7-billion buyout will boost PayPal’s business in the world’s third-largest e-commerce market and the region. 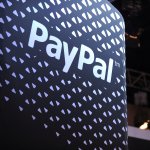 The world’s third-largest e-commerce market, Japan, has a stubbornly intimate relationship with cash. The country to date remains one of the most cash-based economies in the advanced world. For many, the country’s love affair with cash may be perplexing — but for PayPal, it is a golden opportunity. The American payment company decided to acquire Japanese “buy now, pay later” payments platform Paidy to tap into the cash-driven society and enhance its business both in Japan and the region.

PayPal Holdings announced the acquisition of the Paidy platform for approximately US$2.7 billion (300 billion yen), mostly in cash, to enhance its business interest in Japan. The completion of the deal including regulatory approval is expected by the fourth quarter of 2021.

The purchase adds to a flurry of activity involving companies that let consumers pay for purchases in installments, as an alternative to traditional forms of credit — a popular transaction method for younger people in particular in the aftermath of the pandemic, that is widely referred to as ‘buy now, pay later’. In August, Square Inc. said it would buy Australia’s Afterpay Ltd. for about US$29 billion, while Affirm Holdings Inc. entered a partnership with Amazon.com Inc. so that customers of the online retail giant will soon have another payment option at checkout.

The Japan-based company will continue to operate its existing business after the acquisition and maintain the brand while its leaders, Paidy’s president and CEO Riku Sugie and founder and executive chairman Russell Cummer, hold on to their positions.

Buying the payments platform will help PayPal expand in a country where online shopping volume has more than tripled over the last 10 years, to some US$200 billion, but more than two-thirds of all purchases are still paid in cash, PayPal said in an investor presentation.

This is also a significant move by PayPal to gain more market share both in the country and the region, specifically in the area of providing deferred payment services as an alternative to credit cards. According to Reuters, Atlantic Equities analyst Kunaal Malde said he wouldn’t view this deal as impacting the US’ BNPL market so much, but more as PayPal’s route into the Japanese market.

Paidy is basically a two-sided payments service, acting as middleman between consumers and merchants in Japan. Using machine learning, Paidy determines the creditworthiness of a consumer related to a particular purchase, and then it underwrites those transactions in seconds, guaranteeing payments to merchants. Consumers then make deferred payments to Paidy for those goods.

The Japanese payment platform, which offers a monthly payments installment service branded “3-Pay”, enables shoppers to make purchases online and then pay for them each month in a consolidated bill, at a convenience store or via bank transfer.

PayPal on the other hand had over 400 million operating accounts by the end of June 2021, about 40% of which are outside the US. There are 32 million-member worldwide stores that accept payments via PayPal. The total transactions volume for the April-June period of 2021 increased 40% year-on-year to US$310.9 billion, a record high. PayPal’s market capitalization of about US$300 billion is on par with major US banks.

So far, PayPal’s focus for the Japanese market has been cross-border e-commerce payments for overseas products, and it has 4.3 million active accounts there. The deal would inevitably deepen PayPal’s offerings in the rapidly growing BNPL space.