In this age of digital disruption, is surveillance tech a necessary evil -- or step too far in invading personal space? 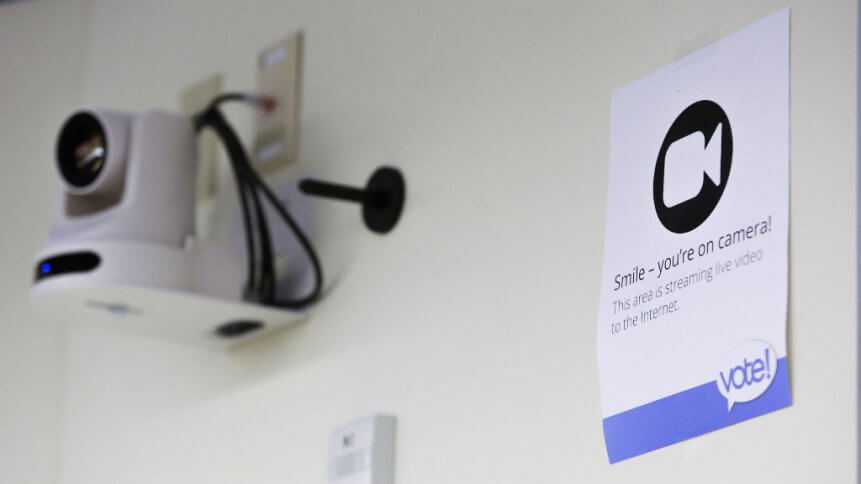 What will be the legacy of mass surveillance technology? (Photo by Jason Redmond / AFP)

In this digital age, surveillance technology is being adopted on a massive scale and many find an array of parallels between our world and that of George Orwell’s 1984. The reference to the literary classic has escalated sharply in the intervening decades since it was published, with many citing how the plot about a totalitarian regime and a mass surveilled society have come to mirror our own society today.

The adjective prophetic was closely associated with the book, sparking universal debates around topics like mass monitoring, which has been cropping up increasingly as the technology has advanced to the point it can encroach into daily lives in a variety of ways. The issue received renewed scrutiny this week, with experts from the United Nations (UN) calling for an international moratorium on the sale of surveillance technology, until regulations are implemented to protect human rights, following an Israeli spyware scandal.

Spyware — the latest in the mass surveillance arsenal

An international media investigation reported last month that several governments used the Pegasus malware, created by Israeli firm NSO Group, to spy on activists, journalists, and politicians. Pegasus can switch on a phone’s camera or microphone and harvest its data.

“It is highly dangerous and irresponsible to allow the surveillance technology and trade sector to operate as a human rights-free zone,” the United Nations human rights experts said in a statement. Back in 2013, the British Security Industry Association stated that for every 10 people, there was one surveillance camera. Fast forward to 2021, there is an estimated four million surveillance cameras are in Britain.

“We are deeply concerned that highly sophisticated intrusive tools are being used to monitor, intimidate and silence human rights defenders, journalists and political opponents,” the experts said. “Such practices violate the rights to freedom of expression, privacy and liberty, possibly endanger the lives of hundreds of individuals, imperil media freedom, and undermine democracy, peace, security and international cooperation.”

The statement is signed by three special rapporteurs on rights and a working group on the issue of human rights and transnational corporations and other businesses. “We urge the international community to develop a robust regulatory framework to prevent, mitigate and redress the negative human rights impact of surveillance technology and pending that, to adopt a moratorium on its sale and transfer,” they said.

The experts urged Israel to “disclose fully what measures it took to review NSO export transactions in light of its own human rights obligations”. Israel’s defense establishment has set up a committee to review NSO’s business, including the process through which export licenses are granted.

Pegasus’s list of alleged targets includes at least 600 politicians, 180 journalists, 85 human rights activists, and 65 business leaders. NSO Group insists its software is intended for use only in fighting terrorism and other crimes, and says it exports to 45 countries.

The rise of biometric identification

In late 2019, ridesharing pioneer Uber failed to gain an extension of its operating license in Britain. Transport for London (TfL) explained the repeated failure of the ride-hailing giant in abiding by safety protocol as the reason. The news initiated a wave of discussion regarding the company’s modus operandi and venture into new markets, including the launch of  Uber Works and Uber Money.

The loss of license to drive would displace up to 45,000 drivers in London, which Uber attempted to redress by planning increasing security measures with surveillance that adds to the list of concerns.

After more than 14,000 trips in London were reported to be completed by drivers who faked their identities in order to obtain more rides, the giant firm plans to introduce a biometric-powered driver ID system that ensures drivers will “actively” confirm their identity as account holders by facial movements including smiling, blinking and moving their heads for the camera.

The announcement has since triggered various responses from prominent groups. The Independent Workers Union of Great Britain (IWGB) for instance denounced the tech giant’s plan as “hugely disproportionate and discriminatory.”

The backslash of Uber’s solution to improving security by verifying drivers, has touched on the grey areas revolving around surveillance technology, where consent rights and the contradictory reasoning behind monitoring public spaces in the name of public safety, have become hot-button topics influencing the thinking of both regulators and the communities that are involved.

Groups against the company’s solution pointed out the lack of choice Uber drivers face in surrendering sensitive biometric data to comply with enforced policies. This issue highlights the gray area involving biometric surveillance technology when placed under an unfavorable spotlight. 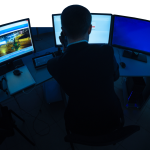 After all, biometric technology can ignite positive transformation across industries if implementation and application are laid out properly while at the same time preserving some form of privacy for the public.

The aviation industry for one is exploring the potential of facial recognition technology to heighten security and streamline airline services, as it looks to reignite the travel sector following over a year of pandemic-associated industry shutdowns. For instance, British Airways has deployed facial recognition cameras at boarding gates to reduce waiting time and ensure the boarding experience is safer and more comfortable.

In such cases, the value of biometric technology can be appreciated as it adds a layer of convenience to the travel experience while still prioritizing passenger security. Similarly, the UK government is investing US$52 million in multi-factor authentication (MFA) technologies to upgrade NHS computer systems. The plan is to reduce employee login time by embedding MFA technology in staff computer login systems.

But just like other mass use of surveillance equipment like spyware and smart cameras, biometric technology is being closely observed across industries due to its ability to expose public data and sensitive information in the event of a cyberattack. The delicate balance is easily tilted due to a rise in cybersecurity threats in this pandemic era, as well as growing awareness regarding data governance and the impact of digital footprints amongst communities.