Foxconn is betting to successfully shift its electronics expertise to manufacturing an electric vehicle (EV). 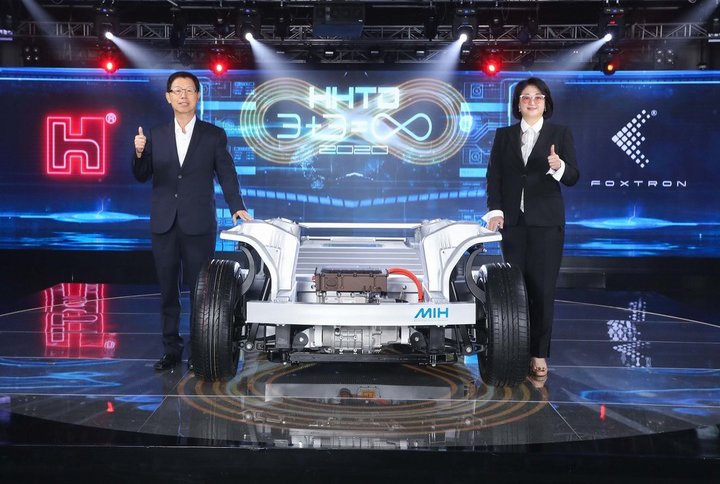 How does Taiwan’s Foxconn plan to venture into EV manufacturing? Source: Foxconn 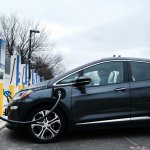 In March this year, world’s largest contract electronics manufacturer Foxconn Technology Group put together an extravagant event showcasing not the latest smartphone model but a gleaming steel and rubber prototype of a car chassis. It was a statement of intent: the company that has been making your iPhone for more than a decade is now ready to make your eco-friendly car as well. Foxconn is betting that it can successfully shift into the car industry, because its expertise in producing a smartphone will easily apply to manufacturing an electric vehicle (EV).

That March event was in fact the first members’ meeting of Mobility in Harmony (MIH), an industry alliance founded by Foxconn to offer a complete software and hardware platform for making electric cars. In a matter of just months, Foxconn has assembled more than 1,200 member companies in MIH, from software giants like Arm to auto suppliers like German plastics parts maker Konzelmann.

It has also set up landmark joint ventures with Chinese and Taiwanese carmakers, is working on a partnership with Stellantis, the car group formed by the merger of FCA and PSA, has a co-operation agreement with Chinese electric vehicle company Byton, and signed a deal to manufacture for US electric vehicle designer Fisker from late-2023.

Ironically, the push by Apple’s largest supplier into electric vehicle manufacturing may also make it easier for Apple, its largest customer, to enter the car market.

The prolific supplier of smartphone parts has long dreamed of building cars. “If we can make iPhones, why can’t we make EVs? It is an iPhone with four wheels,” founder and former chairman Terry Gou told internal meetings more than once, according to reports.

Gou backed an internal project in 2014, code-named “A-Fu Initiative,” to build a prototype of a complete electric vehicle, Nikkei Asia has learned. The project, which was not reported at the time, was led by a Foxconn group in charge of precision instruments. However, the A-Fu initiative was short-lived — but looking back today, the dream never died.

Now Foxconn is in the middle of a new push into EVs — all while the automotive industry’s rigid, century-old pyramid-shaped supply chain is on the cusp of a radical transformation.  The company has said little so far about where it intends to manufacture those electric cars.

To date, Foxconn and Fisker say they will start manufacturing in the US, where several locations, including Foxconn’s sprawling complex in Wisconsin, are under consideration. Wherever they wind up trying to build it, Fisker Inc. and Foxconn have said they plan to start production on the EV by the end of 2023. Beyond that, the company could retool some of its manufacturing capacities in China, where it still employs close to one million people.

As it is, Foxconn’s subsidiaries already supply electronics to many traditional and electric carmakers, from Tesla to BMW, with products ranging from dashboard displays to printed circuit boards plus a host of mechanical and plastic parts. To expand its product set and gather broader know-how, Chairman Young Liu has signed a rash of supply deals and technology development partnerships over the past year and a half.

This includes a joint venture with Stellantis, owner of Fiat and Chrysler and the world’s fourth-largest automaker, developing cockpit software for connected cars. A joint venture with Geely of China, launched in January, aims to market manufacturing and consulting services related to intelligent drive systems, software platforms, and even whole vehicles.

Foxconn, which traditionally makes handsets such as iPhones and other mass-market consumer electronics, is leading an effort to disrupt the traditional automotive supply chain pyramid.  The company aims to provide components or services to 10% of the world’s EVs by 2025 to 2027, posing a threat to established automakers by allowing technology companies a shortcut to competing in the vehicle market.