What does the historic G7 tax deal mean for the likes of Amazon, Google and Facebook?

The G7 backed a US proposal that calls for corporations around the world to pay a minimum 15% tax on profits. 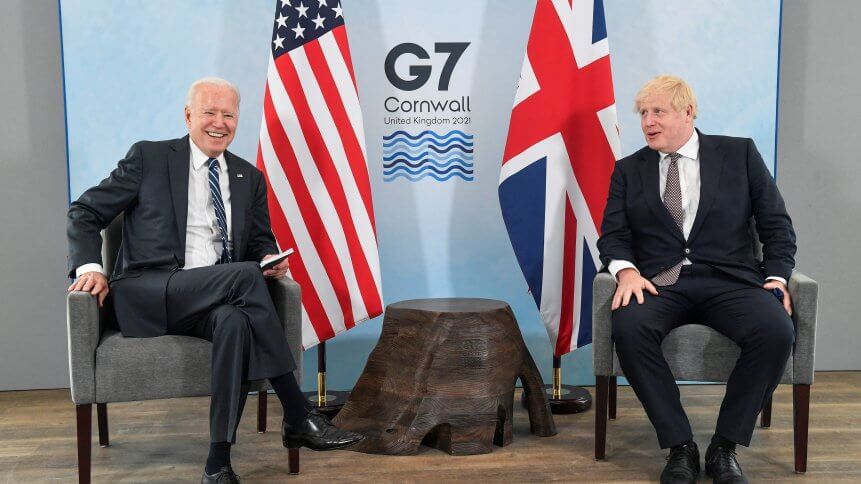 How will Amazon, Google, and Facebook be impacted by the G7 tax reform? (Photo by TOBY MELVILLE / POOL / AFP) 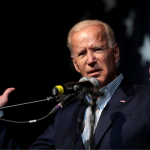 What would Biden presidency mean for US big tech?

With the aim to stop the world’s largest companies from tax-jumping by moving their operations between countries, the G7 group of the world’s richest nations has agreed to make multinational businesses such as Amazon, Facebook, and Google pay more tax. This is a result of years of governments grumbling, simmering, and raging as multinational companies have shifted profits out of tax collectors’ grasp and into low-tax havens.

The Organization for Economic Co-operation and Development (OECD) estimated in 2015 that avoidance robs public coffers of between US$100 billion-US$240 billion, or 4-10% of global corporation-tax revenues a year. The fiscal fallout from Covid-19 has been adding urgency to governments’ efforts to claw some money back — most notably in the US, President Joe Biden has been dishing out plans to raise taxes on corporate profits, including foreign income. When the group of seven finance ministers gathered in London recently, they agreed to back a global minimum tax of at least 15% on multinational companies.

The group also agreed that the biggest companies should pay tax where they generate sales, and not just where they have a physical presence. UK finance minister Rishi Sunak announced the agreement in a video posted on Twitter Saturday, saying G7 finance ministers – hailing from Canada, France, Germany, Italy, Japan, the UK, and the US – had “reached a historic agreement to reform the global tax system to make it fit for the global digital age and, crucially, to make sure that it’s fair so that the right companies pay the right tax in the right places.”

How would the tax deal work?

There are two parts to the deal; firstly, multinational companies which operate in several countries would have to pay more tax, wherever they sell products or services. At the moment, a company can earn billions in a particular country but still pay very little tax there. This is because they can choose to put their headquarters in a country with a lower tax rate and take their profits there.

However, under the G7 deal, companies could be taxed in any country where they make more than 10% profit on sales. Above that point, the company would have to pay 20% tax. The second part of the deal is a global minimum corporate tax rate of 15%, with an aim of stopping nations from undercutting each other’s tax rates to attract multinational companies. If the G7 deal goes ahead, the tax advantages which have attracted these companies would cease to exist.

Foreign governments have long complained that large digital companies should pay them more in taxes. Some have recently passed taxes specifically targeting revenue generated by such companies, including those based in the US such as Amazon, Facebook, and Google. With this new decision by the G7, those tech giants are bound to be affected by the agreement.

Facebook’s VP for global affairs Nick Clegg said in a statement that the company had “long called for reform of the global tax rules and we welcome the important progress made at the G7. We want the international tax reform process to succeed and recognize this could mean Facebook paying more tax, and in different places,” Clegg added. Google said it strongly supported the work done to update international tax rules and hopes “countries continue to work together to ensure a balanced and durable agreement will be finalized soon,” Google spokesperson, José Castañeda, said in a statement to CNN.

A spokesperson for Amazon said that “we believe an OECD-led process that creates a multilateral solution will help bring stability to the international tax system. The agreement by the G7 marks a welcome step forward in the effort to achieve this goal. We hope to see discussions continue to advance with the broader G20 and Inclusive Framework alliance.”

A lot of details are still to be worked out, including which companies are going to be covered, and what tax changes countries will see. Some suggest Amazon may not be affected because, although the company makes huge profits in some areas, it currently makes less than the 10% profit needed to be included in the new tax rules. However, US Treasury Secretary Janet Yellen said Amazon and Facebook “would qualify by almost any definition”.

The rapid rise of tech firms such as Amazon and Facebook has highlighted the problem of how to tax the world’s biggest companies. Unlike companies from other sectors, most tech companies are mobile and can easily decamp and move to a new country base with minimal friction – especially the larger tech entities whose digital services are clamored after worldwide, with companies often electing to set up shop in a nation offering friendly tax and other subsidies.

At the moment, it’s hard for a country acting alone to do anything about this. Let say a country tries to raise corporate taxes, companies can and will move, and they are often welcomed elsewhere. This is absolutely legal, but many governments think business has a moral duty to pay more tax, especially after an international crisis such as the pandemic.

Frankly, US President Biden has made this a priority since his election and the G7 deal is the first coordinated international attempt to deal with the issue. If it works, then billions of dollars may flow to governments to pay off debts built up during the Covid crisis. Looking ahead, the G7 hopes to achieve a wider agreement on the new tax proposals next month at a gathering of the expanded G-20 finance ministers.