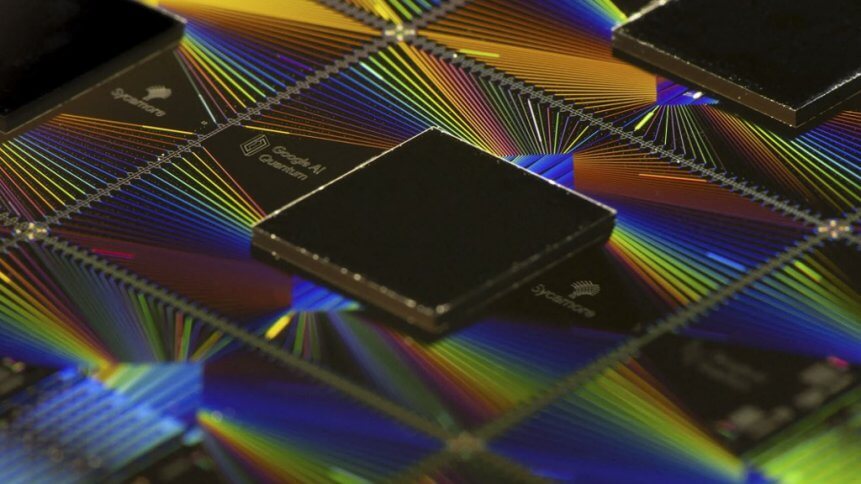 A team of experts working on Google’s Sycamore machine said their quantum system had executed a calculation in 200 seconds that would have taken a classic computer 10,000 years to complete. (Photo by HO / GOOGLE / AFP) 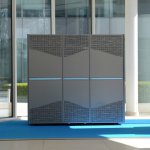 German Chancellor Angela Merkel inaugurated the first quantum computer in Germany, built by US firm IBM, hailing it as a milestone at a time of “intense competition” with foreign rivals in harnessing the revolutionary technology. The cutting-edge “Q System One”, located in Ehningen near Stuttgart, is the first of its kind outside the United States and will be operated by Germany’s Fraunhofer research institute.

Speaking via video link at the virtual launch, Merkel described the supercomputer as a “technological wonder” that could play “a key role in our efforts for technological and digital sovereignty, and of course for economic growth”. “We are already in the midst of an intense competition and Germany would like to have an important say,” said the veteran leader, who holds a degree in quantum chemistry.

Merkel said China and the United States were already investing heavily both in quantum research and its potential commercial applications. Scientists believe that once the technology has matured, super-fast quantum computing will power innovation in a range of fields, from smarter encryption software and artificial intelligence to more efficient medical research and energy use.

Quantum computers can process complex information at a mind-boggling speed and should eventually vastly outperform even the most powerful of today’s conventional computers. Regular computers function in binary fashion: they carry out tasks using tiny fragments of data known as bits that are only ever either 1 or 0.

But fragments of data on a quantum computer, known as qubits, can be both 1 and 0 at the same time – allowing them to crunch an enormous number of potential outcomes at the same time. The futuristic-looking 27-qubit computer installed in Germany has already been running since February, but the launch event was postponed because of the coronavirus pandemic.

Bearing no resemblance to a regular computer, the machine is housed in a nine-foot (2.7-meter) glass cube to shield the fragile qubits from noise and disturbances. The computer’s innards, with its wires and tubes, are encased in a shiny cylinder suspended from the cube’s ceiling. 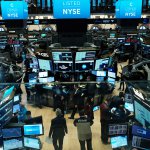 Financial markets could be using quantum computing within 5 years

The Fraunhofer institute has said it will team up with a network of German companies and other research organizations and use the computer to deepen their quantum know-how and experiment with practical uses, supported by experts from IBM. The project, funded by German taxpayers, will cost around 40 million euros (US$48 million) over the next four years.

The German government plans to invest some two billion euros in quantum technology research and projects by 2025. The European Commission wants the European Union to develop its first quantum computer before the end of the decade.