The international lender cited concerns over transparency and the environmental impact of Bitcoin mining. 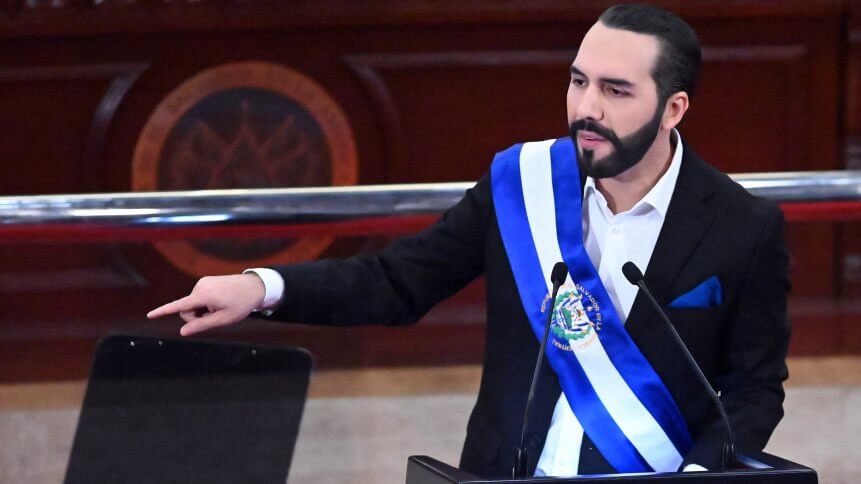 Earlier this month, El Salvador announced its plans to introduce legislation that will make it the world’s first sovereign nation to adopt bitcoin as legal tender, alongside the US dollar. Unfortunately, the plan hit a roadblock this week when the World Bank said that it would not help with the rollout of the cryptocurrency.

The rejection, if anything, is just another sign that President Nayib Bukele’s ambitions to bring El Salvador into a new age of prosperity through the use of volcano-powered bitcoin may be less realistic than he would like to admit. The Central American country’s new law – which will require merchants to accept bitcoin as a form of payment beginning in three months, was passed with little debate just days after Bukele proposed the idea at a Miami bitcoin conference.

But just as the government begins to figure out exactly what the experiment will entail, global financial institutions are expressing hesitation. El Salvador’s finance minister, Alejandro Zelaya, had told reporters that the government hoped to receive technical assistance from the World Bank, as well as advice on coming up with standards for the use of cryptocurrency.

The World Bank distributes billions of dollars to developing nations through loans and grants each year, and its involvement in El Salvador’s bitcoin plan would have been seen as a sign that the bitcoin-as-legal-tender experiment was backed by powerful players in the international development space. “While the government did approach us for assistance on bitcoin, this is not something the World Bank can support given the environmental and transparency shortcomings,” a spokesperson at the World Bank told Reuters.

What does ‘legal tender’ mean?

Using Bitcoin is technically already legal in El Salvador, as it is in most countries. If you want to pay for something in bitcoins, and the recipient is willing to accept them, it’s all good. Appointing bitcoins as official legal tender means a payee will have to accept them. As the new legislation states, “every economic agent must accept Bitcoin as payment when offered to him by whoever acquires a good or service”.

El Salvador abandoned its own currency (the “colon”, named after Christopher Columbus) in 2001 and adopted the US dollar as its legal tender. This process of “official dollarisation” was seen as a reform that would curb inflation and increase trade with the US, by far its major trading partner. In short, El Salvador has less to lose than other nations in adopting a second currency as legal tender.

What else is being done by the nation?

Bukele also plans to set up a US$150 million trust at a state-run development bank in order to allow for Bitcoin to convert to US dollars automatically. El Salvador is not the only nation that has talked about using cryptocurrency to reduce reliance on the US dollar, the current dominant reserve currency. Adopting cryptocurrencies could theoretically give nations more control over their economies.

The downside however is that, adopting Bitcoin as an official currency could be risky, considering the volatility of the cryptocurrency. Bitcoin’s value has historically shifted quickly and unpredictably and, thus far, its adoption has primarily been as a speculative investment. It is also unclear if Bitcoin could be utilized by the majority of Salvadorians, as many do not have internet access.