Top big data technology trends not to be missed 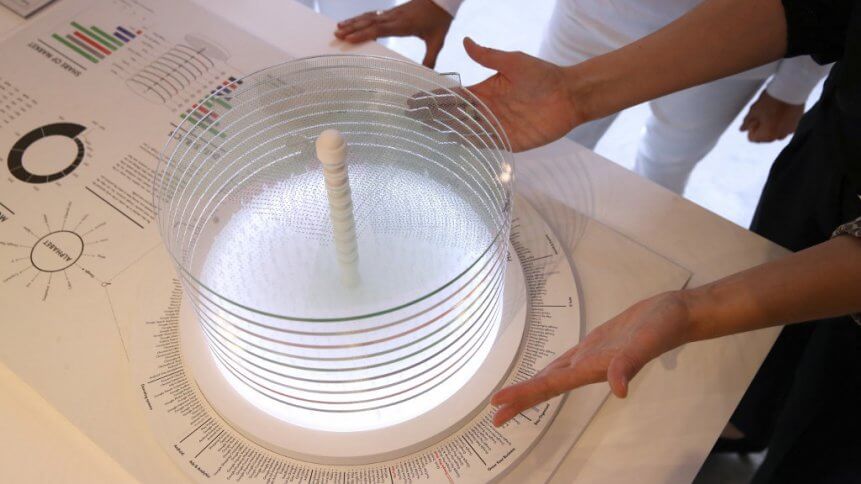 The exhibit “Google and You” at The Glass Room pop up exhibition explores the impact of big tech and how data is used and who would be affected by its impact on society. (Photo by JUSTIN SULLIVAN / GETTY IMAGES NORTH AMERICA / Getty Images via AFP)

With the unprecedented speed of digital transformations driven by data, companies are eager to capitalize and capture a slice of emerging big data trends and applicable insights. The push is so strong right now that a survey found that nine out of 10 senior corporate executives are gearing up to invest in big data and artificial intelligence (AI). 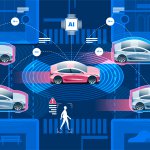 Guided by digital analytics, organizations across industries are innovating to great lengths, demonstrating the power and influence of big data. However, the transformation is not isolated from current and emerging trends as reported in GlobalData’s last report on big data.

The company’s findings, outlined in Big data – Thematic Research, highlighted the emerging technology trends fueling the world of big data and the continuous impact it brings. GlobalData presented the leading technological advancements and trends set to reshape the role of big data for today’s enterprises.

Since specific use cases of edge computing include the maintenance of data processing and analytics close to points of collection. The growth of edge computing is therefore closely associated with the Internet of Things (IoT). The proliferation of enterprise IoT initiatives and consumer IoT offerings will drive demand for edge computing solutions.

The race to reach quantum supremacy is well underway, with Google, IBM, and Microsoft alongside specialist players in leading the research charge. AI and machine learning will benefit, as quantum computers have the capacity to complete extremely complex calculations, involving large data sets in a fraction of the time.

Central processing units (CPUs) have powered data centers for decades, but presently there is a dire global shortage of semiconductor chips so they could be adversely affected. Still, new workloads stemming from technology such as AI and the IoT are pushing CPU architectures to greater heights. Graphics processing units (GPUs) can process many threads in parallel, making them ideal for the training and modeling of large predictive data models.

As more data centers come online worldwide, there is a growing demand for data to be transferred between them in reduced time. As a result, the DCI market faces huge demand for ever-faster optical links and transceivers. These data transfer speeds are especially important at the DCI level since 70% of all data center traffic is east to west traffic with a dramatic increase in data volumes, and therefore has a marked effect on the overall speed of the data center.

An emerging technology — silicon photonics — combines laser and silicon technology on the same chip. It allows data to be transferred between computer chips by optical rays and supports faster interconnects between data centers. Photonic chip technology is still in beta development and leading brands such as Cisco, Intel, and Inphi are prominent vendors in this market.

Companies that have outsourced their servers to cloud infrastructure as a service (IaaS) including Amazon Web Services (AWS), typically pay in advance for the amount of server capacity they require for process execution. However, IaaS is fast being replaced by serverless computing, whereby the cloud provider dynamically manages the allocation of code execution resources. Serverless architectures enable developers to outsource the hardware and focus on developing value-adding code.

HPC is one of the fastest-growing segments of the computing hardware market. China dominates this segment, thereby supporting AI, space, defense, industrial design, gaming, and genomics industries. The unveiling of the Sunway TaihuLight System (a leading supercomputer) in 2016 was a genuine breakthrough. Meanwhile, Huawei, Lenovo, and Inspur are aggressively competing against IBM and HPE in the enterprise and cloud transaction processing space.

A handy by-product from optical interconnect technology is 3D sensors, which will witness phenomenal growth because of themes such as augmented reality (AR), AI, and autonomous vehicles. In some AR systems, advanced 3D-sensing cameras use vertical-cavity surface-emitting laser (VCSEL) systems for tracking objects and sensing 3D depth. This means that leading suppliers of VCSEL laser systems would experience a significant boost over the next year or so.

SDN is an architecture for data networks that allows software, rather than hardware, to control the network path along which data packets flow. It is hugely disruptive for businesses because it fundamentally changes who controls the data traffic, and indeed can take physical data centers out of the picture entirely.

In the open-source software ecosystem, the arrival of operating system containerized software marks a new era. The software is modular in nature, and allows applications to be easily moved between different IT infrastructures. The key benefits of container technology include significant cost savings, reduced time to deployment, better scalability, and flexibility to port to other infrastructures. Early adopters of container management software include Docker’s Swarm, Google’s open-sourced Kubernetes, Red Hat’s OpenShift, and Amazon’s Blox.

The combination of streaming data and analytics in real-time has the potential to generate value for companies. One of the most noticeable bid data trends will be that instantaneous streaming that enables companies to gather greater insights at their fingertips, driving quicker decision-making.

The full-scale mainstream adoption of 5G has the potential to increase data consumption globally. 5G promises higher speed and low latency, with the superpower to connect around one million devices per square kilometer. GlobalData estimates that, by 2024, more than one-quarter of all data traffic will be carried over 5G, up from less than 1% in 2019.