25 years after it was created, Microsoft is finally pulling the plug on its most unpopular product. 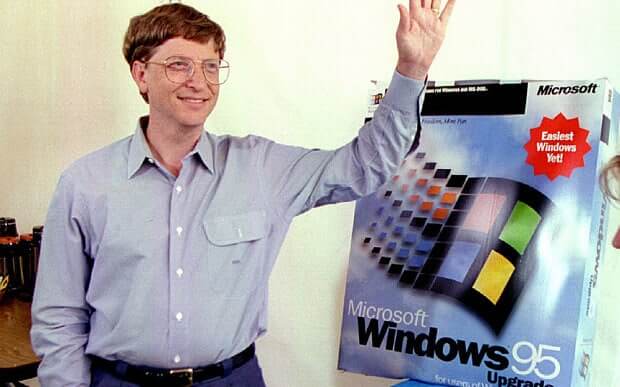 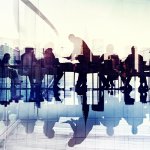 Bridging the gap between Microsoft investment and other platforms

The lifespan of the notorious web browser, Microsoft’s Internet Explorer, is finally coming to an end. The computer giant said that it is pulling the plug on the out-of-favor browser by June 15, 2022, with the reins being officially passed to its successor Microsoft Edge after 25 years.

The demise of the much-maligned web browser, which started out on the Windows 95 operating system, was seen as a foregone conclusion by those who monitor web trends. For the most part, this news landed with a whimper rather than a bang — a footnote at the end of an iconic story spanning over a quarter of a century.

“We are announcing that the future of Internet Explorer on Windows 10 is in Microsoft Edge.” the company said in a blog post recently. “Not only is Microsoft Edge a faster, more secure and more modern browsing experience than Internet Explorer, but it is also able to address a key concern – compatibility for older, legacy websites and applications.”

The downfall of the veteran web browser was predictable, more than anything. In August 2020, Microsoft turned its back on IE for its products, when it announced that its 365 apps including Office will no longer work on IE by mid-summer 2021. The company said that Explorer was slow, not practical for a variety of web tasks, and is far less secure.

The post noted that Microsoft Edge has an “IE mode” built-in, so you can still access legacy Explorer-based websites and apps directly from the Edge browser.

The cold truth is that Microsoft’s Internet Explorer has gone largely unused by consumers for some time – the statistics speak for themselves. Google handles 92.24% of web searches — more than 3.5 billion requests a day. Microsoft’s own search engine, Bing, has a paltry 2.29%. 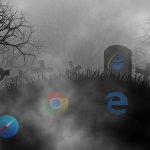 Back when the web was in its commercial infancy, Microsoft rose as a market-leading software pioneer. Before then, systems were about as bare-bones as you can get, with minimal consideration given to graphics or usability. This is where Microsoft came in, by focusing on making “personal computers” more personal. With much nicer designs and more intuitive user interfaces, by the time Internet Explorer launched in 1995, Microsoft had cemented itself at the forefront of the digital world.

Another key stat that illustrates Internet Explorer’s decline: in 2020, more than two-thirds of all website visits were via a mobile device. Now, in a rather mobile-driven era, a browser that can sync across multiple platforms is a necessity. In a world of Apple and Android handsets, the term “Windows Phone” sounds prehistoric — because it pretty much is. Operating system support for Windows Phones ended in 2017, a mere seven years after Microsoft first launched the smartphone range.

Having existed since the dawn of the internet age, Internet Explorer has failed in many ways to keep up. Microsoft failed to maintain a foothold in the smartphone market, despite the success of its Surface tablets, which may explain its unwillingness to keep developing Internet Explorer. Top it off with Internet Explorer’s infrequent updates, and it becomes the bane of both developers and ordinary users alike. Internet Explorer earned a well-deserved reputation for being developer-unfriendly, causing a myriad of problems.

Despite this, Microsoft stands at a vantage point few companies have, making up roughly 80-90% of the PC market share, a near-monopoly. Can Microsoft turn this software advantage into an internet browsing win for IE replacement, Edge? Not if current sentiment is anything to go by. Even after having shipped every copy of Windows 10 with its Edge browser, the company has only convinced an extreme minority of users to switch to Edge over the overwhelmingly popular Google Chrome and will likely become another cautionary tale for the tech industry.