Under a new agreement, SpaceX will set up ground stations within Google’s data centers that connect to the Starlink satellites. 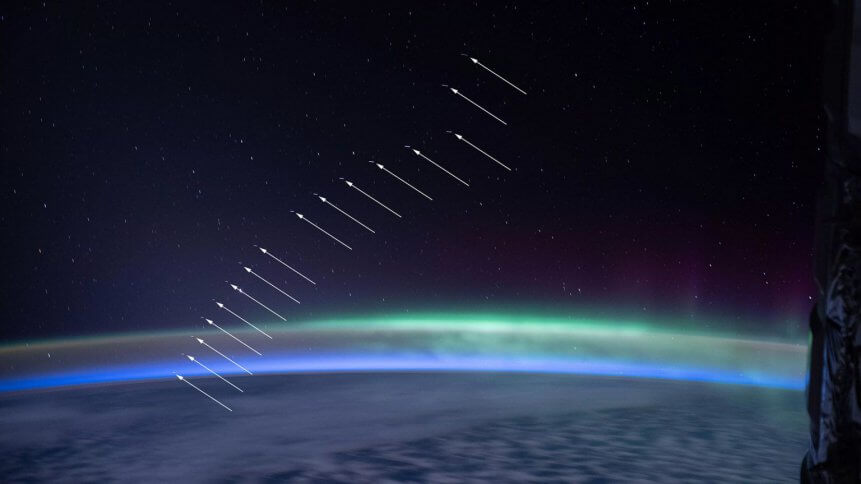 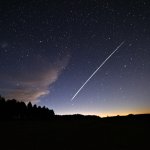 Starlink, the satellite internet constellation launched by Elon Musk’s SpaceX, will connect with Google’s cloud infrastructure, enabling the satellite broadband network to deliver low-latency applications, data, and other cloud services to network edge deployments. Prior to this, SpaceX signed a similar agreement to connect its Starlink constellation to Microsoft’s Azure cloud.

To date, SpaceX has launched more than 1,600 Starlink satellites into low-earth orbit, including another 52 on Sunday. Once deployed, they appear as a train of lights in the night sky. SpaceX pitches the satellite internet service as delivering “point-to-point communications from anywhere on Earth.” The cloud infrastructure deals with Google and Microsoft illustrate the long-term goal of tapping the lucrative enterprise edge market.

Google said last week that SpaceX will locate Starlink ground stations within its data centers to deliver applications to the network edge, relayed by its growing satellite constellation. The collaboration combines Google’s private cloud network with a satellite network service eventually aimed at corporate users, including those beyond the reach of terrestrial connections.

What does the deal mean for Google Cloud?

The deal with SpaceX is a significant win for Google’s cloud service, a perennial runner-up to cloud leaders Amazon Web Services (AWS) and Microsoft Azure. Cloud services tracker Synergy Research Group recently ranked Google among its “high-growth” cloud providers “gaining market share.” Cloud companies have also tapped into the telecoms sector, thanks to a jump in demand for 5G connectivity.

Google’s cloud business accounts for about 7% of its total revenue, as of the latest earnings report. The deal with Google, which is expected to last up to seven years, gives Starlink the opportunity to deliver data reliably and with low latency to customers through Google Cloud.

Analysts reckon that this deal is unusual for Google, or indeed any other cloud provider since it relies heavily on Google’s own internal network rather than outsourcing functions like data storage. With Google and Starlink working together, it means customers’ devices will be communicating directly with the satellites linked to Google’s data centers. The data centers will then send the data back to them through Starlink satellites.

Google’s head of global networking Bikash Koley said, “This is one of a kind. I don’t believe something like this has been done before. The real potential of this technology became very obvious. The power of combining cloud with universal secure connectivity, it’s a very powerful combination.”

The Starlink-Google Cloud capabilities, which include secure data delivery to remote areas of the world, will be available to customers by the end of 2021, Google said in a press release recently. SpaceX will install the first Starlink terminal at Google’s New Albany, Ohio data center, a spokesman said, adding more plans on the partnership will be shared in the coming months.

Overall, the deal is a natural alliance for Elon Musk’s SpaceX and Google — which in 2015 invested US$900 million into the space company to cover an array of technology, including Starlink satellite manufacturing. Among the goals of the cloud and satellite partnership is penetrating the market for high-volume enterprise customers, a segment where Google has attempted to differentiate itself from dominant players AWS and Microsoft Azure.

Given the rocket rivalry between SpaceX founder Elon Musk and Jeff Bezos, who turned over the reins at Amazon.com to focus on his Blue Origin space venture, Musk’s decision to go with Google’s cloud makes sense. The Starlink beta program that began last year has at least 10,000 users across the US, Canada, and a few European countries, with at least 500,000 deposits of $100 placed by potential customers of the service.