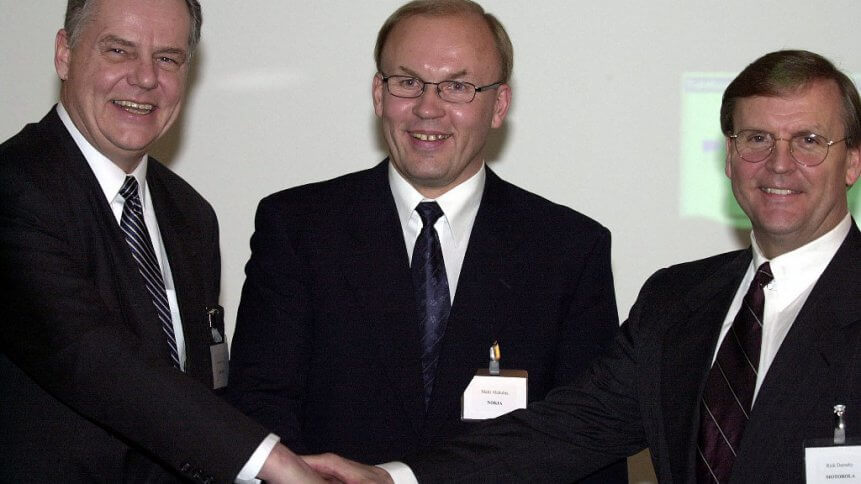 In better times: The then-vice president for Ericsson Mobile Communications AB, Jan Ahrenbring (L), shakes hands with the president of Nokia Mobile Phones, Matti Alahuhta (C), and the SVP and GM for Europe, the Middle East and Africa of Motorola’s Personal Communication Sector, Rick Darnaby (R), back in 2000. (Photo by Martin HAYHOW / AFP)

Swedish telecommunications equipment maker Ericsson said last week that it had agreed to pay Finnish competitor Nokia 80 million euros (US$97 million) to settle a dispute linked to bribes and accounting fraud. The settlement is related to a US investigation into Ericsson’s business in five countries – China, Vietnam, Indonesia, Kuwait, and Djibouti – between 2000 and 2016.

In 2019, the US Department of Justice announced that Ericsson would pay more than US$1 billion in penalties and fines to resolve the investigation related to violations of the Foreign Corrupt Practices Act (FCPA). According to US authorities, Ericsson “admitted to a years-long campaign of corruption in five countries to solidify its grip on telecommunications business.”

Its shortcomings in implementing compliance and internal controls “made it easier for its executives and employees to pay bribes and falsify its books and records.” At the time, Ericsson deplored the “past failings” and pointed to some employees acting in “bad faith”.

Ericsson said in a statement the previous week that it had reached an agreement to settle a damages claim made by Nokia. The sum paid to Nokia “reflects uncertainty, risk, expense, and potential distraction from business focus associated with a potentially lengthy and complex litigation”, Ericsson said.

The settlement, which will affect Q2 2021 results, will be paid out in installments until 2023, but “further details of the terms of the settlement are confidential”, the company said. Ericsson added that it “has a zero-tolerance policy for corruption and has in recent years worked hard to strengthen its Ethics and Compliance program and to build a culture of compliance.”

Nokia settlement not the only Ericsson legal battle

The Nokia resolution comes less than a week after Ericsson said it had reached an accord with South Korea’s Samsung on global patent licensing to end a five-month legal spat. Many common technologies such as wifi and Bluetooth that are used in smartphones are patent protected. While patent holders are obliged to grant licenses for essential technologies on reasonable terms, disputes are frequent.

Ericsson said the two companies have reached a multi-year agreement on patent licenses that puts to an end legal actions filed in the US and other countries. It said that the details are confidential, but flagged an expected rebound in revenue from patent license payments. 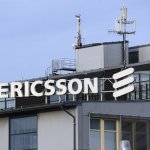 Ericsson saw its patent-related revenue fall by a factor of three during the legal jousting in the first quarter of the year to some 820 million kronor ($98.2 million). It said it now expects those revenues to rise to between 2 billion and 2.5 billion kronor (around US$239m to US$240 million) in the second quarter.