Lyft to sell autonomous driving unit to Toyota for US$550m 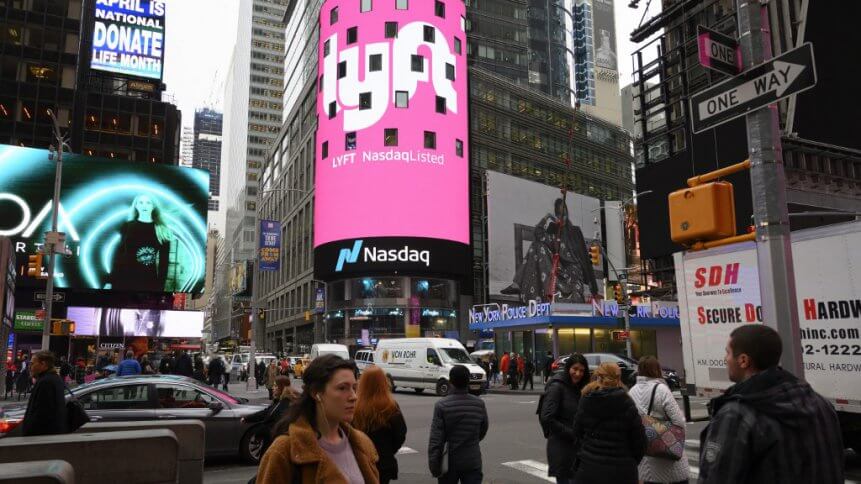 The Lyft logo is shown on the screen at the Nasdaq offices in Times Square in New York. (Photo by Don EMMERT / AFP) US ride-hailing service Lyft agreed to sell its autonomous driving division to a unit of Japan’s Toyota for $550 million, the companies said this week. The move follows a similar divestment from Uber last year, with ride-sharing firms focusing on core operations as they struggle during the coronavirus pandemic.

The Lyft operation known as Level 5 will be folded into Woven Planet Holdings, a subsidiary of Toyota Motor Corporation, which will create a team of some 1,200 people working on self-driving technology in Japan, the United States, and Britain.

Lyft will receive some $550 million in cash, with $200 million paid upfront and $350 million over five years under the agreement. “This acquisition advances our mission to develop the safest mobility in the world at scale,” said Woven Planet chief executive James Kuffner.

“This deal will be key in weaving together the people, resources, and infrastructure that will help us to transform the world we live in through mobility technologies that can bring about a happier, safer future for us all.” Lyft CEO Logan Green said the transaction “brings together the vision, talent, resources and commitment to advance clean, autonomous mobility on a global scale.”

The buyout marks Woven Planet’s first major deal, according to a statement. The Toyota subsidiary, which began operational activity in early 2021, specializes in research and development in areas such as autonomous vehicles, robotics, and smart cities.

Work on its flagship project, “Woven City,” was launched in February. The laboratory city, built on the site of a disused Toyota factory at the foot of Japan’s Mount Fuji, will enable future technological development and testing.

A Woven Planet spokesman told AFP that a group of about 360 engineers and inventors should become Woven City’s first inhabitants within four to five years. Both Lyft and Uber had been working on their own technology for autonomous cars, but the firms have been hit hard by the slowdown in ride-sharing during the pandemic.