According to researchers, self-erasing chips could help stop counterfeit electronics or provide alerts if sensitive shipments are tampered with 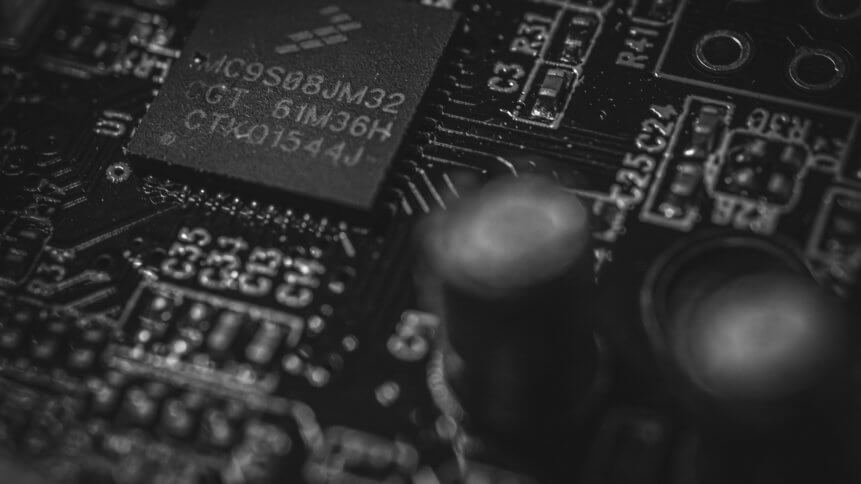 Self-powered and self-erasing chips could be used in anti-counterfeit or temper-detection systems. Source: Unsplash.

New chip technology developed at the University of Michigan could serve as an anti-counterfeit or tamper-detection system, indicating whether a secure system’s casing has been opened and exposed to light.

Academics have developed self-powered and self-erasing chips out of a new material called ‘Beyond Graphene’, which consists of an ultra-thin (consisting of a mere three atoms in thickness) layer of semiconductor laid on top of a film of azobenzene molecules that can change color while temporarily storing energy.

Azobenzene has a special property, emitting light when molecules vibrate at certain frequencies. And that enables messages — or barcodes or QR codes — to be written on the chip itself. When in contact with ultraviolet light like sunlight or blue light, however, the azobenzene molecules naturally shrink, allowing the chip to store its message in the dark – but erasing it once it’s exposed.

Using Beyond Graphene semiconductors could help eliminate supply chain attacks where products are physically tampered with. Almost every company relies upon third-party software and hardware today — nobody builds their own tech from scratch. But with every purchased device, there’s a risk that physical tampering may have taken place.

“We worry about manipulation, we worry about espionage, both nation-state and industrial level, and we worry about disruption,” said Edna Conway, chief security officer for the global value chain at Cisco Systems, to CSO Online previously. The researchers from Michigan think installing these chips inside commercial products or security systems can help take away some of that risk. However, at present, the stored energy only lasts about 7 days in the dark, and this can be even shorter if exposed to heat or even small amounts of light.

The university hopes to be able to extend the material’s lifetime beyond the current seven days to months and years when it could viably be integrated into commercial systems. The latest breakthrough from researchers is a welcome prospect for businesses. Anti-counterfeit or tamper-detection systems could save businesses millions of dollars annually. “It’s very hard to detect whether a device has been tampered with. It may operate normally, but it may be doing more than it should, sending information to a third party,” said Parag Deotare, assistant professor of electrical engineering and computer science at the University of Michigan, in a statement.