Here’s how blockchain will combat the plague of fake news 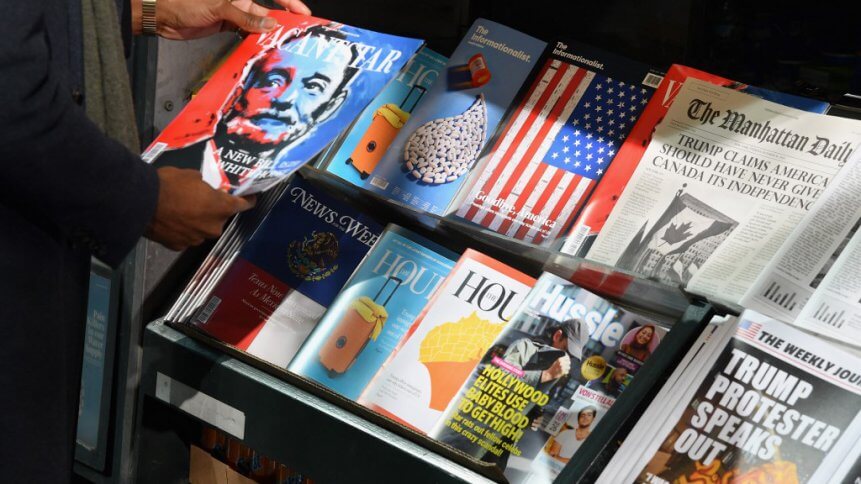 A misinformation newsstand is seen in midtown Manhattan aiming to educate news consumers about the dangers of disinformation, or fake news Photo by ANGELA WEISS / AFP 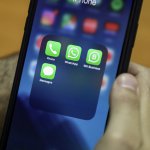 WhatsApp gears up to combat fake news on its platform

The 21st century has set the premise for today’s disruptive digital economy, where creating and broadcasting digital content has become commonplace thanks to mobile devices and social platforms, created and published at a large scale. But the accessibility to create and share information online has surfaced a new problem of fake news and misinformation, making it difficult to filter what is real news.

With ongoing advances in technologies like artificial intelligence (AI), digital animations, and social engineering, the line between fake and authentic content is only going to blur even more. It will take the disruptive capabilities of another technology, using a solution that produces immutable, irrefutable, and wholly transparent results, and that is blockchain technology.

In fact, as blockchain gains credibility, it is being piloted for uses never before considered. Groups, as varied as newsrooms, nonprofits, major corporations, and start-ups, are all eagerly pursuing the technology to create distributed, transparent networks for reliable media and digital information.

How will blockchain sort fake news

The main issue about fake news is the rapid speed with which it disseminates. While false information has always existed, the internet makes it worse every year. The high speed of fake news sharing has the potential to directly affect public relations and have serious political and economic consequences that are sometimes difficult to predict.

For decades, manual fact-checking was the way to go, before technologies for fighting fake news, like automated source finding, or an anti-plagiarism system came about. Then came projects and studies on using various machine learning and natural language processing techniques to identify inaccurate information. These projects are most often based on stylistic analysis of text, using a model that has been trained on fake-news text examples. Nonetheless, there are also limitations here, such as the collection and markup of the database, as it is a very time-consuming process.

However, there are examples of successful projects, such as when Twitter acquired a British artificial intelligence-based startup to help it combat the amount of fake news being spread on its platform. While blockchain, a relatively new technology, won’t necessarily stop people from posting false information, it could, at minimum, foster a new sense of trust in what they see online by making it easier to track and verify. Such efforts could also encourage the public to exercise a healthier skepticism of online media overall.

Blockchain, otherwise known as a distributed ledger system, involves not only the secure storage of data and the use of cryptographic encryption, but it will also be impossible to make arbitrary changes. Smart contracts store text, images/videos, and their sources on a blockchain. Anything that goes into the registry will have source data, namely who posted a particular news item — whether it be an article, photo, or video — and who the source is of a particular quote. This is relevant, for example, for news agencies or government press releases whose information may be distorted when disseminated by other media.

Though it’s at a very nascent stage, according to a recent report from Gartner, Predicts 2020: Blockchain Technology, by 2023, up to 30% of world news and video content will be authenticated as real by blockchain ledgers, countering Deep Fake technology. Gartner also stated that The New York Times is one of the first major news publications to test blockchain in authenticating news photographs and video content.

The newspaper’s Research and Development team and IBM have partnered on the News Provenance Project, which uses Hyperledger Fabric’s permissioned blockchain to store “contextual metadata”. That metadata includes when and where a photo or video was shot, who took it, and how and when it was edited and published.

That said, with the help of blockchain platforms, news sites can increase their transparency, and getting to the source of misinformation will become much easier and faster. Not only will this help another end-user verify the information, but it will also provide evidence of the metadata collected at each stage.