China's digital yuan tests has hastened the e-currency race and now the US sees it as an important project to uptake. 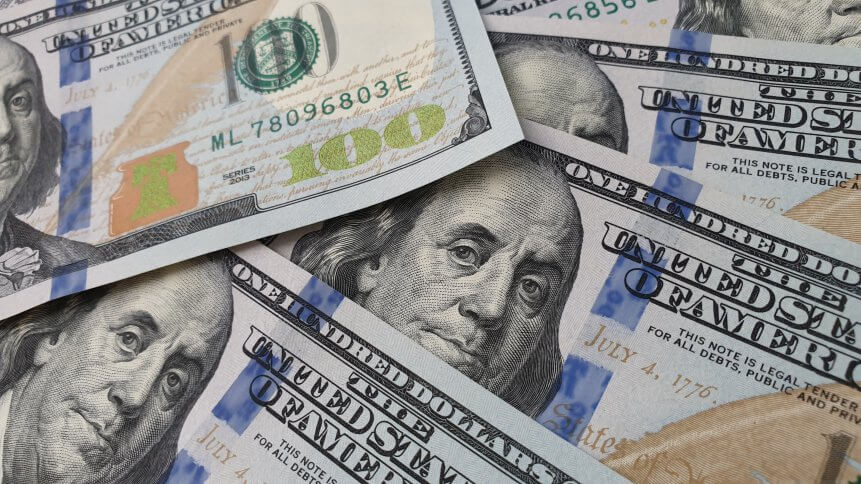 ‘Digital dollar’ is now a high priority project for the US. Source: Shutterstock

There is no doubt that the People’s Republic of China (PRC) is currently the frontrunner in the global race towards digital currency. The country has been waging a digital currency insurgency on the global financial system for the last few years, challenging the US dollar for monetary supremacy. But it wasn’t until recently that the US officials realized that it is about time to make the digital dollar “a high priority project” for the States.

On Sunday, the US Federal Reserve Chair Jerome Powell said “This is going to be an important year. This is going to be the year in which we engage with the public pretty actively”, and he was referring to the digital dollar. The Federal Reserve published a paper exploring preconditions for a retail central bank digital currency (CBDC) the same day. Powell also broke new ground, calling the digital dollar “a high priority project for us.”

He added, “We are committed to solving the technological problems, and consulting very broadly with the public and very transparently with all interested constituencies whether we should do this.” Yet, the US is merely in a ‘consultation’ stage while China executes. In fact, the US’ call-to-action coincides with China’s announcement earlier this month of a significant partnership with the cross-border payment system SWIFT, removing all doubt that Beijing intends to internationalize the digital yuan.

China, at the same time, has concluded a free trade agreement with Mauritius, its first with an African state, in a deal that is designed to create a digital financial testing ground. “As China evolves its digital currency plans, it may ultimately be Mauritius that leads in this area for Africa,” write experts Lauren Johnston and Marc Lanteigne for the World Economic Forum. The FTA agrees to promote “the development of a Renminbi clearing and settlement facility in the territory of Mauritius.”

All this development came after Beijing took advantage of Chinese New Year celebrations on February 12 to deploy three large-scale pilot projects to distribute digital yuan worth roughly US$1.5 million in “red packets” of about US$30 value each. Then, last week, China expanded its testing program of digital currency handouts to the city of Chengdu, the fifth most populous city in the country, where it is distributing some US$6 million in digital yuan.

Although there is no official timetable for the launch of China’s sovereign digital currency, economic planners are reportedly aiming to implement the digital yuan ahead of the 2022 Winter Olympics in Beijing—one year from now. A report by CNBC suggested that “If the US loses the high ground of financial technological innovation, combined with a weakening of the dollar’s global dominance, the benefits for Beijing would be considerable”

The preconditions of the digital dollar

The Federal Reserve’s note on the digital dollar outlined that in order for CBDC to progress, first and foremost there is a need for clear policy objectives. It noted some countries are more focused on immediate challenges, while others have more of an emphasis on future capabilities. Its map classed the digital yuan as a solution to ‘present day challenges’ whereas the US is more focused on the future.

Other preconditions include broad stakeholder support as well as a strong legal framework. Many countries require laws to be changed to enable a digital currency to be treated as legal tender, But in the US, legal tender means something different compared to most countries. Federal law does not compel a private business to accept a currency or coin even if it is legal tender.

The need for robust technology is another precondition, with the Fed noting that distributed ledger technologies (DLT) would “require further advances” to operate at the scale required. The same “further advances” might be required of digital wallets to meet operational standards. And there’s the need for secure hardware to enable a digital dollar to work offline. The final precondition is the need for market readiness which is a matter of timing and the paper points to the low level of contactless payment adoption in the US. “Each of the preconditions on its own will take significant time to achieve, and these preconditions represent only a starting point. There is a great deal of work yet to be done,” Powell said.