Why DaaS is the next logical step for the Virtual Workplace

In a new chapter of remote work, Desktop-as-a-Service hands control back to the enterprise while workers get their BYOD freedom. 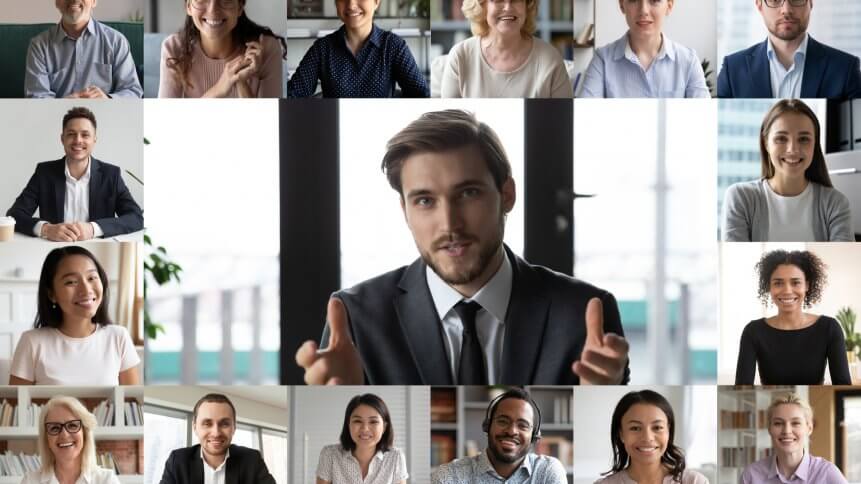 Citrix presented its vision for the ‘Virtual Workplace’ 20 years ago. Now on YouTube, the video follows a business executive who has to conduct an emergency meeting with his team to plan a deal-closing strategy with a client in Tokyo. It’s high-powered stuff. 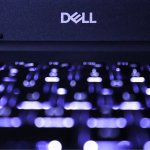 2020 was a turnaround year for PC sales – Gartner

Flitting between videoconferencing, audio calls, and speech to text, ‘Jim’, a corporate CEO, inhabits a futuristic world where we can work and interact with each other from anywhere, between devices. Jim uses his desktop in the office, a Gameboy-like device (the equivalent of today’s smartphone) in his Mercedes (of course), and a ‘big screen’ equipped with a webcam from his home.

When the connection to his colleagues begins to sever due to a “storm somewhere”, the program fails over to another data center, “we’ve just been shifted to another server, no problem,” Jim reassures his colleagues.

While the UX design has come a long way since that film, and devices have become a lot thinner – not to mention the mannerisms: “you’re a gem, Sharon” – the vision Citrix had two decades ago is now a reality.

“[the ‘Virtual Workplace’] really wasn’t about technology, it was about how people would work collaboratively and seamlessly, across devices and across time, across organizational boundaries, and across applications, to collaborate productively to get things done, and to bring balance between life and work,” Mark Templeton, former Citrix CEO, told TechHQ.

“[…] at the time, you know, all we had was our desktop and application virtualization tools.”

Templeton – now board director for Workspot – said the Virtual Workplace vision was the basis of its entry into video collaboration with GoToMeeting, an online meeting, desktop sharing, and video conferencing software package initially released in 2004, “because, you know, it’s easier to collaborate when documents are in the cloud.”

The appetite for tools like GoToMeeting has risen steadily over the years, alongside the evolution of cloud technology. But it arguably wasn’t until 2020 – when remote work was thrust upon every organization by necessity – that the true value of these cloud tools to change our way of working entirely became apparent in what we could call the ‘Zoom phenomenon’. 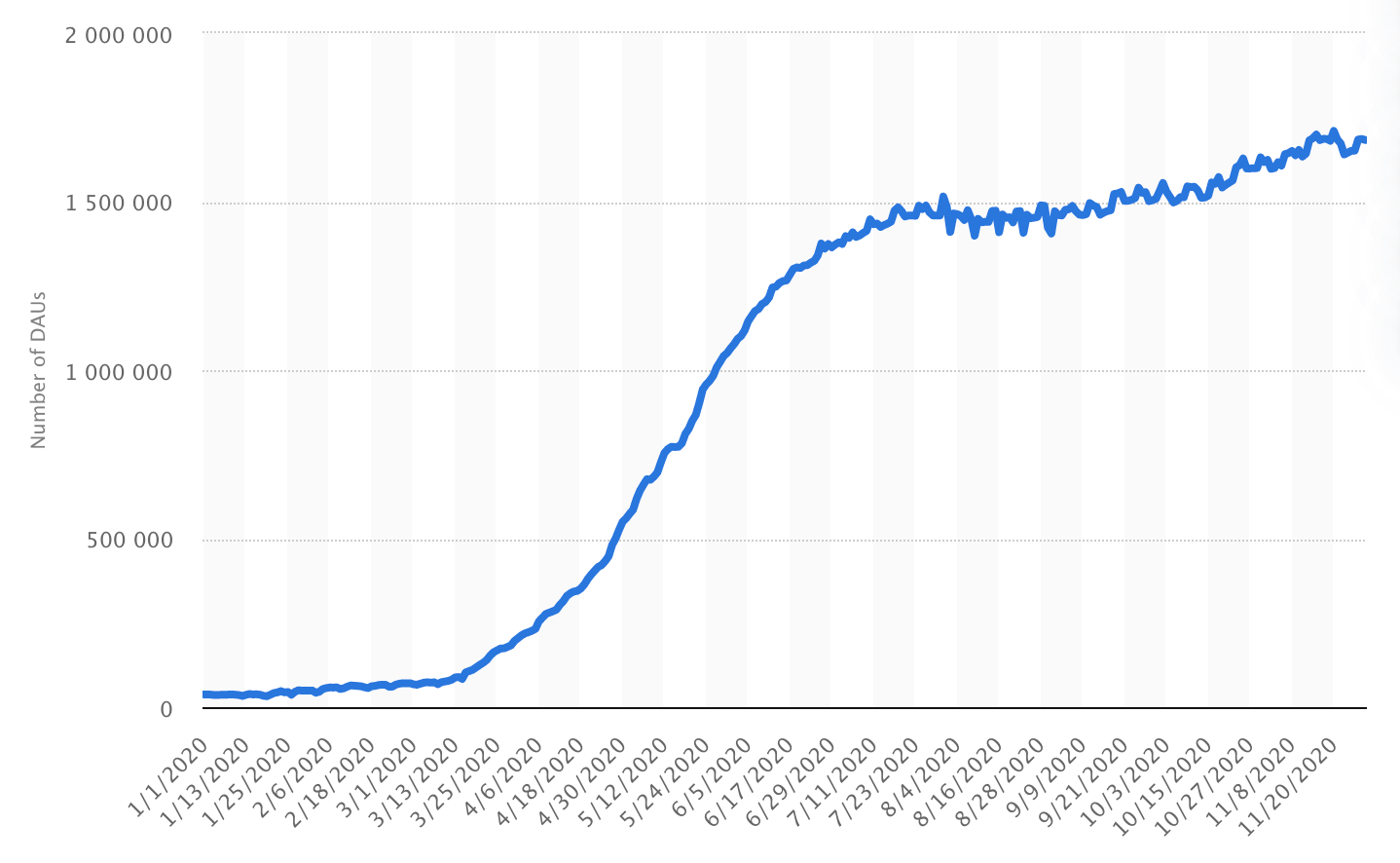 Now, the global videoconferencing market alone is expected to increase by 10% each year, hitting US$9 billion by 2027, according to Grand View Research.

According to a survey by Upwork last year, 41% of the American workforce were working remotely during the pandemic. But it’s the future that counts and more than one in four workers will continue to work remotely through 2021 and beyond. That’s a staggering increase of 87% from the number of remote workers prior to the pandemic. Some of the world’s biggest companies – from banks to tech giants – have committed to the change.

With the dust settling, business leaders are now looking at how to integrate and invest in the most effective IT infrastructure to accommodate the future hybrid workforce.

It’s not unreasonable to say that cloud computing has changed everything in IT. That we can work from home is owed to the fact we no longer need powerful hardware or deep pockets of storage on the devices in arm’s reach.

Well before the pandemic, Templeton had made it clear that he believed the future of work was remote, in what he and Citrix called the ‘software-defined workplace’. Organizations would steadily begin to recognize the productivity gains of a ‘anywhere, anytime’ workforce, who could access their work on any device. Businesses could tap a global talent pool of a younger generation of workers with a need for work-life balance and flexibility: “[…] you know, instead of having a continuous eight hours a day dedicated to work, we would take slices of work, and spread it in our life.”

The pandemic took the choice away for employers, and while Templeton says the trials of 2020 proved to employers that they can trust their employees to work remotely, there are still significant challenges.

DaaS – the solution for a future of hybrid work?

Perhaps the most well-cited of these is the issue of cybersecurity. Overnight, employees had to bring their work devices home and connect them to their home network or use their own devices altogether. This meant that, suddenly, the business IT network was distributed between tens, hundreds, or thousands of endpoints, in what would become a record year for cyberattacks, owed to this disarray amid the distracting backdrop of a global health crisis.

Cybersecurity has become such a concern that many businesses claim they’ll return to the office full-time because of it, shunning the newly-found benefits of flexible working. A report earlier this year found by Promon found, amid a dearth in cybersecurity training,  that 61% of workers claimed to be using personal devices that lacked enterprise-grade security tools.

For Templeton, the answer to this problem lies in technology already available. Desktop-as-a-Service (DaaS) is the packaging together of Virtual Desktop Infrastructure (VDI), a software technology that separates the desktop environment and associated software from the physical device that’s used to access it.

“I think it’s very straightforward”, said Templeton, “It’s Windows that instead of running on a local laptop or desktop computer CPU, […] runs on a cloud-based CPU, somewhere out there in the ether. As a user, you have no awareness of where it might be. But it runs out there on the cloud, and you’re connected to it through the internet.”

According to Accenture, DaaS’s growing popularity has led 65% of major PC manufacturers to offer DaaS capabilities, including Apple and HP. Amid the rise in cloud spend last year, it was estimated that investment into DaaS also rose 40% in 2020.

When it comes to cybersecurity, DaaS enables providers and enterprises to configure ‘standard’ desktops, ensuring that these hosting devices have the latest security protection installed, and are maintained as needed. Meanwhile, no data is actually stored on the end-user device or “sent over the wire”. 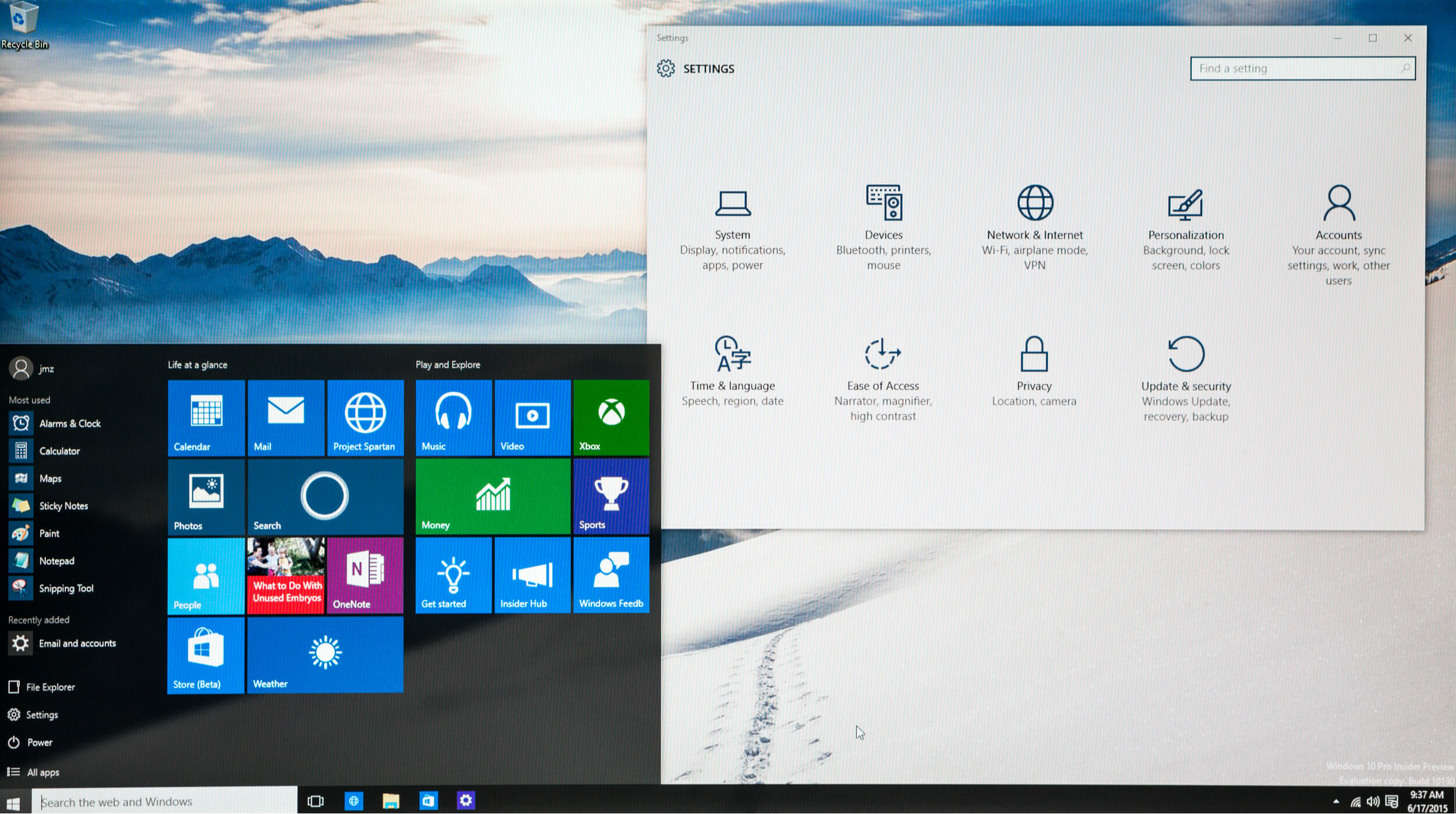 DaaS enables access to a controlled and centrally-hosted Wndows desktop, on any device. Source: Shuttersock

That means that IT teams only have to make sure one images’ security and OS is up to date, to benefit up to 200 or so users, who – while perhaps able to change their desktop background or switch on dark mode – can’t interfere with configurations.

Organizations can ‘check-in’, ensuring all devices are adhering to security policies, whether that’s password protocols, approved apps, and access to sensitive data. They can access insights into hardware, including location and condition, and receive alerts if tech is stolen, missing our outdated.

But the advantages don’t just suit the security requirement of organizations, DaaS is a boon for users.

As workers, we’re used to living out of the browser – we already work with cloud-based tools, save our work in the cloud, and speak to one another with the technology. DaaS accommodates this now familiar way of working. And we can do most of it with as little as a smartphone or notebook and a good WiFi connection – last year, the launch of Alibaba’s 60-gram, palm-sized Wuying computer demonstrated how the need for hardware shrinks when data centers get larger. The days of hard-installed software are drifting further behind us. 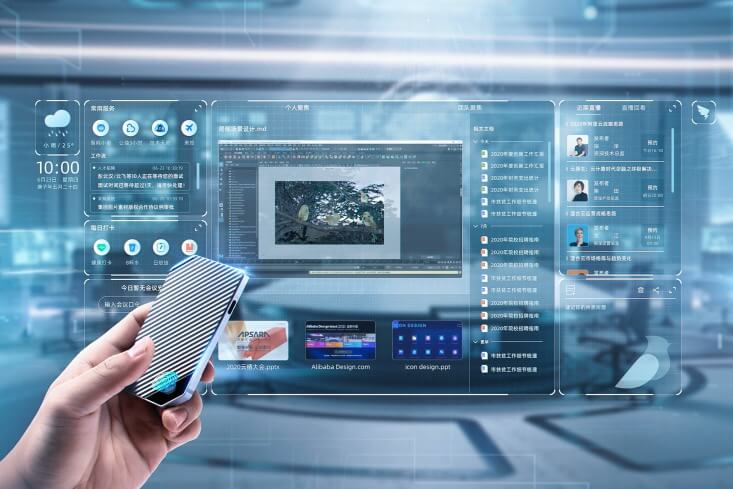 While VDI technology has been around for years, the advanced hyperscale cloud computing services we have access to today – as well as enterprises’ eagerness to adopt it – has made DaaS solutions much more viable, and with user experiences that meet today’s high expectations.

Even for more specialized and heavyweight software requirements, such as CAD software used by engineers and architects, or the Adobe suite used by designers, with DaaS the end-user doesn’t require masses of on-device storage and CPU power. If recruiting a new web designer in India, a business has only to provide access to the software needed, while the employee uses their own device, or one purchased locally by the employer.

Templeton sees the rising popularity of DaaS among a younger generation of workers, who expect to be able to work anywhere and flexibly from one device – the same one they use for their entertainment, for socializing or for other ‘gigs’. And the demand for this way of working will only rise with the advancement of cloud services and the fast connectivity of 5G, which could mean we don’t even require a Wi-Fi connection.

“What I see happening here is, you know, you get to choose the device, from a consumer perspective that works for you,” said Templeton.

“I like iPad Pros, all right. Other people like Chromebooks, other people like two-in-ones or a laptop. And you can set these up for all your personal functions, but a Desktop Service that’s really specialized and built from a security and availability perspective for business, you know, it’s one click away, and it’s right there on your consumer device.

“I think that’s the way the world will bifurcate; that more localized computing is optimized for the consumer. And more of the Desktop Service-type of computing is really specialized around core business processes, regardless of the size of the business.”

Of course, switching to DaaS means entrusting a greater reliance on cloud service providers – and we’re increasingly seeing that these hyperscale monoliths aren’t immune from failing.

Amazon Web Services famously went offline in 2017, taking popular tools such as Grammarly, Medium, Slack, and Trello down with it. In December, a Google Cloud outage saw at least 16 of Google’s products out of action for the period — including G-Suite, Gmail, Google Docs, Google Drive, Google Cloud, and YouTube.

In March last year, a six-hour outage struck the US East data center for Microsoft’s Azure cloud, limiting the availability of Azure cloud services for some North American customers. Microsoft then disclosed that a cooling system failure was the cause of the issue.

It’s very likely, however, that the outages will decrease in frequency in the years ahead, and the length of disruption – when it does happen – will shorten. As of July last year, there were 541 hyperscale data centers around the world, according to Synergy Research, but the number is growing rapidly despite the pandemic – there were 176 currently under construction or in planning at the time of the survey.

What that means is super-low latency for DaaS users, “these cloud nodes are all within probably five to 10 milliseconds of latency from about anyone that matters in the world,” said Templeton, secondly, many vendors have a multi-cloud strategy, so that they can take advantage of multiple data centers, and “mix and match Azure and AWS and Google, and so forth.”

“Depending on what type of outage is occurring, if it’s a whole region of, let’s say, Google, then you can go to the equivalent region of Azure, and we can fire those desktops up. And, even have their backup images start up on Azure,” Templeton said.