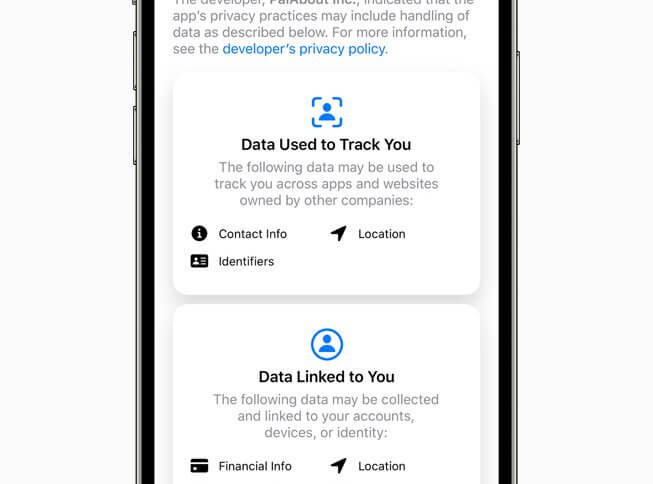 When it comes to our collective sense of internet privacy, there are abundant examples of how our information is being used by unidentified forces on the web. Things however have been slowly progressing as the internet industry is seen embracing users’ privacy at a heightened pace. Apple Inc.’s latest anti-tracking feature is the most recent prime example.

Since last year’s December, Apple has required any iOS app to include a privacy “nutrition label”, listing all the ways the app uses personal data. It comes three months after Apple debuted its collection of promised privacy features. 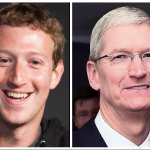 The new requirements, called App Tracking Transparency, should allow you to know what is going on within the app prior to downloading it from either the iOS App Store or Mac App Store. Apple’s Developer site cautions that developers will be required to disclose all the information they and their third-party partners collect and keep their “labels” up to date.

Although there are some exceptions for when these label disclosures are optional, one can be sure that if an app intends to track you consistently, you’ll know about it before. iPhone users can accept or deny this permission on an app-by-app basis, or rescind it entirely in their settings.  At the same time, amid an ongoing privacy standoff, Google is now exploring an alternative to Apple Inc.’s new anti-tracking feature, Bloomberg reported. Basically, the search giant is discussing how it can limit data collection and cross-app tracking on the Android operating system in a way that is less stringent than Apple’s solution.

In short, while app tracking means greater privacy for Apple users, social media giants like Facebook and Google would experience impaired advertising efficiency. Unless huge numbers of consumers opt into tracking, ads will no longer be as personalizable to our unique history, interests, and activity as they could in the past.

Mobile marketing professionals reckon Google could lose USS$17 billion in revenue over the next 12 months, while Facebook has US$8 billion at risk. Mobile advertising expert Eric Seufert has estimated the privacy cost of Apple’s change. He estimates some people will opt into tracking: likely around 20%. 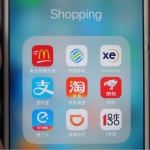 “I believe that Apple’s upcoming iOS privacy changes will significantly harm Facebook’s revenue, causing a roughly 7% revenue impairment in Q2 2021 in the base case scenario,” Seufert writes. “Subsequent quarters will also face revenue losses.” While modeling out a best-case scenario results in only a 2% revenue impairment and a worst-case shows almost 14% impairment, he suggests that it’s entirely possible that Google and Facebook won’t be able to recover a significant amount of efficiency in ad targeting.

Say a 10% impairment with Google’s revenue averaging at US$43 billion and Facebook US$20 billion over the last four quarters, both could lose a cumulative US$25 billion over the next 12 months. To mitigate those losses? Seufert suggests two options; more people could opt into tracking by Facebook and Google, or Google and Facebook (and other ad networks) could get much better at contextual targeting that does not require tracking people and devices around the internet.

Twitter too, in its fourth-quarter earnings results, believes that Apple’s upcoming App Tracking Transparency requirements will have a “modest impact” on its revenue. Even Snap execs said they expected the change to negatively impact the company’s ads business, presenting a “risk of interruption to demand” by advertisers.