In a sign of how the data industry is localizing to suit organizations’ needs in differing geographic regions, the ‘big three’ public cloud vendors Amazon Web Services (AWS), Microsoft, and Google Cloud will soon build and manage hyperscale data centers and cloud services in the Southeast Asian country of Malaysia. The country’s Prime Minister Muhyiddin Yassin revealed that the three giants were granted the approval alongside local telco provider Telekom Malaysia. 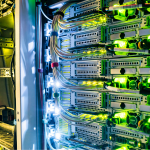 The country’s premier revealed the government’s Digital Economy Blueprint or MyDigital initiative last Friday and it was announced that the cloud service providers (CSPs) are expected to invest between RM12 to RM15 billion (US$2.96 – US$3.70 billion) in the infrastructure in Malaysia in the next five years. The government is also targeting to migrate 80% of public data to hybrid cloud systems by the end of 2022, “as part of the measures to empower cloud computing services in the public sector through its ‘Cloud First’ strategy.”

“The appointment is in respect of Infrastructure as a Service (IaaS), Platform as a Service (PaaS), Software as a Service (SaaS), and Anything as a Service (XaaS) for the next three years from 2021 to 2023. In addition, for a more effective and smooth data collection and management, this strategy also helps to reduce government costs in information technology management in the long run. All these cloud services will allow big data, artificial intelligence (AI), Internet of things (IoT) and other applications to be utilized to enhance and strengthen government services,” Muhyiddin added.

The government has also proposed the appointment of three local information communication technology (ICT) companies comprising of Enfrasys Solutions, Prestariang Systems, and Cloud Connect, as managed service providers (MSPs) to work with the CSPs to manage their services to agencies in the public sector. This particular move is in line with government ambitions to strengthen the capabilities of local providers.

“For a more effective and smooth data collection and management, this strategy also helps to reduce government costs in information technology management in the long run. All these cloud services will allow big data, artificial intelligence, Internet of Things and other applications to be utilized to enhance and strengthen government services,” Muhyiddin said. 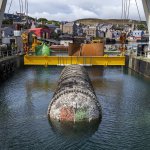 The speed of a website is directly proportional to the distance from its data center. The shorter the distance, the faster the speed. The geographic location is one of the several significant factors which affect the performance of a data center and it should be near to the target audience. Small and medium enterprises (SMEs) in Malaysia has a lot to benefit from if they fully embrace the services provided by Google, Amazon, and Microsoft as well as the digital transformation enabled by the government through the democratized technologies such as hyper-scale cloud, data, mobile, social, IoT, and AI.