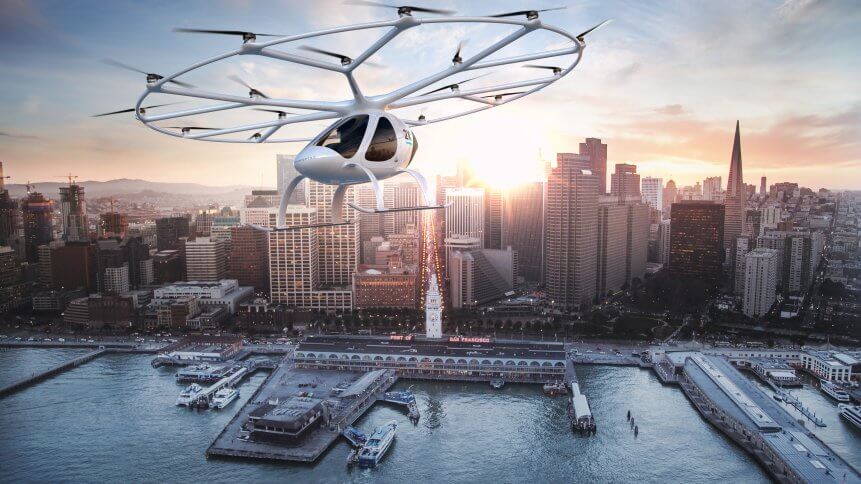 If you thought robotic dogs patrolling Singapore’s parks was something, wait until you try and hail a cab in the city-state.

According to Germany’s Volocopter GmbH, Singapore could be host to the world’s first electric air taxi service as soon as 2023 following flight trials, and evaluation and certification by local authorities.

Tickets for a 15-minute trip in one the single-person, vertical takeoff craft are already on sale according to Bloomberg, costing US$364. The services, which will likely fly over Singapore’s Marina Bay, will start off by targeting tourists but could expand to include cross-border journeys.

According to CB Insights, venture capitalists have invested US$140 million per year in flying cars since 2016, while the market has attracted significant interest from leading automakers, disruptive tech companies, and aviation firms across the globe.

The recent boom of interest in the flying taxi industry can be linked to a few developments in technology and business models.

First, the technological advancement of hardware and software is catching up with the flying car vision. In terms of hardware, improved battery efficiency means better support for flying vehicles, while longer routes can be planned. As for software, satellite communication systems are far more sophisticated than a decade ago, opening pathways to developing location and positioning technology for air vehicles.

Today, we made our first #city #committment in Asia! #Volocopter is committed to #launching our urban #airtaxi services in one of the most #innovative cities in the #world… #Singapore! @EDBsg @SingaporeCAAS: https://t.co/pKMU8BrOOE#eVTOL #UAM pic.twitter.com/m6x3iivvXv

Who are the players?

Aside from Volocopter, the market has attracted traditional carmakers like Toyota, which has invested close to US$400 million in aerospace company Joby to develop an all-electric vertical take-off and landing (eVTOL) aircraft, with plans of releasing it for commercial use.

At CES 2020, meanwhile, South Korean firm Hyundai joined Uber to be part of a global “aerial ride-share network” building next-gen flying vehicles. As one of the six aerospace partners, Uber is working towards releasing its “UberAir service” that would enable users to book flying taxis, launching in a few major US cities initially. Dubbed the SA-1– the vehicle is capable of cruising 1,000 to 2,000 feet above the ground and travels 180 miles per hour for trips of up to 60 miles.

To achieve its goal of commercializing flying cars by 2030, Japan enlisted Boeing and Airbus to develop the travel of the future. Boeing also partnered with Porsche to explore the innovation of flying taxis and the expansion of urban traffic, while both companies plan to leverage their respective expertise to propel the development of premium urban air mobility vehicles. 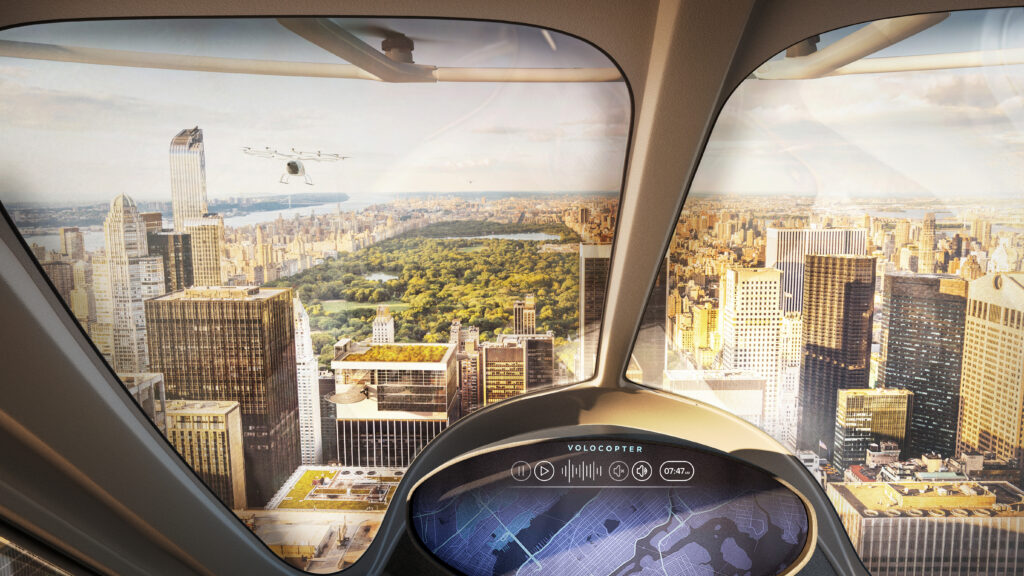 Initiatives to launch flying taxis anywhere are bound in lots of red-tape — as you’d expect. But Singapore is at the forefront due to a more welcoming regulatory environment. That said, the Volocopter still needs necessary approvals from the Civil Aviation Authority of Singapore and the European Union Aviation Safety Agency.

“Singapore is renowned for its leading role in adapting and living new technologies,” Volocopter CEO Florian Reuter said, adding that the city’s R&D in route validation, material science, and battery technology is important for the firm’s long-term success.

Volocopter plans to set up an initial team of 50 pilots, engineers, and operations specialists to support flights in Singapore. The flying taxis will carry one pilot and one customer but, if approval for autonomous operation is approved, could carry two customers at once.