What would Biden presidency mean for US big tech?

Tech policy didn't dominate election issues, but Biden's presence in the Oval Office over the next four years will have a major influence on the sector. 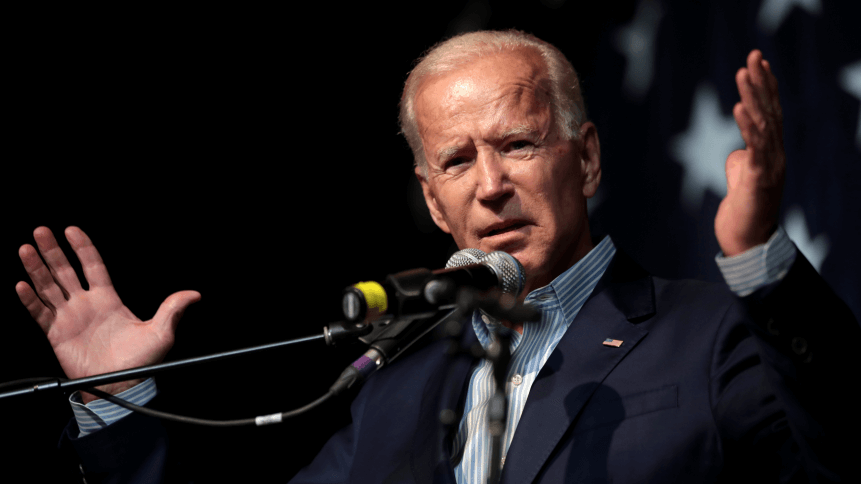 President-elect Joe Biden has promised to put an end to Donald Trump’s isolationist, disruptive approach to global relations. In four volatile years under the latter’s administration, the fate of the world’s chipmakers, smartphone manufacturers, internet giants, and more, has changed abruptly.

Although big tech companies were among the biggest beneficiaries of the Trump Tax Cuts of 2017, they were also made to pay — in tariffs — for their decisions long ago to move supply chains and manufacturers to China.

Now, all eyes will be on Biden and how he intends to rein in big tech in the States, and how much scope he will have to implement his policies if his party fails to gain control of the Senate.

Under Trump’s presidency, the US tech industry was dragged into a trade war with China it didn’t want. Apple, in particular, was hurt by tariffs the administration slapped on some of its consumer electronics products, which are primarily sourced, assembled in, and imported from China.

Trump’s focus on tech bled into his long-running trade war with China, as he issued executive orders to keep Chinese telecommunications giant Huawei out of America and attempted to ban the Chinese-owned apps WeChat and TikTok, which has been unsuccessful.

He also imposed tariffs on US$370 billion worth of Chinese imports, beginning in mid-2018 and Beijing retaliated in kind, putting tariffs on close to US$200 billion of US imports. Then in January this year, the two sides reached a truce and signed the phase one trade deal, which froze tariff hikes and committed China to make US$200 billion in additional purchases from the US by 2021.

However, in general, the trade war with China has been largely a failure because the US’ trade deficit with China is now greater than when Trump took office in 2016. On the other hand, if Biden wins, a more traditional, predictable, and far less belligerent posture toward China will likely take hold. But analysts don’t expect Biden to simply walk back anti-China policies put in place by Trump.

Biden has criticized Trump’s application of tariffs as “reckless” and says that the phase one trade deal delivers “precious little” for the U.S. But the Biden campaign has claimed it won’t just roll back those tariffs. In May, the now President-elect told the United Steelworkers union that he would continue to use tariffs against China “when they are needed.”

Biden told Bloomberg that unlike Trump he has “a strategy…to use those tariffs to win, not just to fake toughness.” For Biden, winning likely means mitigating the effects of China’s hefty subsidies for domestic manufacturers, which enable Chinese companies to compete on price and trade theft. He said those issues were “at the heart” of the trade war.

Ramping up of antitrust efforts

It is clear that the US government has put big tech under more intense scrutiny. Attitudes toward Silicon Valley companies have changed dramatically from just a few years ago when Google and Facebook were hailed as American success stories. Now, that dominance has turned against these companies.

Democratic state attorneys general, who have not joined the Justice Department’s current antitrust case against Google’s web search engine practices and partnership deals, are likely to have more influence in a Biden administration.

Biden’s win makes it more likely that they will join the Justice Department’s lawsuit against Google, perhaps adding allegations that Google has illegally used its market power to dominate the digital advertising market, an area they have been investigating. Democratic attorneys general would also likely have more input on potential federal antitrust actions against Amazon, Apple, and Facebook.

However, it also looks unlikely that the Democrats will take the Senate, meaning that more radical antitrust proposals are likely to be blocked.