The global tech industry, by and large, breathed a sigh of relief on the announcement of President-elect Joe Biden’s victory. The 46th US president set to move into the White House on January 20 and how he intends to rein in Big Tech in America will remain in focus for the next couple of months.

Biden has America’s toxic relationship with China as the top priority to look into after four volatile years under President Donald Trump — who placed tariffs on hundreds of billions of dollars of products from China, imposed sanctions on Chinese companies, and restricted Chinese businesses from buying American technology. 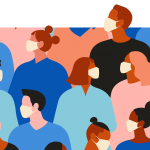 On Trump’s final days in office, he did not slow down. In fact, he issued an executive order barring investments in Chinese firms with military ties. All in all, the tough choices for Biden will include deciding whether to maintain tariffs on about US$360 billion worth of Chinese imports, which have raised costs for American businesses and consumers, or whether to relax those levies in exchange for concessions on economic issues or other fronts.

In fact, a high-powered US working group has advised the incoming US administration to reboot American tech policy to better counter the challenge from China. According to the report released recently, the US should invest more to stay ahead in fundamental research and dual-use technologies but it should also drop the “total exclusion” strategy towards Chinese technology firms, including Huawei Technologies, which have been blacklisted by the Trump administration.

The new policy report on Meeting the China Challenge: A New American Strategy for Technology Competition, was carried out by 28 specialists on China foreign policy, economics, science, and technology from universities and think tanks, as well as the world of business.

The report stated that the US has allowed the foundations for its technological leadership to erode. “It faces formidable competition from China —a country that has deployed full state power, and sometimes used illegal means, to build an innovation system to gain on the US.”

In the report, it is stated that the US has allowed the foundations for its technological leadership to erode. “It faces formidable competition from China —a country that has deployed full state power, and sometimes used illegal means, to build an innovation system to gain on the US.”

Indeed, the US has overreacted to the competitive challenge from China, the report stated, and in doing so is poised to damage its own innovation ecosystem, which flourishes in an environment of global openness. How China uses its technological prowess is one concern; the way it develops or acquires new technologies is another.

Just before the US election, China drew up a plan for the next five years and laid out a road map for the next 15 years to cement economic resilience, modernize the military, realize technological self-reliance and tech supremacy, and break the US technology boycott.

The report advises the incoming administration to do two things: “make needed investments in and policy adjustments for our scientific and technology base at home, and craft a new approach to global cooperation that minimizes the security risks China poses without unduly sacrificing the benefits of openness”. “The task is urgent,” it said.

On Huawei, which stands at the center of the ongoing China-US tech war, the report’s authors said the risks associated with the Chinese telecoms firm could justify a ban on some products, but “the total global exclusion of Huawei is not feasible – nor is Huawei the only risk.”

It also said that the US should not attempt to win a race between Huawei and a new American national champion. Instead, the US should adopt a forward-looking strategy to enable a variety of new entrants to enter the 5G innovation space successfully.

“Such diversification of supplies will make it easier to manage both immediate security risks, and complex future threats to the 5G ecosystem as it shifts from a single-vendor model to a more competitive and diverse interoperative system.” It was also “in the US interest to deflect Beijing’s attempt to dominate [the 5G] standard-setting process”, it said, adding that the US should play a leading role while working with allies to counter market-distorting subsidies by the Chinese government.

The report’s case study also rejects the idea of excluding China from all major supply chains. “However, we strongly recommend diversifying sources of supply to improve resilience from risks ranging from natural disasters to sabotage or war. In some cases, such as in 5G, diversification will open the way to increased design and production in the United States by new market entrants,” it added.