The shift could pave the way to making it easier for all of Apple’s devices to enable 5G connectivity. 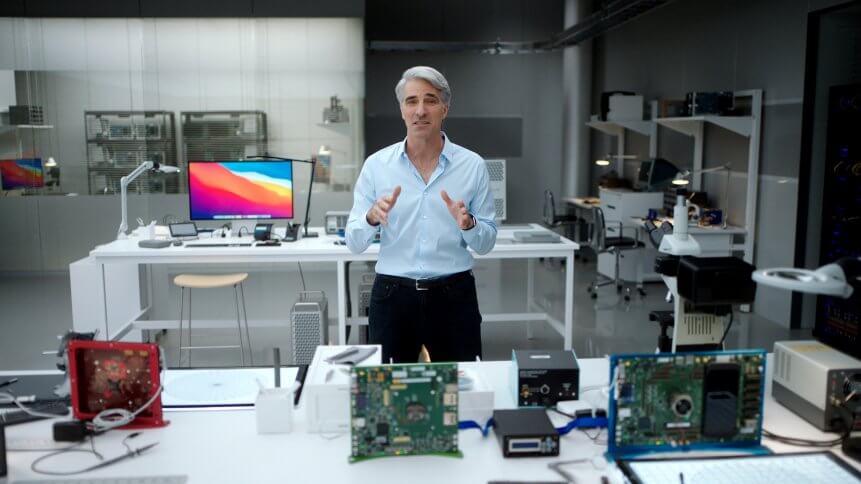 At its One More Thing event, Apple unveiled its first ARM-based Macs, marking a severance from the Intel x86 chips it’s relied upon, and bringing all processor chips for its devices in-house.

The first Macs to carry the new chips will be made available in the new editions of the Macbook Air, Macbook Pro, and Mac Mini. By 2022, Apple expects to have transitioned all Macs to the new chips.

The M1 chip has been compared to a “superpowered” version of the A14 bionic which debuted in the launch of the new iPad and iPhones, which Apple said was “prepared to power pretty much anything that comes next.”

Two CPU cores on the Graphics Processing Unit (GPU) are split between high performance and high efficiency, a combination that should offer better performance than competitors.

Apple will no longer have to rely on Intel for chipset launch dates and update cycles, but ARM-based silicon also brings better efficiencies and battery life without sacrificing performance.

For example, Apple said the new Macbook Air can provide 3.5x better CPU performance and 5x better graphics performance compared to its previous generation. The efficiency gains are such that the device no longer needs a fan, while at 15 hours for web browsing, it’s able to run 6 hours longer than before without charging.

By using its own chips, Apple can further boost Macs’ capabilities, benefitting from the integration between software and hardware that is found in the iPhone as well as utilizing features built into its chips, including custom-built GPUs, Secure Enclave, memory and storage controllers, and machine learning processors.

This integration has also been boosted by the launch of Mac OS Big Sur, the first time Apple has designed a Mac OS for its own silicon.

The upshot is that customers of new MacBooks can expect them to perform like an iPhone — a screen turning on instantly when opened is something we take for granted on our handsets, but something we might not expect when using much more powerful laptops.

The M1 chip will make the user experience much more instantaneous.

By building the M1 chip in-house, Apple will be able to create a common architecture across all of its devices, including iPhones, iPads, Apple Watches, and Macs — the Apple hardware ecosystem will work together more seamlessly, and make it much easier for developers to create apps capable of running across the Californian firm’s hardware.

Speaking to TechHQ, David McQueen, Research Director at tech market advisory firm ABI Research, said the launch of the M1 chip could “signal a significant step” for Apple toward 5G integration and ‘always-on’ connectivity in its notebooks.

“The shift could pave the way to making it easier for all of Apple’s devices to enable 5G connectivity, potentially providing tight integration with its own 5G modems in the future after having bought the majority of Intel’s smartphone modems business, which was completed in December 2019.

“If such a move were to come to fruition, it could be the impetus that the industry has craved, becoming the catalyst to bolster demand in the sector to deliver on the promise of enhanced, next-generation always-on mobile compute experiences.”

While cellular-connected laptops have been around for some years, noted CNET, they’ve been the reserve of corporate “road warriors”.

But with the world of remote and flexible working taking hold and maturing 5G networks promising higher speeds and country-wide coverage, the prospect of a constantly-connected Macbook is exciting for the mobile worker.

“Given that remote work is going to be a permanent fixture in enterprise in one way, shape or form, 5G notebooks could become an enterprise mainstay,” IDC analyst Linn Huang told CNET.