Can aviation turn to automation as growth rebounds?

The aviation industry had a projection of 40,000 new aircraft in the next 20 years. Can automation help aviation meet demand?

Few events in modern history have upset manufacturing, wholesale, as much as Covid-19.

With the virus having disrupted internal supply chains or, in some cases, laying on demand for certain goods, organizations of all sizes which rely on production, warehousing and logistics are in discussions around how they can enact damage limitation and ensure businesses are able to tick over, both until the crisis resolves and long after. 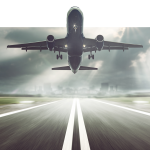 How IoT is powering the aviation industry to new heights

These discussions may well lead to a wider pool of businesses to consider the benefits of automation technologies and robotics.

One industry humbled significantly by the pandemic is aviation. From record low passenger numbers to 14-day quarantines, pre-flight COVID testing to re-routes in flight paths, travel and aviation has had a tumultuous year.

Before the industry was upended and commercial airliners were shut down, the aviation industry had a projection of 40,000 new aircraft including planes, helicopters, air taxis, and unmanned aerial vehicles in the next 20 years.

An effective doubling of production rates is required to meet commercial aviation needs alone. In addition to commercial planes, the military is exploring avenues for unmanned aircraft to be produced in the thousands, while air taxis have been pegged as the ‘future of travel.’

The only way to satisfy that projected need is through increased automation, especially if the demand for flights resume to previous levels before restrictions were put in place.

Manual labor in the aviation industry – unlike many other sectors – is common due to a lack of feasible alternative manufacturing processes. Meanwhile, a shortage of skilled employees has been causing an increasing challenge even before the pandemic, with a possible 2.4 million manufacturing unfilled jobs by 2028, according to Deloitte.

Add in the COVID-19 factor and some companies are simply unable to find people to fill these positions or cannot hire them due to restrictions.

While there are certain automated measures available including projecting instructions for assembly onto workstations and for automated sealant, fastening, marking, and material handling processes, researchers are still busy trying to understand how to automate more other manufacturing processes.

At the end of last year, in Hamburg, Germany, Airbus implemented its A320 Family fuselage structure highly automated assembly line. The new facility has 20 robots, a new logistics concept, automated positioning by laser measurement, as well as a digital data acquisition system.

In addition to the use of robots, Airbus has also implemented new methods and technologies to optimize production, improve ergonomics and shorten lead times with the help of autonomous guided vehicles.

Going in the opposite direction, however, Boeing ended a four-year automation effort at its Everett, Washington factory using robotic arms to insert fasteners on two main fuselage sections of its 777 jetliners and the 777X, and instead opted for manual insertion by skilled mechanics.

Boeing’s first foray into robotics, however, was not wasted and has been a lesson learned in design for automation. Their new method creates less wear and tear on workers by pushing one of the most demanding tasks of drilling holes through metal on to machines developed by Electroimpact. 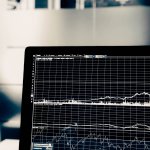 Cognitive automation – transforming the backend of the enterprise?

Despite the industry’s lag in adopting connected, digitalized, and data-driven tools, Industry 4.0 and its promise to deliver greater productivity and quality may help to boost aviation production.

Adopting Industry 4.0 at this current time, however, remains an aspiration in part due to cybersecurity and data management implications. “I think Industry 4.0 is still too immature to turn over the reins to at this point,” said Mick Maher, president of the consulting firm Maher Associates to SME.

“That said, automation is a key component of Industry 4.0. But just as there are parts of automation that are mature such as tape placement, fiber placement, there’s still a lot of development required.”

While automation in the aviation industry may have some way to go in its maturation, COVID-19 has caused manufacturing to jump several years ahead. The benefits of automation are clear, and once restrictions hopefully begin to ease further, automation can be key to improving efficiency, keeping workers safe, and reducing costs.