Can tech giants bring the AI fight to climate change?

How some of the world's biggest tech firms are turning their tech to the most pressing challenge facing the planet. 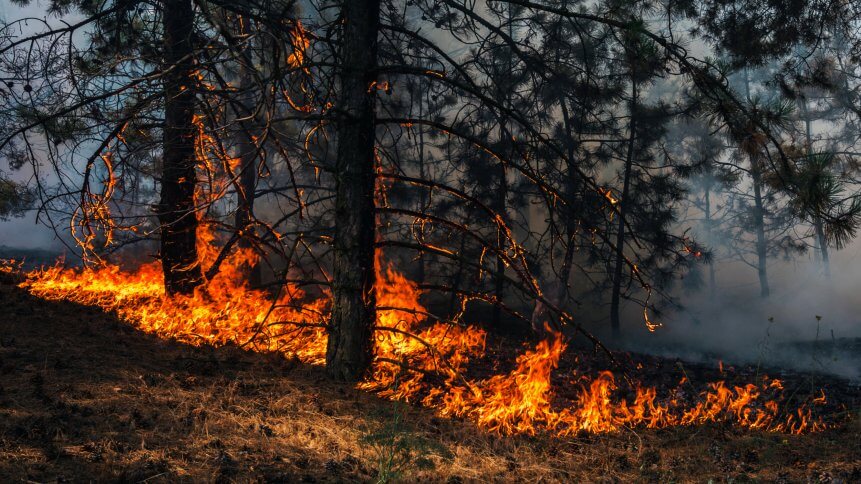 It may have been briefly overshadowed by ‘the obvious’ in 2020, but the climate crisis deserves as much attention as ever. Flooding, wildfires, and droughts are becoming more pressing across the globe. Extreme and abnormal weather patterns are now more prevalent.

From the signing of the 2015 Paris Climate Agreement to Greta Thunberg’s explosion of consciousness among the marching youth, awareness surrounding this state of affairs is at an all-time high. The feeling of ‘now or never’ is laying the pressure on us as consumers to live sustainably — to reduce the plastics and clothing we buy, to use our cars less.

On a larger scale, forward-thinking governments, businesses, and organizations are exploring how new technologies can join the climate change fight. Perhaps unsurprisingly — given its practical ability to trawl through masses of data — artificial intelligence (AI) is one of those top of the list.

Thanks to its ability to identify trends, patterns, and insights from data, AI can expedite the human capability to improve climate modeling, better interpret satellite readings, and enhance sustainable food yield. AI and big data is also being used to revolutionize urban planning, with smart cities on the rise.

Tackling the climate crisis with AI

As the world’s leading tech giants increasingly double-down on various carbon-neutral pledges, many of the more notable efforts are being led by companies such as Microsoft, Google, and IBM, who are directing their technological clout towards the fight against climate change.

Microsoft’s AI for Earth program is putting AI cloud and other tools “in the hands of those working to solve global environmental challenges.” Among a catalog of innovative solutions being developed are agrimetrics (comprising heightened connectivity and automation across the food and farming sectors, cloud agronomics (remote-sensing tech and AI to monitor forest and crop health, leading a ‘new wave of proactive analytics to lower greenhouse gas emissions’) and breeze technologies (developing compact air quality sensors to create hyperlocal maps).

In India, a government’s thinktank has partnered with Microsoft to develop AI applications for small-scale farming, while China has launched a seven-year pilot program to develop automated farming technologies such as unmanned combine harvesters or robotic tractors. The initiatives aim to turn tasks that were once done by hand or with heavy machinery into a seamless, efficient, and automated process. 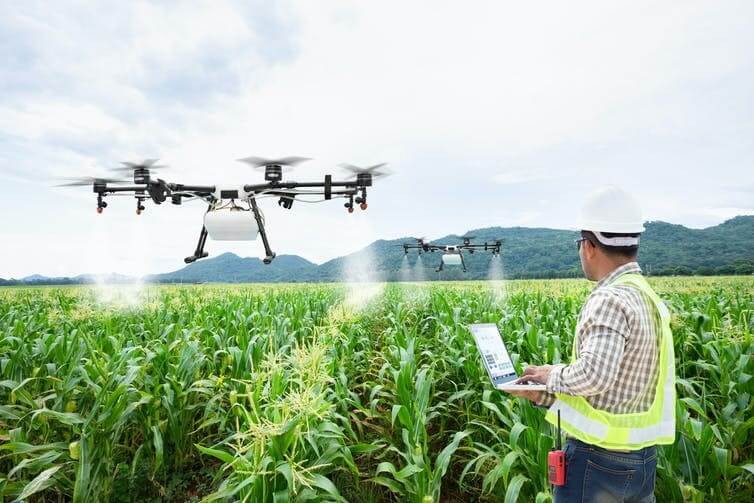 Robotic farming is on its way. Source: Suwin

Putting the AI in clean air

In 2018, Google issued an open call to organizations, prompting the submission of ideas for how AI can address societal challenges. The tech giant received over 2,500 applications from 119 countries across six continents, with projects ranging from environmentalism to humanitarianism. One of the 20 put forward was a research team from the Department of Computer Science at Makerere University in Uganda.

Concerned that the majority of air quality issues affected those in low-income countries, the team developed a solution called AirQo, an initiative that combines human ingenuity, AI models, and boxes packed with air monitoring technology to predict pollution patterns in Kampala. Air sensors on buildings and moto-taxis collect swathes of pollution data, and cloud-based AI software swiftly analyses it to make air quality forecasts. These predictions are passed to government agencies, who can work to improve air quality and reduce the risk of exposure within local communities. The research team hopes that one day this technology will reduce pollution on streets across the continent so that this generation and the next will know what it means to breathe fresh air. 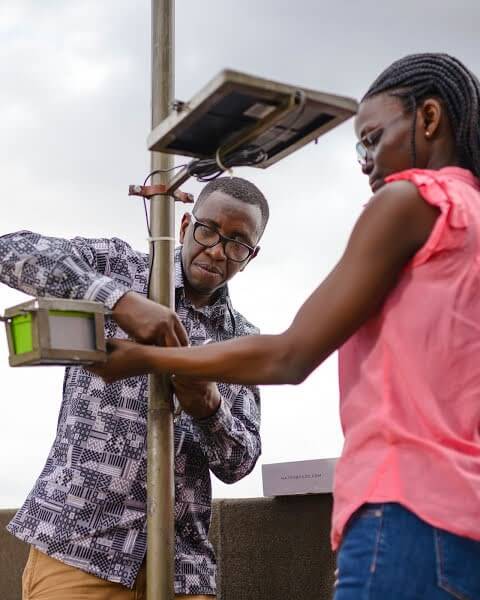 Elsewhere in the world, as we increasingly find ourselves living in connected urban environments, sensors that are spread across cities are able to collect this kind of data, which is then digested by advanced AI systems that break it down into valuable insights that can be used by policymakers.

Through IBM’s Green Horizons initiative, Beijing is already utilizing intelligent technologies to tackle its notoriously high levels of pollution. AI is being used to analyze big data and pinpoint trends in order to deliver air quality forecasting. By collecting and assessing all of the insights from sensors located across the city, the AI system used is able to make effective forecasts such as when pollution levels are likely to increase – and how to protect citizens from its harmful effects.

Other AI tools are already in use across households; AI-powered smart meters, for example, are now commonly installed in homes to pull in and analyze data from multiple sources, allowing people to track their energy usage and reduce their consumption as needed.

Smart meters save energy by allowing for two-way communication between the power grid and users, giving energy providers a better overall picture of usage. They can also use this information to make real-time adjustments to boost efficiency.

In the years to come, we will see algorithms increasingly being used in this way to determine when and how best to generate and supply energy.

A brief view of applicability issues

AI is no silver bullet to the vast challenge of climate change, and there remain some issues to overcome in order to reap the full potential of the technology within this application.

Firstly, the cost of intelligent technologies means that automation and broad analytics with tangible climate outcomes may not trickle down automatically to those who need it most (the socio-economically troubled, or those whose environmental education is limited). The digitization of agriculture will bear high investment costs; distributing this effectively will be absolutely vital to a more uniform impact on the climate.

Secondly, biased algorithms can move to further marginalize those already on society’s fringes — those with bigger priorities than their carbon footprint, and those in regions who could actually be affected most dramatically by the impacts of climate change, such as countries in sub-Saharan Africa, or low-lying coastal regions like Bangladesh.

Thirdly, the ‘big data’ that underpins AI applications is generally owned and controlled by private companies. Regardless of carbon-neutral pledges (and cynical though it sounds), maximizing profits is a pretty big priority there, with the environment perhaps a corollary concern.

With companies like Microsoft, Google, and IBM fast-developing AI technology and helping to recruit it in the fight against climate change, and the vast majority of global governments recognizing the importance of climate action, there are evermore admirable, vital efforts underway the world over. We may well be in the midst of, and witnessing, a movement of powerful technology being used for genuine good.