Society is warming to the idea of smart cities, says Capgemini

Smart cities won't be built from the ground up, they will gradually rise around us. 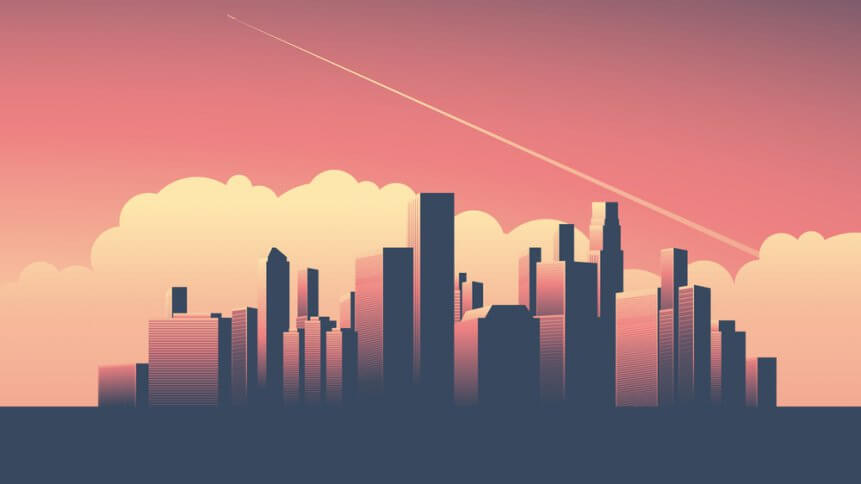 Smart city solutions are on the rise. Source: Shutterstock

The phrase ‘smart city’ might conjure images of driverless vehicles rolling our streets, or robotic-powered restaurants – or even more sinister visions of surveillance culture, or overzealous access to citizen data. And while these kinds of visions may one day become a reality of sorts, the fundamental concept of smart cities comprises the use of new technologies and data to improve economic, social, and environmental challenges.

And there are no small few challenges faced by citizens today, from public security to transport, cultural issues, and concerns about sustainability. While better employment opportunities may pull citizens towards urban centers, other factors are driving them away. A report by Capgemini dubbed Street Smart: Putting the Citizen at the Centre of Smart City Initiatives was built on the responses of 10,000 citizens across 10 countries and 300 city officials, and it found that nearly one-third of those citizens were considering leaving their city because of the challenges they faced there. 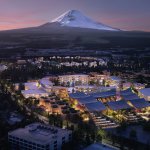 Nearly 55% of the world’s population lives in cities now and, by 2030, we are on track for 43 megacities with a population of more than 10 million. But these centers, while rapidly expanding, emerged from the industrial revolution – a legacy that remains despite us now living in a digital age. Citizens are now accustomed to being connected to an always-on, digital highway characterized by a universe of apps, seamless video communication, and online delivery, but their cities lack this digital touch.

As cities ‘go smart’, and collect and leverage more data, they have attracted the same debates around privacy as the world of Big Tech itself. Alphabet’s urban innovation organization Sidewalk Labs abandoned its Toronto waterfront smart city project officially owed to “economic uncertainty created by the COVID-19 pandemic.” However, the project drew concerns over privacy and data harvesting. US venture capitalist Roger McNamee warned that tech companies shouldn’t be trusted to safely manage the data they collect on citizens, calling the smart city project on the Toronto waterfront “one of the most highly evolved versions to date of […] surveillance capitalism.”

But data privacy concerns are quickly being replaced by an awareness of the benefits, and more than half of citizens now feel tech firms would be better able to provide urban services and improved sustainability than current city authorities. For the public bodies and city authorities, then, it’s crucial to begin implementing technology to these ends, and that could be a competitive differentiator, particularly as COVID-19 has given rise to a remote working culture that can enable better mobility. If public authorities choose not to embrace smart city technologies, citizens may begin to vote with their feet.

While it’s developing rapidly, this technology is not over the horizon, it’s already being engaged by forward-thinking municipalities. Already, we are seeing how advanced technologies can enable us to remap the urban environments around us today for immediate betterment, from IoT-powered transport and parking management in Barcelona, for example, or 3D mapping and modelling in Miami to help mitigate the effects of rising sea levels and flooding.

More expansive developments include those such as Toyota’s Woven City under the city of Mount Fuji in Japan – powered by hydrogen fuel cells it will serve as a “living laboratory” for future technologies such as AI, robotics and self-driving vehicles. Internet giant Tencent, meanwhile, has drafted up plans for a 2 million square meter smart city to occupy the southeastern region of Shenzhen, dubbed by some as China’s Silicon Valley.

But while smart city tech manifests itself in an extensive range of applications and use cases, solutions, as a whole, must pull urban centers toward the greater desires of today’s citizens, who want better sustainability (58%), quality of services (57%), and improved quality of life (54%). Striving towards fulfilling these needs is leading to some amazing innovations around the world. It’s becoming apparent that there is certainly no template for these initiatives, and there are a thousand different routes every city could take, depending on its characteristics.

Some cities have doubled down on achieving healthier lifestyles for their citizens. Air monitoring stations, for example, can help cities track air quality in real-time and take corrective measures, such as redirecting traffic away from areas of high-footfall. King’s College in London has developed an air pollution app that uses GPS and information from the “London Air Quality Network” to provide details on exposure to pollution. The app can notify users if the air quality deteriorates beyond the World Health Organization limits.

Smart cities also promote healthier living by emphasizing the role of green space and encouraging ‘walkable’ design to aid citizens’ health and wellbeing. Copenhagen plans to be the world’s first carbon-neutral city by 2025. It has already cut emissions by 42%, and 62% of residents commute by bike. Frank Jensen, the city’s lord mayor, said: “I want Copenhagen to be a green leader – also in the future. So, we will certainly have very ambitious targets after 2025. Therefore, I am willing to look at all smart solutions, which can make our city greener.”

Other urban centers have focused on improving the wellbeing of residents. According to a BBC survey of over 55,000 people across the world, 40% of young people (ages 16–24) suffered loneliness compared to 27% of those aged 75 or more. This is a significant challenge, as many among this Gen Z population will be making their way to cities for their studies or first job. Developing citizen engagement can help combat loneliness, as it gives citizens a voice and encourages a sense of belonging while helping cities to better understand the needs of their residents.

In Iceland, “Better Reykjavík” is an online platform that connects the city’s citizens to their council. The platform is used for crowdsourcing solutions to the challenges faced by the city. Citizens get to decide how to spend nearly 6% of the city’s investment budget. 700 citizen ideas have been implemented and nearly 12.5% of the population have participated in the voting process. In 2019, nearly 37% of the voting population participated in the eighth annual idea-generation process.

Feeling safe and secure in a city is key to contentment and quality of life. City surveillance technology can help reduce crime and improve neighborhood safety. In the US, the city of Oakland installed a “Gunfire locator,” with microphones positioned across the city. The microphones detect gunfire and then triangulate the position, allowing the nearest patrol car to arrive on the scene quickly. Usually, the location of gunfire is detected within 30 seconds. As a result, crime rates have dropped significantly.

Smart transport and mobility solutions save commuting time and effort for citizens. They can also make transitions between different modes of transport more seamless, using one-point ticketing systems and app-based identification and payment. The city of Hamburg in Germany is developing a smartphone app that detects the current location of a passenger to “check-in” to a bus or train. The passenger can show a bar code in the app instead of a ticket and the app automatically detects that the journey is over after the passenger leaves the bus or train. The city of Helsinki has implemented “WHIM,” a single, cross-mobility app encompassing all public transport, bike-sharing, and car-sharing options in the city.

Multiple cities across the world are creating cycling-friendly infrastructure and encouraging commuters to bike to work. Transport for London is using video sensors with artificial intelligence capability at 20 locations across London to detect the volume of different modes of transport, especially cyclists and pedestrians.

This data will be used to assess the demand for new cycling routes in the city. City of London authorities have set a target of 80% of the commute in the city to be made by walking, cycling, or public transport by 2041.15 Overall, 64% of citizens are willing to use smart city initiatives for transport and mobility.

Ultimately, smart cities gradually becoming a reality around us, in the form of small-scale, often tech-enabled innovations, which combine to enhance our cities as better places to live in a modern, digital world. Unless you happen to be in Shenzhen or another part of the world where there are ambitions to build smart cities from the ground up, smart cities will rise up around us bringing new benefits, and citizens are ready.