How are developments in quantum computing weathering and responding to a turbulent year? 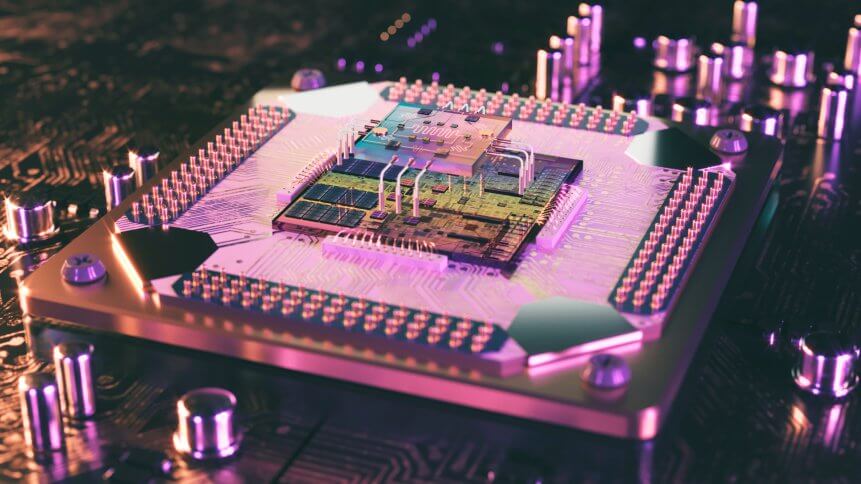 A 3D render of a quantum computer processor. Source: Shutterstock

Quantum computing (QC) has been theorized for decades and has evolved rapidly over the last few years. An escalation in spend and development has seen powerhouses IBM, Microsoft, and Google race for ‘quantum supremacy’ — whereby quantum reliably and consistently outperforms existing computers. But do quantum computers remain a sort of elitist vision of the future or are we on course for more financially and infrastructurally viable applications across industries?

Getting to grips with qubits

How much do you know? Ordinary computers (even supercomputers) deploy bits, and these bits comprise of traditional binary code. Computer processes – like code – are made up of countless combinations of 0’s and 1’s. Quantum computers, however, are broken down into qubits. Qubits are capable of ‘superpositions’: effectively adopting both 1 and 0 simultaneously, or any space on the spectrum between these two formerly binary points. The key to a powerful, robust, and reliable quantum computer is more qubits. Every qubit added exponentially increases the processing capacity of the machine.

Qubits and the impact of the superposition give quantum computers the ability to process large datasets within seconds, doing what it would take humans decades to do. They can decode and deconstruct, hypothesize and validate, tackling problems of absurd complexity and dizzying magnitude — and can do so across many different industries.

Wherein lies the issue then? Quantum computing for everybody! We’re still a way off – the general consensus being, it’s 5 years, at least, before this next big wave of computing is seen widely across industries and use cases, unless your business is bustling with the budgets of tech giants like Google, IBM, and the like. But expense isn’t the only challenge.

Frail and demanding — the quantum hardware

Quantum computers are interminably intricate machines. It doesn’t take much at all to knock a qubit out of the delicate state of superposition. They’re powerful, but not reliable. The slightest interference or frailty leads to high error rates in quantum processing, slowing the opportunity for more widespread use, and rendering ‘quantum supremacy’ a touch on the dubious side. 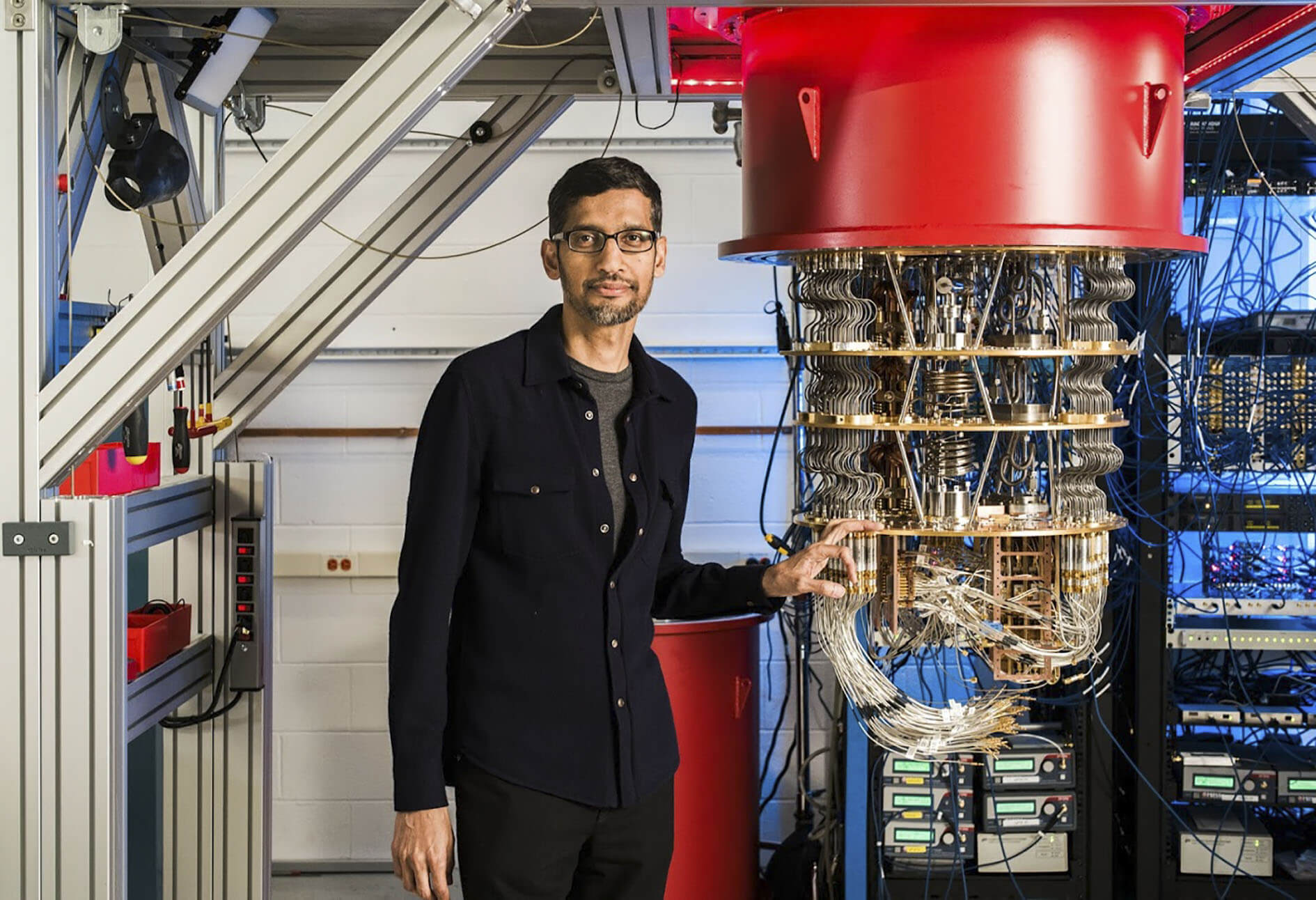 Alphabet CEO Sundar Pichai with one of Google’s quantum computers in the Santa Barbara lab. – Scientists claimed on October 23, 2019 to have achieved a near-mythical state of computing in which a new generation of machine vastly outperforms the world’s fastest super-computer, known as “quantum supremacy”. Source: AFP

Quantum computers have to be kept isolated from all forms of electrical interference, and chilled down to close to absolute zero; a small army of people are required to maintain them, to tweak mirrors, adjust signals, replace, test, calibrate and update components. Many of the big breakthroughs so far using QC have been in uber-controlled settings or using problems that we already know the answer to.

The algorithms of quantum computing are looking strong; the machines, though, are tender and the technology nascent. Due to this, one estimate is that by 2030, only 2,000 to 5,000 quantum computers will be operational. With this in mind, how do the computers come to be used more widely?

Which businesses are benefiting, and how?

Quantum computing is geared towards the most complex of tasks. When confronting or responding to an issue, its strength lies in eliminating heaps of “incorrect” variables or outcomes, rather than landing on an answer per se. Given this – and the budgets required to develop the hardware – it is the big banks, university labs with big budgets, pharmaceuticals, and manufacturing companies that are benefiting from the technology off the bat.

This could spell a whole host of product efficiencies; quantum computers will find use anywhere where there’s a large, uncertain complicated system that needs to be simulated. From predicting the financial markets to producing better, cheaper drugs, and from new sustainable surface solutions to chemical modeling, QC has the potential for a seismic impact across industries.

For smaller businesses and even individual users, though, quantum computing remains feasibly accessible only ‘as-a-service’. It’s already possible to use IBM’s quantum computer via its site. You could even play a card game with it…

Quantum-as-a-service — the race is on

But while the closest you’ll get to a quantum computer today is (probably) via a cloud computing service, even they’re a bit sparse too. But by the end of 2020, several types of quantum computers will be available through hosted cloud services.

More than 100 companies are currently paying for IBM’s Q premium service, which grants access to the company’s experts as well as its quantum hardware. There’s also Bracket for AWS (Amazon’s quantum-as-a-service offering), designed to let one get hands-on experience with qubits and quantum circuits. Through Bracket, Amazon’s users can “build and test circuits in a simulated environment and then run them on an actual quantum computer.”

Any researchers utilizing these cloud-based QC options won’t have access to the inner workings of the computer, though, and so can’t advance bespoke designs for particular business applications. They won’t be able to ‘co-design’, or fully exploit the “interplay between computer fabrication and computer use.”

Even with this offering, the shift from computing to quantum computing won’t be clear cut for businesses even with cloud-based offerings on the rise. Over the coming year, the case will likely be for a “hybrid approach”, in which some processes are undertaken with regular computers, and the more grand-scale, complex being tackled with QC technology. 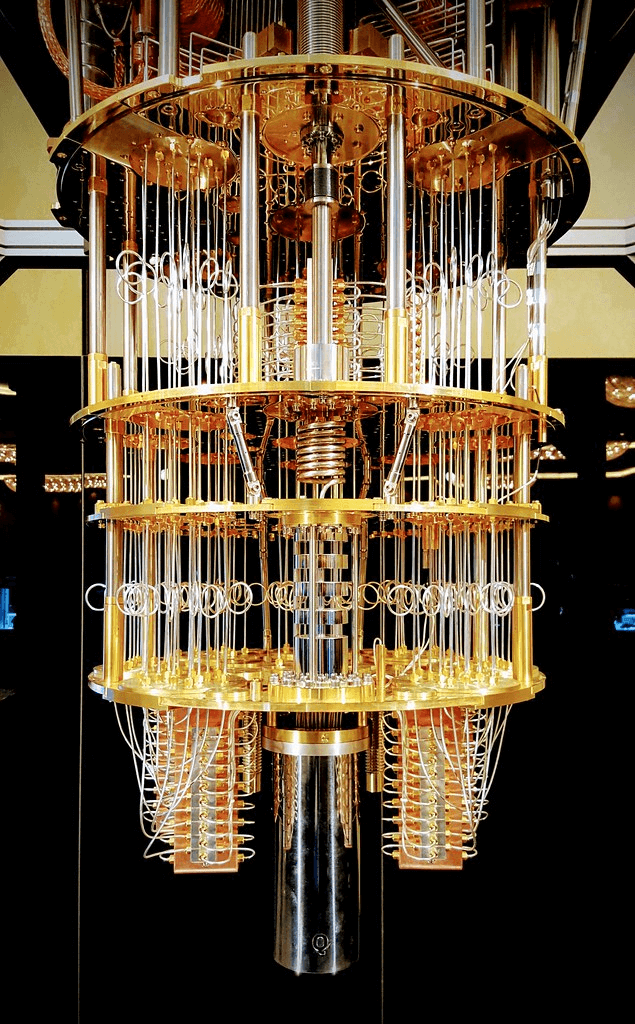 Science and healthcare are at the forefront of the quantum computing revolution. The development, discovery, and distribution of drugs will perhaps see, eventually, a new era of healthcare materialize.

But in the context of the here and now, how can quantum solutions mitigate pandemics?

Developing and distributing drugs faster, enhancing clinical trials, and minimizing wasted resources have been some of the key global motivations since the turn of 2020, and for obvious reasons. According to Heather West, senior research analyst at IDC, Covid-19 has escalated the will, urgency, and relative necessity of experimenting with quantum computing tech.

“Quantum computing could identify patterns that will allow us to identify something like Covid-19 earlier. We would be able to work faster to identify compounds, put together a vaccine faster, or determine faster the different ways by which we can slow the transmission,” she said.

The economic consequences of the current global pandemic could go a few ways, either reducing short-term technology investments in promising tech such as QC or seeing accelerated investments in emerging technologies, with those promising to assist in preventing and mitigating future pandemics top of the wish list.

Healthcare is evidently a vital strand of focus for technology budgets, and different businesses have responded in different ways. We’ll go with a positive anecdote…

One quantum computer at the University of Maryland chronicled here by Christopher Monroe, has been redesigned to run remotely — for convenience and for continuity of long-term research goals. Though remote quantum computer (named EURIQA) began operating autonomously in April 2019, since Covid-19 took us all by the collar, the machine – encased in a rarely opened, vibration proof, temperate box – has really come into its own.

It is tended to for 10–20 minutes about once a week; a technician will go to the lab, reboot the odd computer, check on the power supply. The automated work that EURIQA is carrying out has resulted in “excellent data”; with little to no disturbance, theirs is “one of very few university quantum experiments making real progress right now.” With quantum computing possible even in lockdown, and with cloud-based offerings growing in promise, it might not be all that long before we see a broader series of uses.