Can robots find a role in providing emotional support? 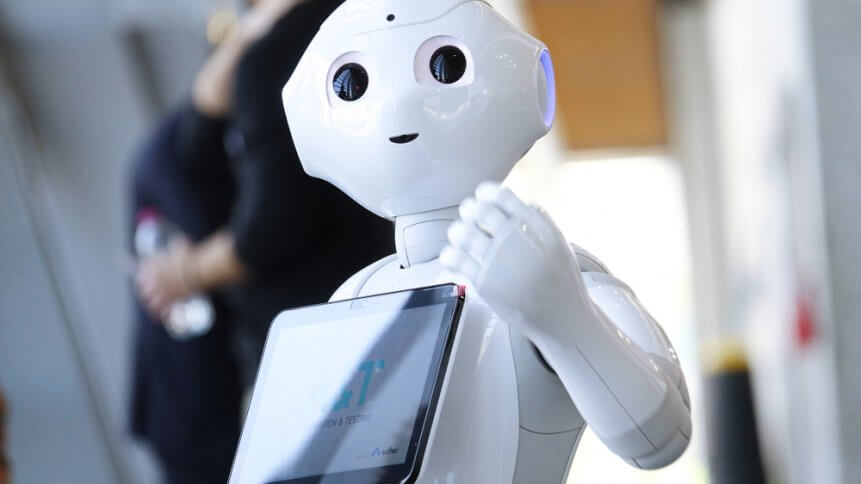 The tough job of healthcare workers has been monumentally more challenging with the coronavirus outbreak. Hospitals and medical institutions have faced the reality of a global health crisis alongside staff shortages, shortages of personal protective equipment, and the need for more frequent cleaning routines. 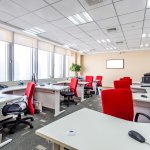 Returning to the workplace with wearable tech, robots and QR codes

These demands have led some to explore the advantages of robotics, as a solution to reducing the burden on healthcare workers and facilities, and to reduce the risk of transmission. In the thick of the pandemic, robots and drones have been seen delivering food and medicine, transporting medical freight between facilities. There have also been multiple cases of hospitals, and other businesses, employing microbe-killing, floor cleaning robots that are able to patrol rooms and corridors performing deep cleans of surfaces with concentrated UV light.

But besides taking advantage of the fact that robots do not sneeze or cough, and drastically minimize physical contact between humans, robots might bear huge potential in social care as well.

In the UK, scientists at Heriot-Watt University have programmed robots, including Pepper (the world’s first humanoid), to address the issue of a surge in loneliness. The Scottish university aims to incorporate robots in social care as a potential solution to reach out to vulnerable groups affected by the social distancing measures that have resulted in decreased visits and restricted activities.

“We are specifically interested in understanding the needs of the most vulnerable at this time and what technology could be used to make their lives better,” Mauro Dragone, the project’s lead scientist, told AFP.

The experiment, named Ambient Assisted Living, saw robots such as Pepper perform basic household tasks. The project will see robots assisting care workers with stretched hours of work and responsibilities by taking over simple household chores. Meanwhile, in the US, researchers from Ohio State University’s College of Nursing and Vanderbilt University received a US$3.13 million grant to develop socially-assistive robots aimed to promote social interaction among older adults. The humanoid and animal-like robots will be trialed next summer.

“It’s humans that’s you want to have as your companion,” Dr. Lorraine Mion, OSU College of Nursing faculty said. “The robot can be a great assistive technology to the nursing homes and the assisted living areas that can then be used to facilitate older adults to engage with one another.”

In this sense, the number of robots enlisted in social care is likely to rise. For countries like Japan with an aging population that is straining its economy, care workers are in demand. Similarly, in the US, the demand for caregivers is predicted to surge due to the shortage of people working in the sector and the slowing natural population growth in the US.

Robots are inherently designed to automate repetitive tasks with close to near-perfection or at least free from human error, but recently, artificial intelligence (AI) and machine learning (ML) has played a role in developing a new generation of more humane and sensitive robots, suited for social care. 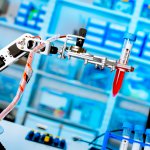 Robotics in research – freeing up time for socially-distanced innovation?

The use of AI in providing companionship, or emotional engagement or analysis, has been explored for some time. IBM has used AI tools to monitor players’ emotions at Wimbledon to automatically create highlights packages for fans, while chatbots have been deployed as digital ‘ears’ for users to discuss sensitive issues, such as bullying or depression, for some time.

Based on data and algorithms, AI may be limited in emotional aptitude, but it is certainly capable of serving as an emotional strut or prompt in certain scenarios.

Social care is one notable example of where these ‘companion’ robots can make a difference. But the same approach has been adopted in other areas; in space exploration, robotics could prove crucial in exploring how machines can support humans — practically and emotionally.

The Crew Interactive Mobile Companion 2 (CIMON 2) was a spherical droid equipped with microphones, cameras, and a slew of software to enable emotion recognition, which joined astronauts of the SpaceX’s Falcon 9 rocket launched last year.

“The overall goal is to really create a true companion,” said Matthias Biniok, the Lead Architect for CIMON 2, told Reuters. “It’s trying to understand if the astronaut is sad, is he angry, joyful […]”