Zoom has HaaS for your conference room

Initially only available for US customers, the Zoom hardware-as-a-service offering now extends to the boardroom and the meeting space. 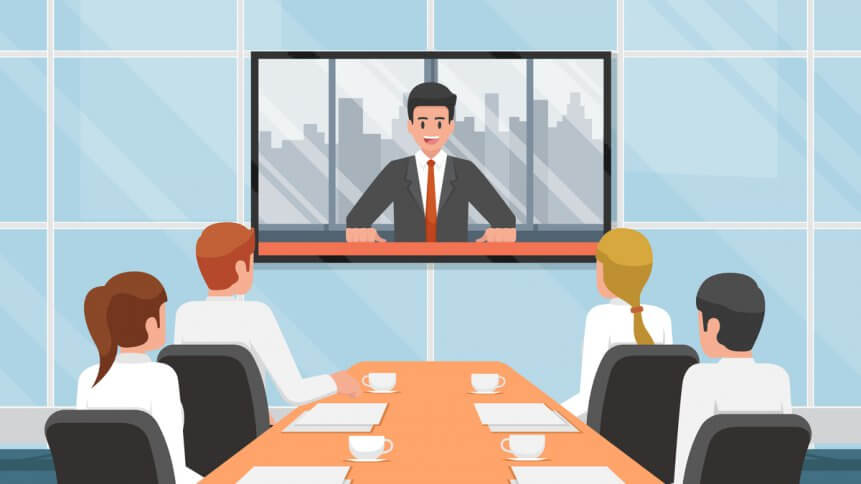 On the back of its recent earnings conference call (with a predictably good showing over the last quarter), Zoom has announced Zoom Rooms, and extension of its existing hardware-as-a-service, Zoom Phone.

The latter allows users to rent choice VOIP hardware for use on the Zoom network for a few dollars a month for each handset. Zoom Rooms extends this service to conference room-type hardware, with kit from manufacturers like Poly, (the Poly Studio X50, for example), Neat and DTEN, a 55″ interactive video conferencing panel.

“Amazing hardware partnerships are a key part of Zoom’s ecosystem,” said Zoom’s president of product and engineering, Velchamy Sankarlingam in a press release. “With many people globally coping with today’s unique challenges, easy access to hardware is critical for offices, distance learning, telehealth, and more.”

Pricing varies by type and slickness of equipment, and users can adopt different support levels for the service. Hardware refreshes are “as often as” every three years, so companies signing up are assured of relatively up-to-date hardware.

However, note that the Zoom HaaS offerings are all priced without any Zoom software costs, which are an additional charge. And, for now, Zoom’s HaaS range is a US-only offering.

Other service providers and manufacturers are beginning to follow suit: Amazon’s Chime is already being advertised in the mainstream media (albeit as a consumer device), and we expect it won’t be long before compatibility with other systems and hardware begins to become more prevalent — the GoTo suite from LogMeIn already works happily with Microsoft Teams, for example. This could quickly be followed by full-blown collaborations, such as between Microsoft and Dell (Teams and Interactive-Touch monitors, respectively).

Zoom’s hardware-as-a-service is offered as an “end-to-end” communication platform, a phrase with which Zoom has an unfortunate history, having applied it to its software’s encryption properties, a position which it had to backpedal from rather rapidly.

However, the advantages of low up-front costs and refreshed and supported hardware could go a long way to increasing Zoom.us’s already burgeoning fortunes. Already in daily use as a verb (“the team will Zoom later”) and almost as a description of a technological concept (“see you at tomorrow’s Zoom quiz”), the company has indubitably done fantastically well to scale quite as quickly as it has done since the Coronavirus epidemic swept it to such ubiquity. 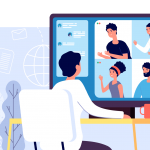 For many in the enterprise space with concerns about security and encryption, there has been recent comfort from Zoom’s CEO Eric Yuan’s announcement of a 90-day plan on April 1 aimed at improving safety and security. In a blog post, Yuan has reported on the emergence of a “CISO Council” of the good and learned, stating that:

“[…] in less than a week after announcing our 90-day plan […], some of the most well-respected CISOs in the world have offered us their time and services. This includes CISOs from HSBC, NTT Data, Procore, and Ellie Mae, among others. The purpose of the CISO Council will be to engage with us in an ongoing dialogue about privacy, security, and technology issues and best practices — to share ideas and collaborate.”

It’s been some journey for a video conferencing supplier little known outside business circles to becoming thought-leaders in privacy and data security. Perhaps becoming a verb has its advantages? For Zoom, its primary advantage is a current market cap of 49 billion dollars.