SQL is the most in-demand skill by employers today – an indication of the vast role and importance that data now plays in business. 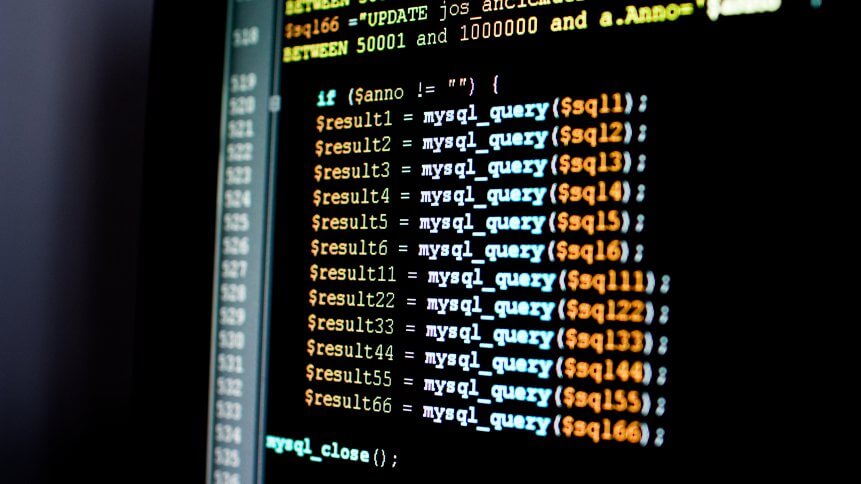 In normal circumstances (remember them?) it can be difficult to put aside time to focus on personal development but, within the last 100 days or so, many individuals may have taken the extra hours freed up by no commuting, temporary furlough, or weekends with little place to go to sharpen or expand their skill sets.

Whether it’s that the widespread lockdowns and distance from the office have provided clarity on your career direction, you want to remain employable in a rapidly digitizing world, just want a new challenge, or otherwise, there are huge volumes of free tutorials, apps and resources available online to help.

According to an analysis of more than 1 million active LinkedIn job advertisements on April 30 this year commissioned by SHL, coding skills comprised 7 out of ten of the most in-demand hard skills for jobs in the US. Learn to code well, and you’ll most likely never struggle to find work again (or for the next ten years or so, at the very least). 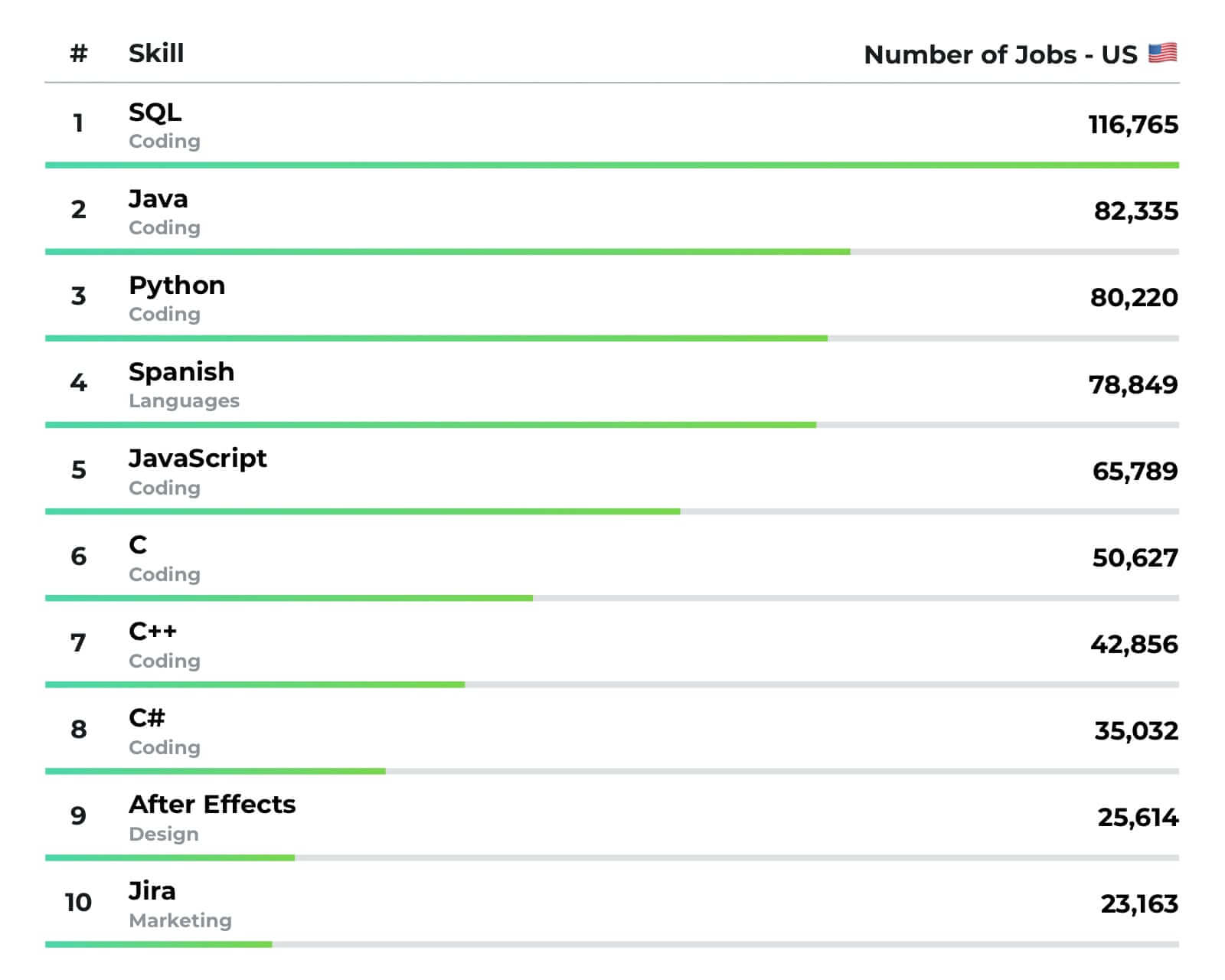 Topping that list with 116,765 jobs sourcing the skill was SQL, the standard language for relational database management systems, and an indication of the vast role and importance that data plays in businesses today, and the need for individuals who can access and manage it, and help businesses to make sense of it and utilize it.

According to Indeed.com, the average SQL developer’s salary was US$92,000 as of July this year as businesses seek those who can get them answers from their data, and ensure it’s being leveraged to full effect as volumes continue to amass and data use becomes a strategic asset for business intelligence. Brewster Knowlton, owner of the IT services firm the Knowlton Group, said “[…] learning SQL can be one of the greatest career decisions you make.

“Between the potential salary, no longer relying on others to give you information, and being able to ask any question about your business, learning SQL enables you to do so much more than you could have done previously.”

While Java (which recently passed a 25-year milestone) was second-most in-demand, Python was a near second. With an active community and support, Python has seen enormous growth in the past several years and, according to GitHub repository contributions, surpasses Java to be the second-most popular coding language behind JavaScript.

Simple, elegant and powerful by design, Python has focused on developer experiences and lowering the barrier to entry to programming, but its versatility means it’s used as a scripting language for web applications to automate tasks, in software applications, in shells of operating systems, and even scientific and mathematical computing, and artificial intelligence. It’s easily integrated with other languages such as C or C++ to which it can offload CPU heavy tasks.

According to Code Institute and as an example of its ubiquity, Python is used in YouTube, Instagram, Quora, and for much of DropBox where its creator Guido Van Rossum now works. Interestingly, it’s also been used heavily in digital special effects behind the likes of Star Wars and Marvel films.

For the most high-paying programming jobs, we have to look to less common languages.

Being versed in Golang (Go) will get you an average salary of US$151,069 in the US, making proficiency with the language the current highest-paying coding skill. Go is used by big tech firms such as Twitter and Google (it was designed at the company) for large-scale network programming. That salary is a reward for its rarity – it’s quite a bit less likely to appear on resumes than Python or Javascript.

Lightweight and open source, Go has found real popularity within microservices architecture and has been embraced by open-source applications developers as the language behind applications including Docker, InfluxDB, Kubernetes, Terraform – it’s even used in the Ethereum blockchain.

Elsewhere in the top three most well-paid coding skills are Scala (US$143,211) – a functional programming language introduced, in part, as an alternative to Java’s ‘verbosity’ which has become a staple for many startups today – and Objective-C ($US137,475), a general-purpose, object-oriented programming language, and the main programming language used by Apple for the OS X and iOS operating systems and their respective APIs.

With such a wealth of career opportunities at some of the world’s most exciting companies and projects available for skilled coders, learning a programming language is possibly one of the most valuable skills that can be learned from home, and there are endless resources online to help take you from beginner to professional.

Free Code Camp claims that more than 40,000 people have taken advantage of its free resource and have gone on to land jobs in the tech industry at companies including Google and Apple. Codewars is another free platform that encourages collaborative learning with challenges, while Udemy offers thousands of courses on languages like Python, JavaScript and Java.

All those hours you are sparing on commutes could be put to use on these sites and more.