Uber races ahead in delivery market with Postmates deal

The acquisition will see Uber ever closer to consolidating its delivery service business. 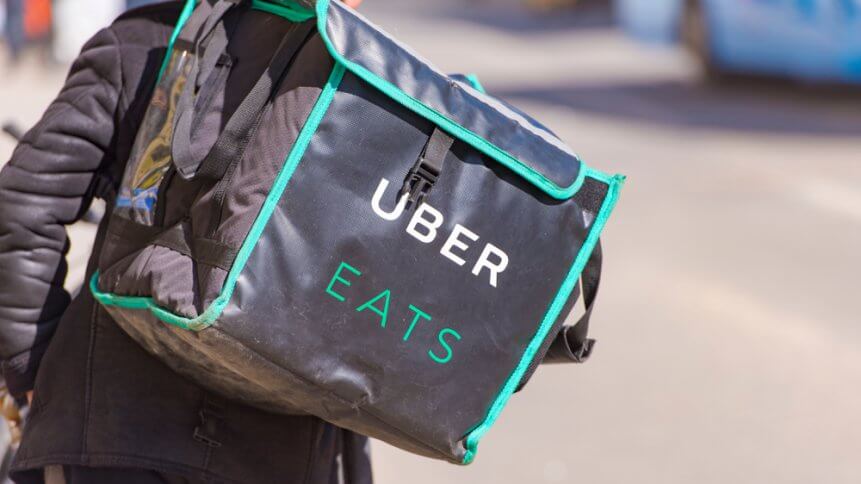 Uber is expanding beyond its core business model. Source: Shutterstock

Uber is on track to acquire food-delivery startup Postmates in a US$2.6 billion all-stock deal and is expected to announce the tie-up on Monday, as reported in Bloomberg. 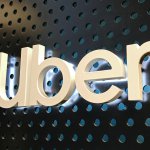 The takeover fits in with the tech giant’s ambitions to offer a wider range of services to consumers’ doorstep. The move will help Uber gain a stronger position in the US food delivery market alongside its delivery of groceries and other staples, spurred by coronavirus pandemic-induced lockdowns across the States.

Last month, Uber missed its chance to acquire Grubhub, as European food delivery giant Just Eat Takeaway bought the company for a cool US$7.3 billion. Based on a CNBC report, the ride-hailing giant may have pulled out of the deal due to antitrust concerns.

A good indicator of Uber’s standings against its competitors can be found in data sourced from data analytics firm, Second Measure. The company revealed that Postmates comprised of about 10% of food delivery sales in 2019, while Grubhub made up about 32%. Meanwhile, UberEats comprised 20% of sales, with DoorDash leading the pack with 33%.

Even though DoorDash accounts for a higher portion of food delivery sales than its other competitors, Postmates holds a strong fort in Los Angeles and the American Southwest, which are prime locations for Uber Eats.

In May, Uber announced a second round of layoffs that impacted 3,000 employees, with plans to close 45 of its offices and restrategize to suit the current coronavirus outbreak climate. Across major US cities, Uber ride requests have plummeted as much as 80%, and the company reported a loss of US$2.9 billion in the first quarter.

However, the ride-sharing tech company has showed strong growth in its food delivery division. Uber Eats experienced a tremendous surge of use, with gross bookings of US$4.68 billion. This is an increase of 52% from the same quarter last year.

Uber’s ride-hailing services have been hit hard by the pandemic, as governments across the world issue stay-at-home mandates. While restaurants and retailers are asked to shut tight to foot traffic customers, there has been a surge in demand for their food and grocery deliveries. As a response to the heightened demand, Uber offered a waive in delivery fees across the US and Canada and extended its business model to deliver essential goods and parcels. 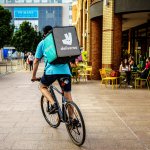 How food delivery apps are set to spend on location tech

The expanded services were not limited to the US: In Portugal, Uber collaborated with the national postal service, CTT, to deliver parcels. In Australia, the ride-hailing giant worked with local veterinary clinics to deliver pet supplies, and in South Africa, the tech company joined arms with the Bill and Melinda Gates Foundation and the Western Cape Department of Health to deliver medical supplies.

The pandemic has pushed the company to diversify its portfolio by focusing on delivery services, instead of ferrying people across city sights, the ride-hailing giant is delivering on-demand goods such as food products, pet supplies, and medicines.

The acquisition of Postmates holds a suite of potential to help Uber grow and consolidate its delivery services. Adding to the mix, the tech company’s vigorous trials and development in autonomous technology could propel its progress to deploy autonomous delivery services — future-proofing its business.

“Despite the ongoing economic impacts of COVID-19, organizations are taking this time as an opportunity to pursue acquisitions. It may come as a surprise considering today’s business uncertainty, but we saw a similar pattern occur during the Great Recession,” Dr. Sanja Licina, Future of Organizations Lead at Globant.

Research has shown that companies that made significant acquisitions in the last economic downturn outperform those that did not in the long run. TechHQ featured Uber in a recent piece exploring companies that emerged from the financial crisis.

Licina continued: “For Uber and Postmates, it is critical for them to consider the mergers of the organizational cultures to promise long term success. Company success after M&As can only be achieved if leadership has a deep understanding of the heartbeat of their organization, especially to ensure business continuity during such unprecedented times.”