Interconnectivity – the key to the next generation of automation 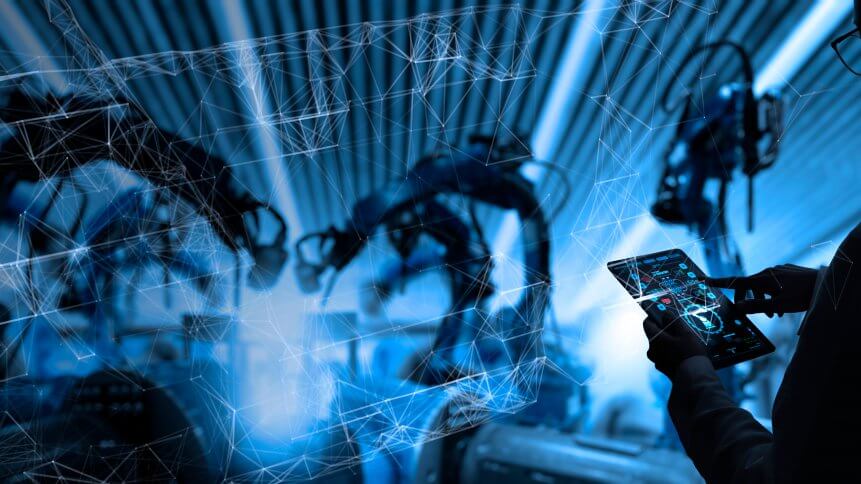 One of the significant advantages of what has become known as “the cloud” has been the ability to easily create instances of low-cost, easily created online applications for a myriad of uses. It’s been a perfect situation for millions of businesses across the globe: need an HR complaints portal? Click here. A slick invoicing solution? Click here. Even a full, organization-wide ERP is waiting at the end of a web browser, waiting to be spun up.

For entire departments, divisions, and smaller working groups and/or individuals, that type of capability has been a godsend. Plus, IT departments’ roles have morphed into those of protectors and enablers, ensuring that users can log in and interact with multiple could instances safely and efficiently.

The fly in the ointment is that no two organizations work in quite the same way. As a result, two people in the same workspace may be using two entirely different services; one on the internet, the other using an in-house application. At the same time, someone else might prefer a similar but incompatible internet-based version that does something similar, but has a greater number of features, but does, effectively, the same job.

That situation has led to data silos — applications using their own information and only sharing it via complex interfaces, or manual exports, or via some system that requires a technically competent developer to unravel.

The solution has often been a unifying framework platform, capable of pulling these discrete data silos’ information into one metadatabase. New applications can see the bigger picture and work from a “canonical source of truth” from that centralized lake.

Unfortunately, that can put companies back to square one, whereby the one central app doesn’t prove suitable for all users, who turn to their preferred apps and service… and so, the cycle restarts.

It’s much more efficient to leave the end-users their choice of solution (after all, who knows better than the local expert?) and have each system interface with all the others via APIs. That way, the people at the sharp end work the way they want, but can, theoretically, interchange relevant data with other systems.

That’s the theory of RPA solutions (robotic process automation). They aim to circumvent some of the complexities of API interchange, and at least partially automate the exchange of key data – acting as automated, partially intelligent “translators” (or “parsers”) of data.

This theory is born out in practice: most internet traffic is API traffic and has been now for a couple of years. It seems APIs are set to rule the network: internal LANs, and out there in internet-space, too.

RPA excels in removing the need from human operators the need to repetitively undertake the mundane chores better accomplished by tireless silicon. Moving data from A to B, adding data from application C and virtually “pasting” the lot into app D. That’s all well and good, and does indubitable drive efficiencies, and RPA routines are proven time and again to reduce error rates (bored humans make more mistakes, robots make none). But RPA isn’t smart enough to do very much with the data they pass (or parse), other than what they have been shown how to do.

Enter the next generation of automation-come-coding platforms: the smart automation systems that can quickly and easily build discrete applications and services.

These solutions (we feature two of our choices, below) are capable of creating clever applications that operate within the changing app and service landscape of the modern enterprise, building powerful code that literally can change the way an organization works.

Of course, traditional DevOps teams have always had that sort of ability. But the arcane lore of your average developer causes a rift of understanding between the people who are driving each business function (the workers at the sharp end), and development teams. Here, however, low-code automation systems of the new generation come into play.

While no-one is making claims that the solutions featured below can be used by a ten-year-old to spin up a powerful ERP, the facts remain. By combining “citizen developers” — professionals with a firm grasp of their role and what they need the software to do — with traditional DevOps practitioners, companies can break down the data silos, create better business processes, use the software to make smart decisions on the fly, and drive the organization forward in digital leaps and bounds.

Technology such as OCR (optical character recognition) and voice-to-text have been around a few years now. Seen as borderline witchcraft on their first emergence, both technologies are now practically run-of-the-mill. But it’s just those types of technology, and their newer iterations, that are being used in this new generation of smart automation systems.

By using, for example, the fuzzy logic systems of machine learning algorithms, the code layers created by the business user can interpret sentiment in language, learn a range of content in email traffic, and parse documents received by the organization that are well outside the norm: unfamiliar invoice formats, scans of documents and signatures, text chat streams — all become viable sources of information that these new-gen systems can work with.

The results are applications that, as standalone units, can help change the way your business runs, yet keep onboard the apps and services installed locally or in the cloud that the people in the business use every day.

And as your company changes its needs, and thereby its choices of the apps and services it uses, the new-generation automation systems adapt and blend, too.

We recommend checking out either of the following to see how this cutting edge technology will change your organization forever.

We’ve covered Catalytic’s offerings before (see links below), but it’s worth revisiting some of the platform’s features in the light of some of the above text.

As the enterprise grows, the platform scales easily too: it’s suitable for enterprise use, where your older Access “apps” or macros fall down when put to the test.

Usable by any “citizen developer” capable of writing (or understanding) an Excel macro, and now rapidly becoming a favored tool used by “traditional” developers, too, we recommend this powerful platform. Read more in short form here, and at greater length here on these pages.

Mulesoft has carved itself out a position as very much the high-end of the automation providers. Like Salesforce and SAP, it’s a company that has a vision for its particular niche and has dedicated enormous sums on both developers and infrastructure, as well as spending some significant marketing dollars to help it to achieve that end.

The API layer between applications in the Mulesoft environment is presented in its Anypoint platform, which manages, distributes, governs and optimizes APIs — the critical points of information exchange across the enterprise.

The platform manages the complete API lifecycle, providing a framework for APIs to be formulated and designed, published, and distributed.

As well as multiple API management tools and techniques, the global business that is Mulesoft ensures that differing geographic governances over data protection are always adhered to, with the Mulesoft Anypoint Management Center providing an active monitor for API oversight. When API routines get overstretched or start to back up, policies can respond with automated routines, or flag for human intervention.

This is an end-to-end solution for organizations that wish to outsource (to technology) much of the technical complexity of API management.

You can hear from Mulseoft’s CTO, Uri Sarid, on our Tech Means Business podcast for a deeper dive into the company’s vision for an interconnected world.