The Boeing Starliner program has turned to the human-eye resolution of Finnish VR company Varjo to train astronauts. 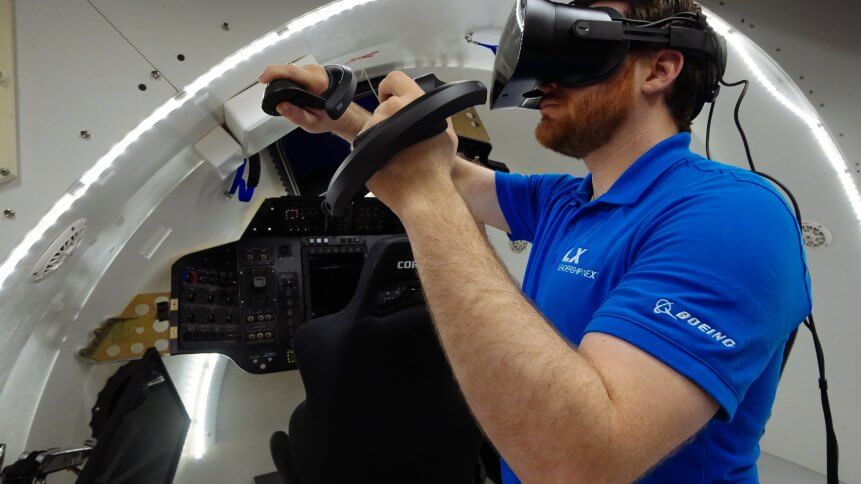 Launching a spacecraft from “zero to orbit” takes just 12 minutes, but it takes years of training and hundreds of hours of complex training simulations. When the training ends and the mission starts in earnest, everything must run flawlessly.

The Boeing Starliner program transports astronauts to the International Space Station and a reusable craft developed in partnership with Nasa called CST-100 Starliner is what gets those astronauts up there.

With no margin for error, the Starliner crew in Houston is always looking for innovative new ways to train its crew, and that led it to Varjo’s incredibly-detailed VR technology to immerse astronauts into these space flights without leaving planet Earth, and anywhere in the world, outside of state-of-the-art fixed simulators in Houston. 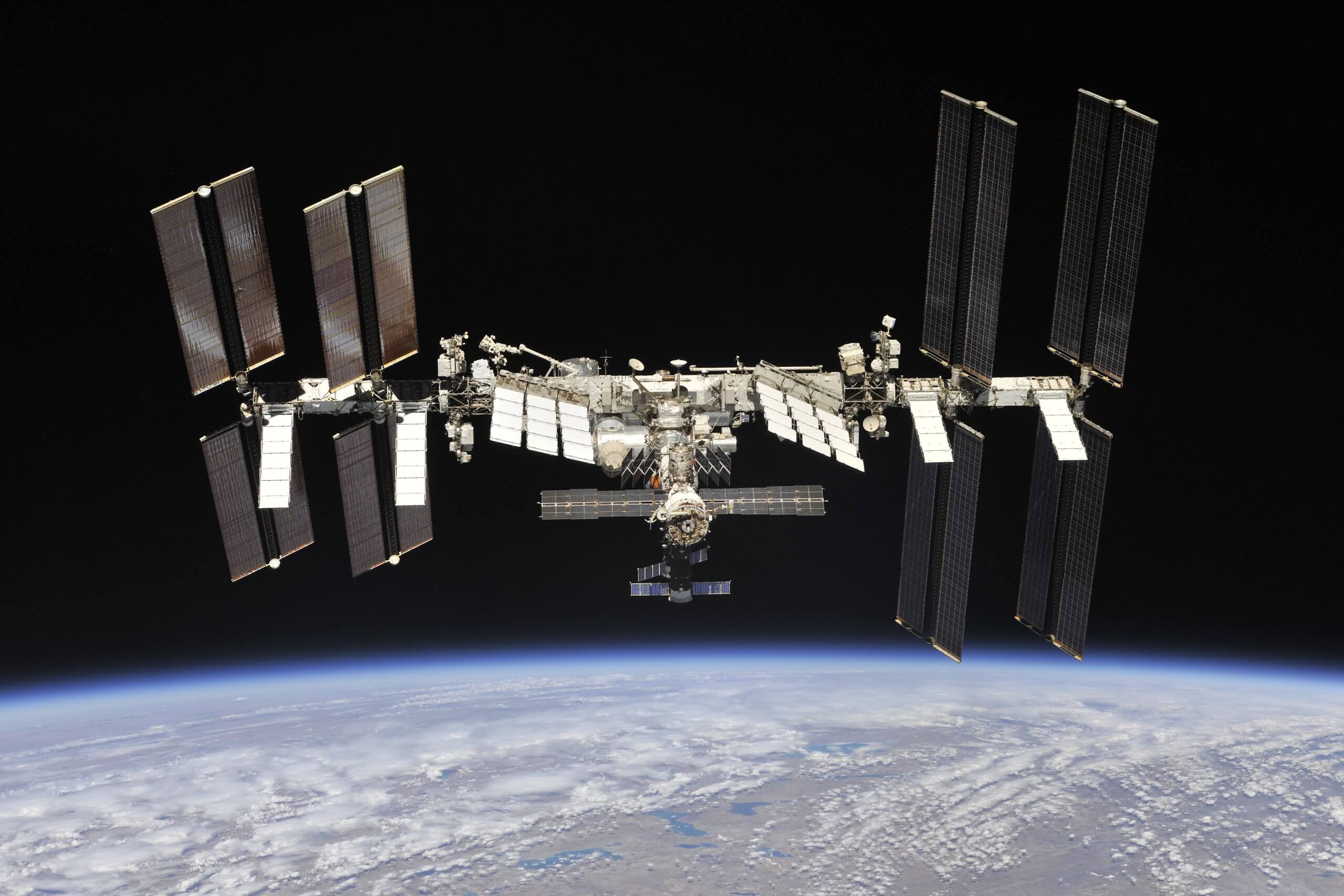 VR is being used to train astronauts to dock spacecraft with the International Space Station. Source: Boeing Starliner

Varjo’s technology is unbeaten in the world of VR in terms of the level of detail it can provide users. Aimed at the commercial market, the Finnish firm’s headsets have been used in nuclear power stations to train operators, and within the automobile sector to develop and test hyper-realistic interiors, reducing the need for expensive prototypes. TechHQ last year spoke to the firm’s CEO, Niko Eiden, on the firm’s ambitions last year.

While VR has been used by NASA’s astronauts for years, so far low resolution means that training across the full spectrum of safety critical scenarios – including operating the spacecraft and docking with the 420-ton ISS – haven’t been possible.

With Varjo’s VR-2 headset, the crew can see instruments from a normal distance in high-resolution, enabling much more realistic training. Astronauts need to be able to read displays – which are about the size of an iPad – while operating the simulated craft with their hands or controllers. Limitations of earlier headsets meant astronauts had to lean in close to the display, but then they couldn’t see their hands, making it unsuitable for accurate simulations. 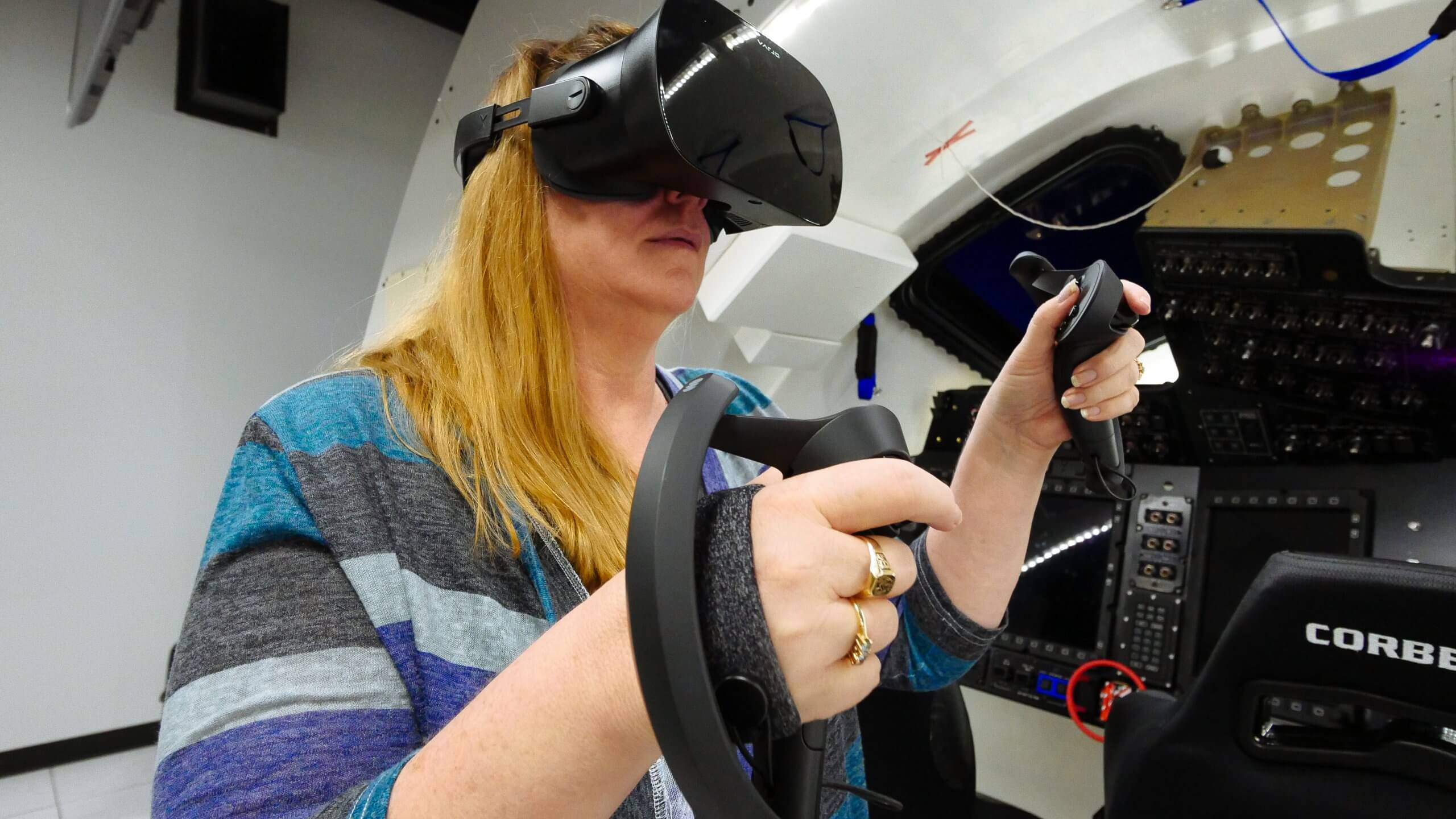 When the first crewed missions aboard CST-100 Starliner takes place in 2021, Connie Miller, programmer at Boeing Starliner – and one of the engineers that has been working with VR in spaceflight simulations – expects the crew will have racked up hundreds of thousands of hours of training with the human-eye-resolution VR, across simulations of launching, docking, re-entering the atmosphere and landing phases.

Boeing developers in Australia 3-D modeled the Starliner console using Unreal Engine, and in Houston, the virtual training applications were integrated to the physical simulators. But one of the real benefits of the system is that, unlike its fixed simulators, the VR system bring flexibility to the training. The team can bring the CST-100 Starliner to various sites, tailored to individual users, which include astronaut Chris Ferguson.

“This system allows astronauts to train outside the physical simulators in Houston while still being plugged in with crewmates and mission control teams,” Miller told TechHQ. “The photo-realistic resolution of the headset gives astronauts the same feel and control of interactions they have in the simulator itself which is a model of the spacecraft.

“The benefit is that this is a portable system, one that can be carried in a briefcase and can be used anywhere,” Miller continued, “It’s been used in Houston remotely during evaluation and will soon be used in Florida by Boeing astronaut Chris Ferguson so he can work in Florida and train with his crewmates who are in Houston.”

While the VR system has yet to be fully incorporated into the training program, owed to delays related to the pandemic, Miller said the initial response had been “terrific in evaluation”, reporting positive feedback from the astronauts that had used it.

Varjo is a relatively small player against other XR competitors such as HTC  and Microsoft, but has cornered the commercial training market with its VR-2 headset which is capable of defining details like “the stars in the sky, or the wings of insects.” The company works with an impressive roster of clients including Saab, Airbus, Siemens PC, Audi, and Volvo.