RPA is all the rage – but is it really worth its salt?

Let's remember that RPA isn't transforming systems and processes, it’s only automating them. 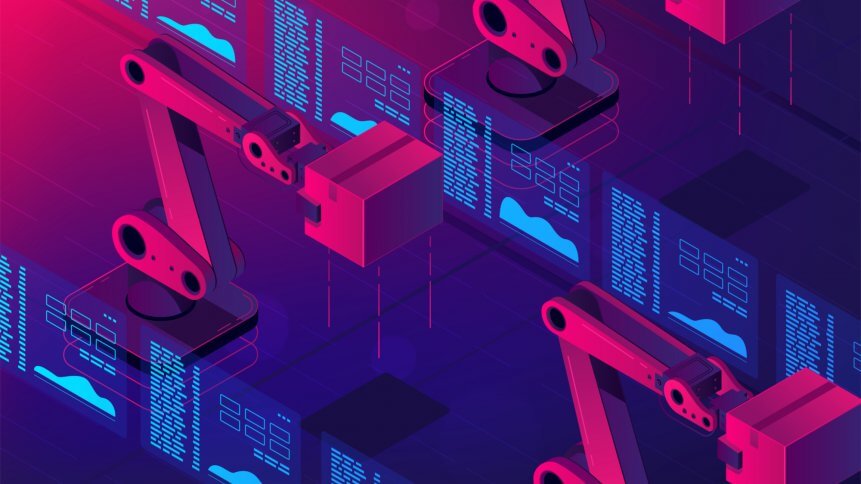 RPA is nothing magic. Source: Shutterstock

RPA (Robotic Process Automation) is all the rage in enterprise technology – it has been for a while now.

There’s a reason for that enthusiasm, of course. The automation software, which mimics user interactions with applications and systems, has huge power cutting man-hours, reducing errors and gaining efficiency.

Those are all important traits that will become magnified as the economy slumps post-pandemic, and businesses aggressively adopt tech that can save costs and drive faster, efficient business.

The RPA market – made up of numerous players like SAP, Pegasystems, UiPath, Another Monday and Cognizant – is expected to net US$12 billion by 2023, up from US$5 billion in 2019.

And it’s easy to find success stories to back that value up. Last year, for one, insurance firm AXA claimed it had saved nearly US$200K after deploying 13 RPA scripts or ‘bots’ across the business IT.

Helping employees with mundane, admin-based tasks, such as filing correspondence with customers around insurance claims, use of the software was attributed to saving 18,000 people hours.

But for every one of those case studies, there seems to be even more tales of RPA challenges, which is making ROI from this expenditure hard to achieve for many. According to research by HFS, not meeting expectations on return is the reason 30 to 50 percent of RPA projects fail entirely.

For those organizations that keep projects running, maintenance and control issues are burning a hole in their pockets. According to Forrester, close to half (45 percent) of organizations suffer from poor customer support and engagement due to bot breakage on a weekly basis, or more regularly.

That means that too often, many businesses must revert staff back to manual operations which should be automated, with business resources and efficiency taking a hit as a result.

It is perhaps a misunderstanding of what RPA is capable of that is leading to those pretty mediocre success rates. As reported by IT Automation Without Boundaries, Gartner’s Derek Miers described RPA as “integration scripts, for moving from system one to system two.”

While doing that reliably, repetitively and regularly can provide a lot of value, it’s not a ‘magical’ or ‘smart’ tool that can simply be switched on; “It’s ultimately a script. And that’s how you should think about it,” he said.

In order to automate processes with RPA, bots have to be trained to their specific user interfaces, that cannot simply adapt, and that means that when an application is updated or replaced, bots can no longer function properly, meaning processes fail or data is incorrect.

In a presentation at Gartner Symposium, Miers described a case where a bank in Southeast Asia deployed 2,000 bots across its team’s desktops, but had failed to track which bots were being used for which processes.

“They wish they could roll back the clock and never have done that. Because they don’t know which part of the bank is going to stop working on Monday morning, if they change an application.”

RPA, by its nature, isn’t transforming systems and processes, it’s only automating them. Businesses should first explore how they can better orchestrate the process or task first. If the process is complex and cumbersome, it first be simplified before being automated.

Miers explained that rushing to invest in RPA can lead to technical debt further down the road. It’s not going to be the best tool for companies that want to implant agile, scalable automation systems.

“Don’t get me wrong, there is a lot of value in the RPA market, as the integration method of last resort. If it has an API, use it. If you haven’t an API and you have an old system that you know you can’t get rid of, use RPA. It’s pretty simple. It’s good at that sort of thing.”

The acquisition of Softomotive last month by Microsoft was a sign of things to come for the RPA market, according to a press call by Pegasystems CEO Alan Trefler, reported by Computing.

Trefler called his competitor Softomotive a “simplistic package”, adding that the purchase was a “surprise” given that Microsoft had already claimed to have the capabilities it acquired through the purchase.

Pegasystems entered into the RPA scene with its own acquisition of OpenSpan. As noted by the publication, its Pega Infinity RPA is used by very large corporations, and has therefore had some immunity for the RPA ‘hype-swing’ in the marketplace.

On the RPA market as a whole, Trefler said it was “horrifically overvalued” and that smaller vendors were likely to see “very sharp declines in revenue”, and that will lead to more consolidation and companies “scoop up nearly dead firms for their parts.”

“People have realized that they’re not going to get end-to-end intelligent automation from a bunch of the robots being brought in. I mean it was wishful thinking, and I think those birds have come home to roost,” he said.

Those are harsh words, but they perhaps add some gravity to buoyed discussions around RPA’s transformational power, and the lofty estimates of the market’s worth a few years’ down the line.

Deployed effectively, with an organized approach, to legacy systems and processes which don’t require constant updates or changes to data formats, RPA can still serve a valuable purpose.

RPA might be a good tool for the arsenal, but it’s perhaps not quite the technology it has been hyped up to be. That said, advances making the software more quickly-customizable and adaptable are constantly being made, particularly in the area of low-code solutions, and use of AI and machine learning.

“Low-code simplifies the work of developers, whether they be building applications or constructing bots,” IT industry analyst, Jason Bloomberg, told TechHQ.

“But even more importantly, low-code empowers developers and business stakeholders to work together more effectively to manage change in the behavior of the software,” Bloomberg said.

“Down the road, I envision AI helping to automate the creation of the bots themselves – essentially automating the automation. We’re not there yet, but the potential is encouraging.”