Brain Corp on COVID-19 and the future of robotics

'There is an acceptance that humans can't do everything; robots are phenomenal in addressing those problems.'

Assigned to tasks that are dull, dirty and dangerous, robots have been in use for many years, but they don’t often see the light of day.

Nonetheless, robotics are pretty good at these jobs, driving huge efficiencies on production lines, cost reductions, and making for safer workplaces. Their success in manufacturing has led to a booming industry that’s now worth more than US$40 billion worldwide, according to Grand View Research. 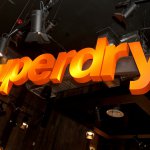 But while these machines toil away in heavy industries, we have yet to see their real potential in the ‘real world’. Visions of a robotics-powered future society remain seemingly distant.

But the recent events of COVID-19 have directed a spotlight on the types of roles robots could play outside of heavy industry. Across healthcare facilities and retail outlets, fleets of robots have been deployed as cleaners – using tools like UV rays to zap microbes from surfaces, in areas where it could be unsafe for human cleaners to tread without protective gear.

There are many creators behind these robots, which have been spotted roaming corridors around the world. But one of the leading players is Brain Corp, whose mission is to push the boundaries of what robots can do for us, away from production lines. While Brain Corp’s robots are focused on cleaning floors – not every surface – amid the pandemic they ultimately free up human workers to provide more attentive cleaning to high-touch surfaces like door handles where the virus could be collecting. That neatly sums up the assistive role the company believes robots could play in society.

Initially, Brain Corp built its roots in the world of neuroscience and exploring the future of computing.

“About six years ago, we decided to take the research we have and enter the robotics market. We decided to design and develop an AI system that would allow robots to actually perform autonomously in very dynamic complex spaces,” Brain Corp’s vice president of product, program, and UX design, Phil Duffy, told TechHQ.

Brain Corp’s cleaning robots have been widely used across some 1,500 Walmart stores in the US, laying a down the gauntlet for the adoption of autonomous robotics in everyday society.  “The value of robots is to handle the dull, dirty, and dangerous works that humans don’t like to do,” said Duffy, who added that the fourth ‘D’ is now data: “humans aren’t very good at counting things on mass.”

In a retail setting, where Brain Corp’s machines clean the aisles, robots can also gather data to increase the efficiency of their work, recording what’s been cleaned and how far they have travelled, which adds new standards of cleanliness to stores: “All the routes and areas they have cleaned are recorded,” Duffy said, “and that’s really important because it now allows retailers and customers to set cleaning compliance and measure against it.”

But in addition to that, they can add value elsewhere which ultimately augments operations and frees up time for human staff elsewhere, such as in more attentive customer service.

Robots are now involved in streamlining the delivery and transport sectors, with robots now enlisted to help retailers transport products and goods from their back offices and production lines and into or out of trucks, subsequently delivering the goods to store shelves so retailers and staff can stack their shelves more efficiently.

“What started with cleaning has evolved to a much bigger platform system than retail,” Duffy said.

The third element, which is shelf scanning and data scanning, will empower retailers with additional insights and more efficient inventory management. Duffy told TechHQ that “as robots are cleaning the floors in retail stores, they’re able to look at what products are on the shelves” and ensure that products are correctly stocked and priced, for example.

The data collected can be tied to a retailer’s logistics program and ensures products are delivered to stores in the right quantities on time, driving a higher level of productivity for the entire operation, while performing a necessary task – floor cleaning – as they do so.

While the mass community recognizes the value of robots during the pandemic that requires minimal human to human contact, robots are naturally at the ‘frontline’ in maintaining hygiene levels. This, in turn, has shifted the general perceptions towards robots and how they can help outside of the most common industrial settings.

“I do think that COVID-19 has really put a spotlight on both cleanliness and the reporting that comes with cleanliness, and with that comes an acceptance of technology and an understanding of what robots could do. And that filters through to all the other areas in life,” Duffy told us.

“There is an acceptance that humans can’t do everything. There is a need to improve productivity and absolutely a need to ensure that the environments that we live in and operate and work in are safe.

“Robots are phenomenal in addressing those problems.”

With robot applications becoming more apparent, or visible, in the real world, they are moving forward beyond the boundaries of controlled environments.

Asked about how the current pandemic would shape the future of the robotics industry, Duffy mentioned that in the retail world, a recent survey by C+R Research revealed that 60% of American shoppers said they are “now fearful” to shop at grocery stores and 73% claimed they are shopping less at physical stores.

Such a phenomenon has pushed retailers to take the necessary steps in reassuring consumers; they are providing a clean environment for customers to shop in, and one of the ways is by investing in technology. And as they are increasingly featured in the day-to-day settings of grocery stores, we will quickly become accustomed to them and their growing presence in society.

“I think there is going to be an acceptance of robotics,” Duffy said.

“The fact that they’re not scary and different looking, and the fact that they are automated equipment that people have seen for decades kind of help, and that paves the way for new types of robots to be employed.”