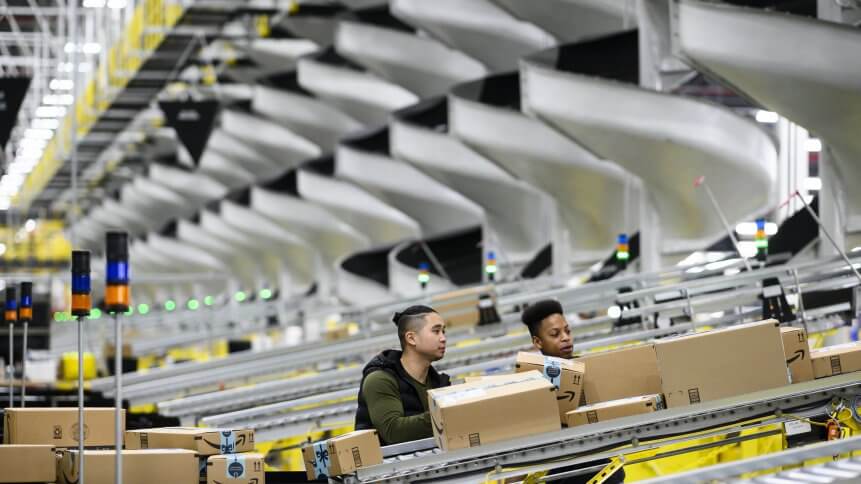 As economies reopen, major companies such as Amazon are planning to repopulate warehouses and facility centers to get the engines firing again. The retail giant is equipping its warehouses with software that will automatically alert employees when they are too close to colleagues. 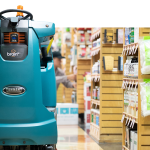 Brain Corp on COVID-19 and the future of robotics

The new software, Distance Assistant, uses machine learning models to distinguish people from their surroundings. Backed with depth sensors, the software is able to define accurate distance measurements between personnel, preventing clusters of people from forming.

“[…] Our ‘Distance Assistant’ provides employees with live feedback on social distancing via a 50 inch monitor, a camera, and a local computing device,” the company announced in a blog post. The system was deployed in several Amazon facilities, with plans for more to be installed in the upcoming weeks.

Alongside a television monitor that highlights workers in close proximity with each other, Amazon is also testing a wearable device to promote social distancing in their facilities.

As reported by CNBC, the tech giant’s wearable tech has an LED light and audio system that will notify employees when they are violating social distancing rules. Amazon will begin deploying the wearable device in its Washington facility.

As the equipment is still in the trial stage, daytime warehouse workers can share feedback about the device and can choose not to wear the device if they prefer not to.

Amazon’s high-tech-high-profile commitment to a safe workplace environment comes after earlier failings in the thick of the pandemic.

There have been eight known deaths reported by media as a result of COVID-19 at Amazon to date, yet the company has faced ongoing criticism for its lack of transparency over the total number of confirmed cases and fatalities, and its lack of information to site staff regarding identified cases at their location. 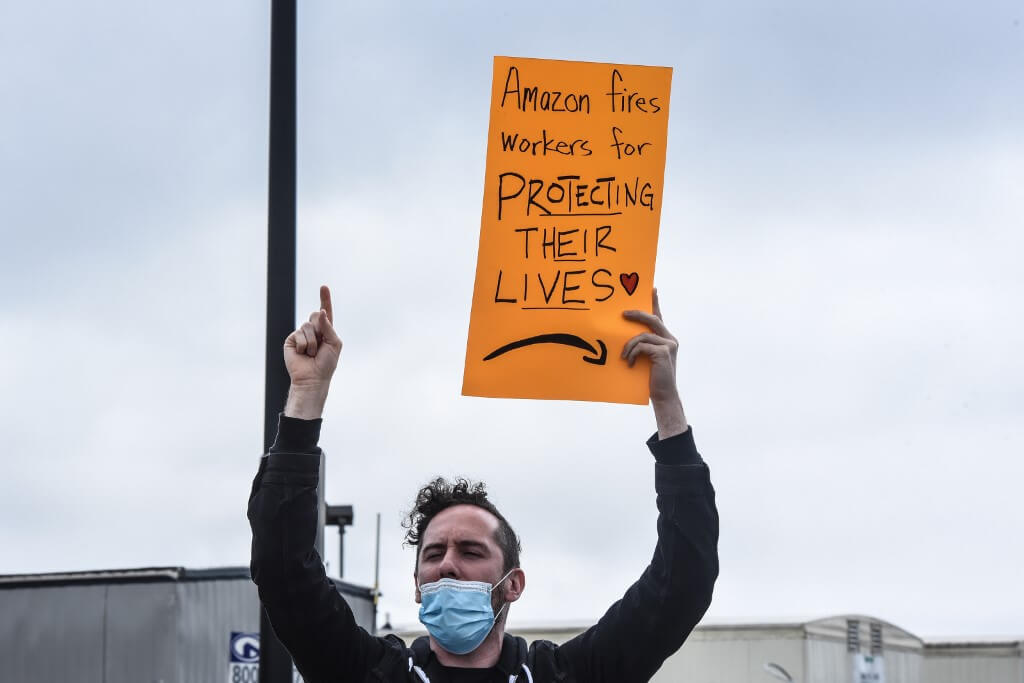 In March, employees at a fulfillment center in Indiana criticized the company for its failure to notify them when a worker was diagnosed with the coronavirus. The tech giant has also had a lawsuit filed against it for unsafe working conditions after an employee contracted the virus at work, which led to several of her household members contracting the disease and her cousin dying as a result in April.

While the world of business begins to drip back into the office life, tech giants such as Twitter have made working from home a permanent option, other tech leaders like Salesforce, Apple and Google are gradually reopening their offices following a post-pandemic theme and welcoming employees with elbow bumps. 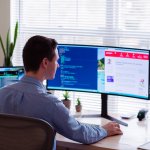 For Salesforce, with about 50,000 employees globally, the company plans to reopen offices following guidelines and rules from a 21-page handbook written after evacuating offices in March.

The back-to-office plan will be deployed in four phases, starting with crucial workers going back to offices first and a gradual increase in filling the capacity of brick-and-mortar offices with more employees returning.

Employees will also be required to wear masks and remain six feet apart from their colleagues. Temperature checks will be available at each floor, and social distancing markers will be visible at all communal areas.

Similarly, Apple’s employees returning to work are required to wear a mask while communal areas such as kitchens and break rooms – once hang out spots for social groups – are closed.

For Google’s back-to-office plans, employee perks such as gyms and nap pods will be closed, and lunches will be served in boxes rather than a buffet style.